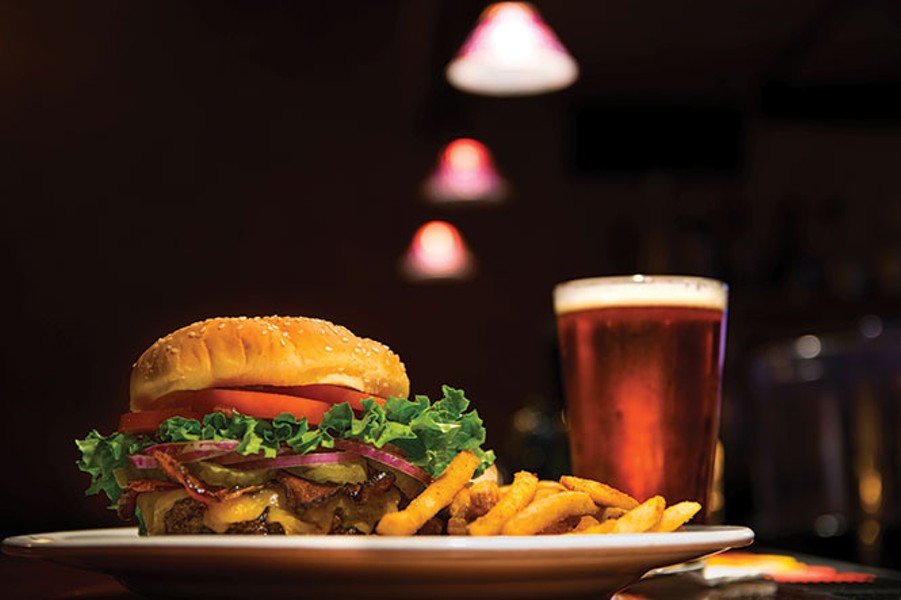 Fresco Out/Trestle Tavern to Come
It was just two weeks ago that I was mourning the closing of Fresco Italian Café. Well, good news, folks: Intrepid restaurateur and head of the Pago Restaurant Group, Scott Evans (along with partners Shannon Evans, Briant Stringham, Wendy Evans and Jameel Gaskins), has purchased the Fresco property and, after "a light face-lift," will open Trestle Tavern at 15th & 15th. The Tavern adds to Evans' eatery empire which includes Pago, Finca, Hub & Spoke Diner and East Liberty Tap House, and will feature 42 indoor seats and 50 more on the patio. The menu will offer casual Eastern pub-style food like chicken paprikash and pierogies, in addition to American fare such as fried chicken and burgers made with local beef. Beer, wine and cider on draft will be the featured libations. "We plan to open in 60 to 90 days," Evans says, "but our opening date and final menu will be set once we build our team."

Gelas Joins PC Culinary Institute
French native Clement Gelas—one of the most talented chefs in the West, IMHO—has joined the Park City Culinary Institute to lead programs for corporate groups, using cuisine as a vehicle for facilitating team-building. Chef Gelas has served as executive chef at a number of prestigious Summit County restaurants including Wahso, Talisker on Main and Waldorf Astoria at The Canyons, and he remains club director of food and beverage for Talisker, in addition to taking on his new role with the culinary institute.

"Learning how to cook as a team is great practice for improving employee communication, time management and problem solving skills," Chef Gelas says. "We create culinary programming that serves as a fun way to build rapport between colleagues and develop leadership skills. Since just about everybody loves food, we use it as a way to inspire teamwork."

For additional information on the institute and its team-building programs, visit PCCulinary.com or phone 435-659-5075.

Quote of the week: Violence is as American as cherry pie.