Is the lower class better off than a couple of generations ago? 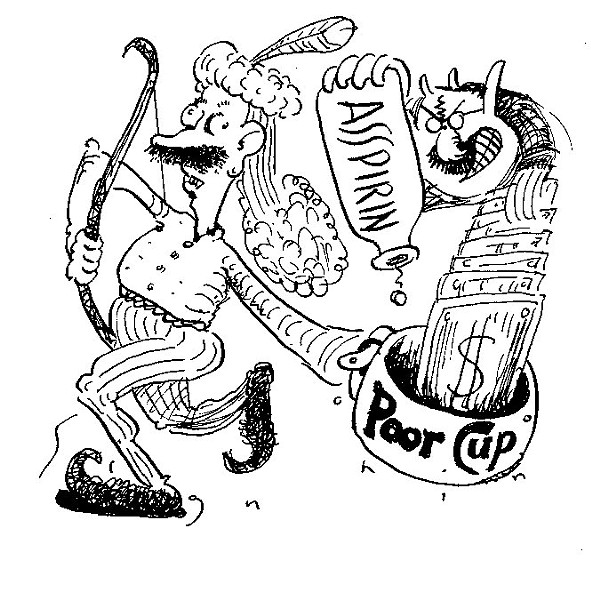 There has been a lot of discussion on the distribution of wealth, particularly to the top 1 percent. I'm wondering about the bottom 20 percent—how do they compare to the bottom 20 percent of 50 years ago? Based on casual observation, it would seem the lowest class is much better off than a couple of generations ago. Is that true, or am I just getting cynical in my old age? —DJ, Minneapolis

As anyone who reads both The Wall Street Journal and The New York Times knows, the answer to this question can vary wildly depending on your political affiliation. We here at the Straight Dope valiantly strive to be a voice of reason in these partisan times, however. Brace yourself for heavy usage of the word quintile.

Worldwide, the lives of people in the very lowest-income countries have improved—or at least they last longer and are punctuated by fewer diseases. Dramatic progress has been made over the past two decades in particular: Life expectancy for the bottom quarter has improved by twice as much as in the highest-income countries. Nearly two billion people have gained access to what the World Health Organization calls "improved sanitation" (i.e., safe drinking water and hygienic latrines). Mortality as a result of TB, malaria, AIDS and measles have all gone down. The maternal and under-5 mortality rates are significantly lower, and there are fewer underweight children. Progress in these areas has vastly exceeded that for the top quarter, and poverty has dropped from 40 to 14 percent worldwide.

That's pretty much the end of the good news. Yes, the poorest denizens of the poorest corners of the world have stopped dying from the most easily preventable of diseases. But here at the other end of the spectrum, we're going in the opposite direction. From the end of World War II into the mid-'70s, overall U.S. economic growth was high, and income inequality significantly declined—the bottom fifth of the population's income increased by more than the top fifth's did for two decades.

Right around the time the mullet was becoming a popular hairstyle, though, it was growing increasingly clear that the golden years were over. Every academic paper pinpoints a slightly different year things started to go south, but the graphs all look essentially the same: Between 1980 and 2005 the bottom quintile's income becomes a straight horizontal line (less than half a percent growth) while the top quintile is at a 45-degree angle (four times that much). The bottom fifth's share of the overall wealth has deteriorated. In fact, the bottom 90 percent's share of wealth has dropped by 25 percent. The richest 3 percent of Americans now own more than half of the country's wealth. As much fun as we used to make of Imelda Marcos and her shoe collection, we now have a less equal society than the Philippines.

But the inequality goes further than income. The gap in life expectancy between the rich and the poor has increased since 1980, as has the risk of death from cancer and cardiovascular disease. The relative risk of infant mortality for the poorest quintile compared to the richest has doubled. Gains have been made in all these areas across income levels, but the greatest benefit has gone to the richest 20 percent.

And the recession exacerbated these differences: Between 2007 and 2012 the bottom fifth's income dropped by 11 percent. The top fifth's income decreased by only 2 percent, and the top five percent of Americans didn't suffer any change at all. The economically liberal will argue that our social safety net needed to work harder—but poverty-relief spending increased steeply after 2009, and U.S. poverty would have been 14.5 percentage points higher without those added benefits. Conservatives will say the issue is laws restricting commerce—but corporate profits have never been higher. The problem is that only a tiny handful of people receive the benefits of these profits. It's not hard to see this as evidence for the threshold hypothesis: the idea that for every state, there's a point where economic growth stops benefiting society as a whole, and instead only serves to make the rich richer.

So where's the Robin Hood in this situation? Some argue we need more college graduates in order to take advantage of the skilled-unskilled wage gap. This worked 70 years ago, when a huge wave of new high school graduates helped provide a more highly skilled workforce than any other in the world. But the globalized economy means American degree-holders would face more competition than ever, and anyway the bottom quintile would likely remain unaffected.

Have things improved for the poor in the last 50 years? If you're a white American male, not by much. (We left out the whole females-and-minorities end of the discussion, but hey, we've only got 850 words.) Are we therefore screwed? Probably not, but I will say I'm glad I'm not the one in charge of the policy decisions, even if it means I'm staying out of the top quintile.