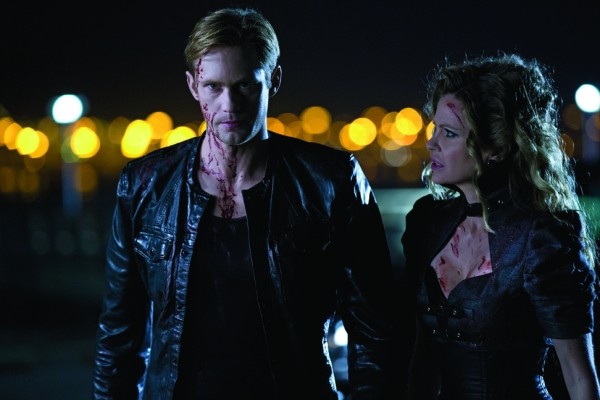 Season Premiere: Let’s just get this out of the way right now: Yes, werewolf Alcide (Joe Manganiello) gets naked in the Season 6 premiere of True Blood, happy? No one else is in Bon Temps, now that Bill (Stephen Moyer) is “Billith,” a reincarnated uber-vampire with seemingly unlimited powers and thus-far unknown control over its host body, leaving the rest of the gang (Alexander Skarsgard, Anna Paquin, Deborah Ann Woll, et al) in fight-or-flight disarray and Jason (Ryan Kwanten) just bat-shit loony. In other wacko developments, the best new character being introduced this season isn’t a vampire, werewolf or any other strain of supernatty: It’s Louisiana Gov. Truman Burrell (Arliss Howard), a slick Southerner playing both sides of the vamp/anti-vamp rhetoric. And then there’s Rutger Hauer, joining the show as … Rutger Hauer? Hard to tell.

Season Premiere: When it debuted in summer 2012, The Only TV Column That Matters™ declared that Sullivan & Son was better than both Charlie Sheen’s Anger Management and fellow TBS comedy Men at Work. Turns out I was only half right: Nothing could be worse than Men at Work. After a particularly strong pilot (for a TBS original), drinking-class pub sitcom S&S then delivered nine increasingly weaker/lazier clones of the same episode—and Season 2 stays the course. I knew this half-hour’s only function was to buffer Big Bang Theory reruns, but now the cast seems to have caught on as well.

Magic City
Friday, June 14 (Starz)
Season Premiere: Sort of a sunnier, cheaper version of period-detail-intense dramas Mad Men and Boardwalk Empire, Starz’s Magic City premiered in 2012 to little notice because it was neither Boss (a buzz-y political wonk-fest) nor Spartacus (a swords ’n’ boobs epic with none of that Game of Thrones plot hangover). Well, look who’s still here and not canceled. Season 1 followed the highs and headaches of Ike Evans (Jeffrey Dean Morgan), a 1959 Miami hotelier in debt to a crazy-powerful—but mostly just crazy—mob boss (Danny Huston) whose trophy wife was being serviced by Ike’s idiot son. To make matters worse, Ike’s also trying to rein in his own trophy wife (Olga Kurylenko), keep a hooker confidante (Elena Satine) alive and get the increasingly suspicious state attorney (Matt Ross—Big Love’s Alby!) off his ass. Community college lied to you about hotel management being an easy gig, apparently. Magic City has plenty of pretty scenery and ugly story to chew on (plus the requisite premium-cable nudity and violence); let’s see if Starz can hype Season 2 into a hit.

Futurama
Wednesday, June 19 (Comedy Central)
One-Hour Season Premiere: Over the course of True TV’s 50-year history, I’ve had the privilege of writing about Futurama’s debut (Fox, 1999), cancellation (Fox, 2003), revival (Adult Swim, DVD and Comedy Central, 2003-05), series renewal (Comedy Central, 2010) and now, sadly, re-cancellation (Comedy Central, 2013). Fortunately, Fry, Leela and the Planet Express crew still have 13 episodes to drop, leading up to a real series finale (unlike Futurama’s nonpromoted 2003 Fox farewell, which opened with “See you on some other channel”) Sept. 4. Then we’ll have to learn to live in a world without Bender … so long, coffin-stuffers!