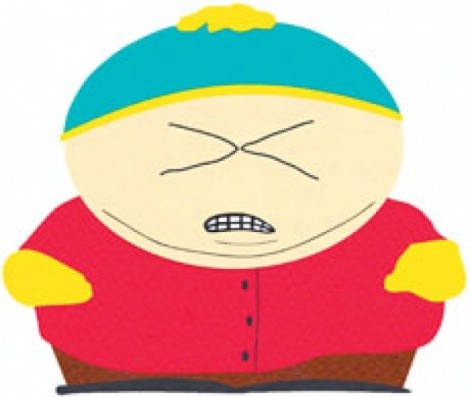 The holiday season is almost over, which means I won’t have to talk/drink through any more awkward exchanges at parties I was accidentally invited to, conversations that usually go like this:

Random partygoer: “So, you cover television—what’s good on TV?”

Me: “Well, I write a column every week that’s available everywhere for free in print and online that points out what I think is ‘good’ on TV, not to mention Monday on X96’s Radio From Hell, a fairly popular morning show. The only way I could make my opinions about television more readily available to you would be to deliver them to you in suppository form—which I’ll gladly do if you’ll just unclench those sweet cheeks. And get me another beer while you’re at it.”

For those of you who do actually read The Only TV Column That Matters™, I’ll reiterate/consolidate everything I told you was “good” in 2007—but only the returning shows you can still look forward to in 2008, and only the cable fare. Broadcast TV is dead; the broadcasters just don’t know it yet.

Comedy Central’s quality control was off this year, but The Daily Show With Jon Stewart remains your only essential news source—at least when the writers aren’t striking. South Park is stronger and sharper than ever, and The Sarah Silverman Program—love her, hate her or call for her nationally televised execution—is the most subversively bizarre series on basic cable (non-Adult Swim division).

HBO may be on the ropes with the losses of The Sopranos, Deadwood and Extras (Best. Series. Finale. Ever.), and the impending end of The Wire (last season begins Jan. 6), but the continually underrated Big Love (family drama with a capital FLDS) and Entourage (not at its best this year, but as long as Jeremy Piven and Kevin Dillon are around, there’s hope) are still worth the subscription. And Flight of the Conchords … as much as I love Tenacious D, I’ll say it again: JB & KG have been served, musical-comedy style.

Showtime has finally become as indispensable as HBO, with an impressively fat slate of excellent original series led by Dexter (putting the fun back in dysfunction and the blood back in bloody serial murder) and Weeds (becoming less about dealing drugs and more about dealing with human fallibility—yeah, deep). Throw in inspired new shows like Californication (which deserves the title far more than the Red Hot Chili Peppers—call the lawyers off, Flea), Brotherhood (a lo-fi mash-up of The Sopranos and The Wire) and This American Life (Ira Glass: TV sex symbol) alongside proven warhorses like The L Word (we’ll always have lesbians) and Penn & Teller: Bullshit (we’ll always have bullshit), and that extra few premium bucks a month is more than justified. Or so I keep telling management.

FX, on the other hand, made the case for quality basic cable with new series Damages and Dirt (neither rolled out strong, but the Season 2 potential is there), and returning subtlety-killers Nip/Tuck, Rescue Me, The Shield and It’s Always Sunny in Philadelphia (all thoroughly pissing off the Parents Television Council, which is music to my ears). But it was the relatively quieter and oddly Showtime-like grifter drama The Riches that cemented FX’s potential as a player that doesn’t always have to shock (except with Eddie Izzard and Minnie Driver’s shifting accents).

I have spoken! And I’m sure I’ll be repeating myself at your party …