Watch this, don't watch that

MIDSEASON SHOWS/REPLACEMENTS
In the event that any of the aforementioned series cannot perform their ratings duty, you may or may not be seeing some of these runners-up before 2013:

The Family Tools (ABC)
When dad (J.K. Simmons) suffers a heart attack, it’s up to his perpetual-failure son (Kyle Bornheimer) to come home and take over his “Mr. Jiffy Fix” handyman business. The cast (which also includes King of Queens’ Leah Remini) ain’t bad, but The Family Tools is only slightly funnier than seeing Ty Pennington nude.

How to Live With Your Parents (For the Rest of Your Life) (ABC)
A single-mom divorcee (Sarah Chalke) falls on hard times and has to move back in with her parents (Elizabeth Perkins and Brad Garrett). Sensing a downward-economic theme at ABC? Another funny ensemble, but bitchier than Modern Family, with fewer pesky “learning moments.”

How to Live With Your Parents

Mistresses (ABC)
Four sexy girlfriends (including Alyssa Milano and Lost’s Yunjin Kim) lead sexy lives loaded with sexy problems and sexy men (same thing—am I right, ladies? Hey-o!), but at least they have one another’s sexy shoulders to cry on. With a lower wardrobe budget, Mistresses would be on Lifetime between Army Wives and Hillbilly Dance Academy.

Red Widow (ABC)
When her lovable-but-mob-tied husband is murdered, a woman (Radha Mitchell) covertly takes on the gangsters and the FBI to avenge his death—oh, and to Protect Her Children (just go with it). If Red Widow sounds like Revenge with an organized-crime twist, ding-ding-ding! You win a bag of faux cocaine; they have plenty. 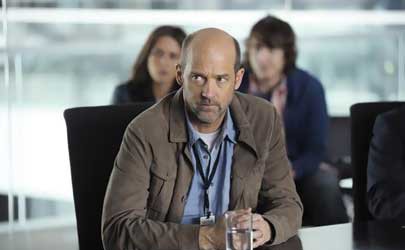 Crossbones (NBC)
Not just a period piece—a pirate period piece! This more-ambitious-than-a-used-car-salesman-on-Labor-Day-weekend series (subtitled The True Legend of Blackbeard … True? Legend?) hasn’t even begun production yet, so there’s still time to sell it to Ion, NBC.

Do No Harm (NBC)
Dr. Jason Cole (Steven Pasquale, Rescue Me) is a successful neurosurgeon who just happens to go on the occasional blackout killing spree—there must be some way to pin this on Obamacare. When nice guy Cole flips into sociopathic alter-ego Ian Price, he’s dangerous, murderous and, yes, way more fun. Make the show about him, already.

Dracula (NBC)
Wait, wait—come back! Sure, it’s been done 1.2 million times, but this version stars Jonathan Rhys Meyers (The Tudors), and it’s from the producers of Downton Abbey. Finally, something for the moms of Vampire Diaries viewers.

Infamous (NBC)
A detective (Meagan Good, Think Like a Man) is out to solve the mysterious death of her former BFF, a socialite heiress—even if she has to risk being seduced by Hamptons high society.
Equal parts Revenge, The Killing and Tyler Perry’s Caddyshack.

Next Caller (NBC)
Aw, hell no: Sparks fly when a cynical satellite-radio shock jock (Dane Cook—yes, Dane Cook) is forced to share his frat-bro show with a perky NPR recruit (Collette Wolfe, Young Adult). They threw in “satellite radio” to indicate that Next Caller isn’t a 1997 UPN pilot. 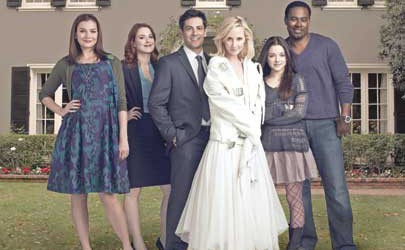 Save Me (NBC)
Anne Heche (Hung) stars as a Midwest housewife who has a near-death experience after choking on a sandwich (product-placement alert, Subway). Upon awakening, she realizes that she can talk to God, much to the skepticism/dismay of her husband (Michael Landes) and his mistress (American Horror Story’s Alexandra Breckenridge—mmrrow). As long as you have Him on the line, Anne, could you ask him to tell HBO to bring back Hung?

The Goodwin Games (Fox)
Three estranged siblings (Scott Foley, Becki Newton and Jake Lacy) stand to inherit $20 million from their recently passed father (Beau Bridges)—if they play an elaborate set of “games” he’s left behind and learn Valuable Life Lessons to, wait for it, Become Better People. Funny stuff, once you get past the idea of a math professor having $20 million and Newton even being the same species as Foley and Lacy.

The Carrie Diaries (The CW)
Sex & the City: The Early Years: The obtusely named AnnaSophia Robb stars as 16-year-old Carrie Bradshaw arriving in New York City in 1984 … and, that’s it. No young Samantha, Miranda or Charlotte, no cable-level sex zingers, just another CW series about pretty zygotes in the big city. HBO has a better version, called Girls—watch that.

Cult (The CW)
Cult is a TV show about a TV show called Cult … wha? This is already too complicated for The CW.