True TV | Pop Off! Season 2 of The Bad Girls Club comes to an end; America weeps 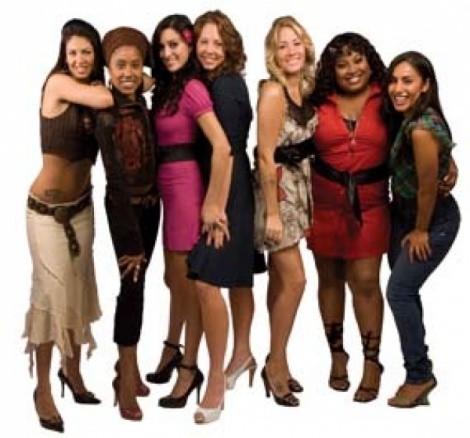 When Season 2 of The Bad Girls Club (Oxygen; season finale Tuesday, May 13) premiered last December, The Only TV Column That Matters™ doubted it could live up/down to the substandards set by the skanktacular dream team of Season 1: Drama, tears, catfights, ill-advised hookups, blackout-drunk rampages—Valuable Life Lessons were surely learned by all, as per the show’s “purpose.”

That “purpose,” I believe, was to assemble a group of women whose angry, controlling behavior had hindered their relationships, careers and lives in general, and have them work through their issues together. What better way to facilitate The Healing than cramming them together in a reality mansion fully stocked with cameras, alcohol and sharp objects? Bunim-Murray Productions (previously the originator of The Real World and The Simple Life) is obviously a humanitarian outfit, and I’ll hear nothing to the contrary. Good day. I said good day, sir!

After an unstable blonde was kicked out of the house for drinking her weight in tequila (math: about two fifths) and assaulting two other unstable blondes in the second episode, Season 1 of The Bad Girls Club became more about smack talk than action. Nothing wrong with that—until the Season 2 cast jacked up the verbal abuse and the booze intake and the catty violence to the point where even the Rock of Love 2 ladies were asking, “What is wrong with those ’hos?” (Direct quote—we were all watching the premiere episode together at Richie Sambora’s house.)

I have a dream, Mr. Obama, and it involves several rounds of cherry-vodka Mind Wipers.

While the women have been learning to get along with/emotionally scar each other more effectively over the past six months, America has been learning as well. Like, when a limo ride to the nightclub begins with “I hope a fight doesn’t break out tonight,” is then followed by a fight at said nightclub (usually between various Bad Girls and pixilated-face clubbers who are “hatin’”), capped with a tearful “I can’t believe a fight broke out!” on the limo ride home, and then the entire process repeats itself in the next episode, it’s simple science: Always bring your reality-TV camera crew along to the club, because a fight might break out … because of your reality-TV camera crew.

The Bad Girls Club 2 is a hateful, stunted and utterly effdup group of subhuman morons (especially Neveen—but she works in “morning-zoo radio,” so it’s expected) hurtling toward a violent and horrific finale Tuesday. And, perhaps worse, a May 20 reunion show hosted by the even-more-reprehensible Star Jones. Naturally, it’s going to be !Awesome!

And I don’t just toss around the “A” word like I’m on Ace of Cakes: After 22 episodes of inebriated fisticuffs, emotional torture and more blurred nudity than a TBS presentation of Showgirls, I expect, nay, demand nothing less then Hanna’s empty, bloodied head on a stick. Yes, Hanna’s. Neveen may be more of a terrible, terrible person, but at least she’s not boring—there’s no bigger crime in reality TV than being dull, especially within a group as dynamically unconscionable as this. Way to never step it up, Hanna; enjoy your post-Bad Girls Club life free from eternal YouTube embarrassment and ridicule … actually, never mind.