Truth Be Told, The Knick 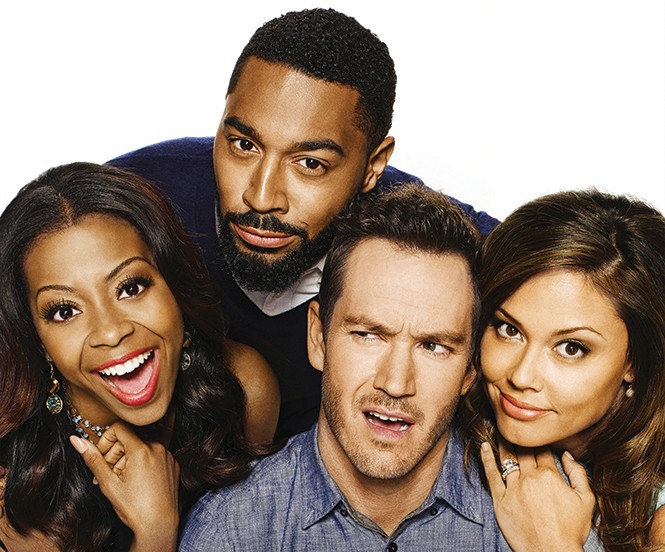 
Series Debut: Mark-Paul Gosselaar (Franklin & Bash and, of course, Saved by the Bell) has proven he can do funny, as has Tone Bell (the best part of last season's Bad Judge). Unfortunately, they're saddled with a tepid, laugh-tracked bro-com that's paired with the still awful (but now "Live!") Undateable on Friday nights, and a lone creative note from NBC that reads "We've given up on comedy. Just fill 30 minutes and turn out the lights when you leave." At least they changed the name from People Are Talking—because that makes all the difference—and ponder this: As aggressively awful as Truth Be Told is, it's still better than any of the new comedies NBC has in the production pipeline. I've seen it ... the horror ... the horror ...


Season Premiere: The debut season of Breaking Bootycall, er, Satisfaction, at least had an out-there premise for a USA series: When white-collar drone Neil (Matt Passamore) discovers that his neglected wife, Grace (Stephanie Szostak), has been sleeping with a hired male escort, he decides to become a man 'ho himself to understand her motivations ... or something. Essentially, in season 1, Satisfaction was gorgeous people having sex with even-more-gorgeous people for 10 episodes, culminating with a sorta-reconciliation and oh-so-soapy cliffhanger of Who's Going to Be Shot? (by the pissed-off husband of one of Neil's "clients," laying the irony on thick). After Mr. Robot, Satisfaction doesn't seem so groundbreaking for USA, but moving the show to Fridays is an interesting play—how better to cap off the week than with 48 Modern Family reruns and a dysfunctional sex soap?


Season Premiere: Producer/director Steven Soderbergh somehow made the wincingly effd-up medical system of 1900 New York City fantastically entertaining in Season 1 of The Knick—and, despite what the trailers and promos suggested, it wasn't entirely due to Clive Owen's performance as ambitious cokehead doctor John Thackery. The visceral detail and emotional punch skirted the edges of American Horror Story: Old-Timey Hospital, but remained grounded by a solid supporting cast (period dramas live and die by their ensembles) and the conceit that this is all historical-ish. Season 2 finds the Knickerbocker Hospital on the verge of moving to cheaper digs uptown, Dr. Thackery in less-than-promising cocaine/opium rehab, and the staff scrambling for power in his absence. Oh, and there's a "new plague" to contend with, as well. Happy viewing!


Movie: You're forgiven for being unaware that we're now halfway through Syfy's "31 Days of Halloween," which has featured such Saturday-night original fare as Night of the Wild (meteor infects dogs; dogs chomp townsfolk), Ominous (parents wish dead child back to life; child comes back even more evil and annoying) and now They Found Hell: A group a brilliant-and-of-course-good-looking college students working on a teleportation device accidentally open a portal to Hell and end up trapped there, hunted and tortured by demons (original title: They Found Hell and It Totally Sucks, Brah). Dumb fun, but for a more thoughtful rendering of life in the underworld, seek out Adult Swim's Your Pretty Face Is Going to Hell.


Special: And the countdown to the hotter-than-hot comedian finally bailing on her Comedy Central series Inside Amy Schumer—or at least slowing down production to Louis C.K.'s Louie levels—begins in 5 ... 4 ... 3 ... 2 ...