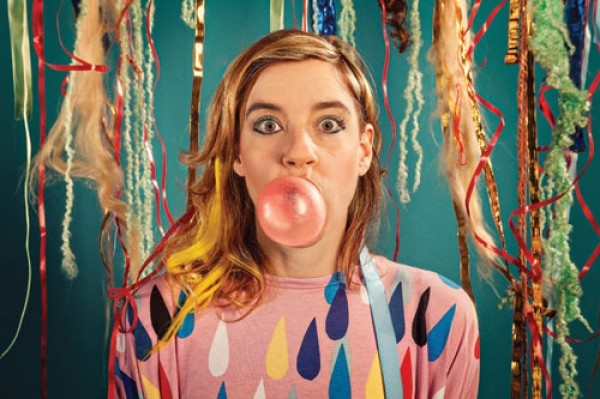 There’s nothing like that first listen of an album by songwriter/multi-instrumentalist/wizard Merrill Garbus—the mastermind behind Oakland, Calif., globally influenced folk-rock band Tune-yards—when your ears are completely unprepared for the wild journey she’s about to send them on. On Tune-yards’ third album, Nikki Nack, Garbus continues her unfettered explorations into revolutionary musical territory, creating her engaging and utterly fresh soundscapes with seemingly reckless abandon.

The 13-track album begins with “Find a New Way,” a restless but hopeful moment of introspection in which Garbus urges herself to press onward despite doubt and anxiety. Next is the kaleidoscopic, impossibly catchy single “Water Fountain,” which features the sing-song chorus “No water in the water fountain/ No side on the sidewalk” and metallic percussion that gives the song a sense of being performed with a variety of found objects. Garbus seems to sum up her frustration with life in “Hey Life,” on which she sings/raps “I don’t know where to go/ But I can’t seem to go slowly, no.” And she doesn’t express herself only musically on Nikki Nack; she reads a poem in her comically inflected storytelling voice on “Why Do We Dine on the Tots?” Through Garbus’ command of drum loops, her powerful voice and multiple instruments, Nikki Nack’s defies categorization, but it’s her vulnerability and, ultimately, confidence that elevates the album to manifesto status. May 6, 4AD 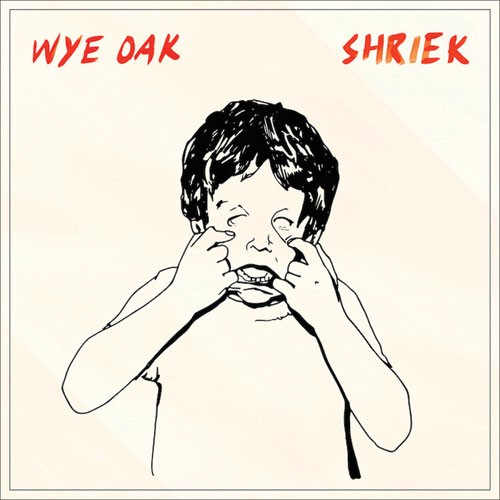 For Wye Oak’s new album, Shriek, the Baltimore duo have headed in the opposite direction from their haunting, Americana-rich 2011 album, Civilian. Trading in gently rolling guitar lines for gauzy tapestries of keyboard effects, Wye Oak have completely reinvented their sound as electro-pop, with the only remaining familiar elements being lead singer—and, now, bass player as well—Jenn Wasner’s ethereal vocals and thoughtful songwriting. And Shriek proves that Wye Oak’s instincts led them true throughout the dramatic departure, as the album is nothing short of stunning.

“Before” starts Shriek with a layered buildup of several different synths, displaying Wye Oak’s impressive skills on the new equipment, and also seems to be ironically titled, as the band’s musical “before” couldn’t be further away from this unheard style. In fact, titles that contrast the song’s feel or subject matter are common, such as with “Paradise,” which buzzes with scattered, tension-filled percussion and evokes a sense of impeding doom. The title of “Glory,” however, is spot-on: A weighted but dance-y beat drives the song forward, but moments of dazzling light fill the chorus. Thankfully, Wye Oak kept their mysterious lyrics, such as on “Despicable Animal”: “If I lead us to water/ Will you promise to drink deep?” The album’s closing track, “Logic of Color,” ends it on a satisfyingly strong note, with Wasner’s gorgeous voice interwoven perfectly with mellow beats and glittering atmosphere. April 29, Merge Records