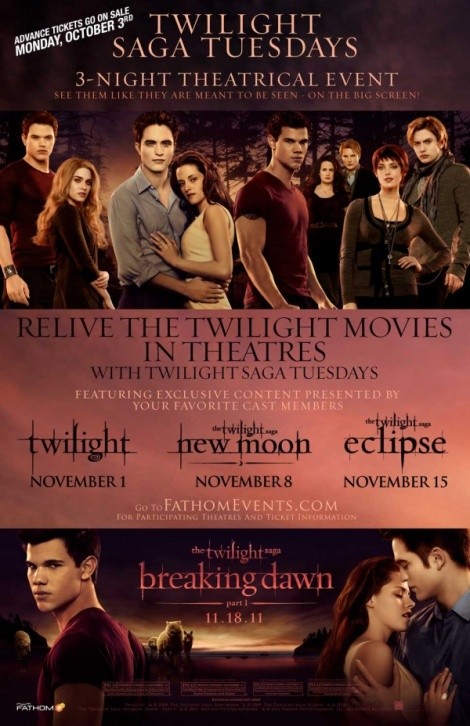 During this first Twilight Saga Tuesdays event on November 1st, Twilight will be shown and fans will see an exclusive reel that will include behind-the-scenes footage from ComicCon 2008; fan footage from the Twilight Premiere; as well as commentary from cast members about their experiences making Twilight, and how the unprecedented fan turn out set the film and cast on the road to stardom. Also, for the first and only time on the big screen, fans will be treated to a special clip of Robert Pattinson performing the song, “Bella’s Lullaby,” which is featured in Twilight. (RSVP on Facebook)

You can purchase tickets at the theaters directly or through Fandango.com. You can also join Salt Lake City Twilight Fans, a local fan club of The Twilight Series, at The Union Heights location each Tuesday at 7:00pm.