Many in denial about living in brick "death traps" 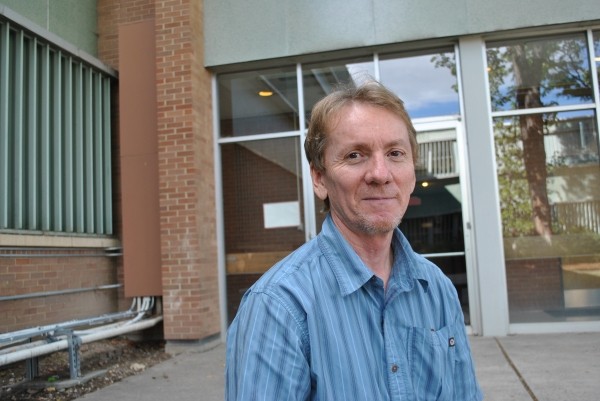 Larry Coats was a English/psychology graduate living in Arizona when he was hired to use his climbing skills to help a researcher get to remote cave sites in the Grand Canyon and look for Ice Age fossils. The project was hugely successful, and as Coats’ interest shifted from climbing to science, he decided to go back to school and learn about it. Now a paleoecologist, Coats has been teaching at the University of Utah since 2004; his Introduction to Natural Hazards class, taught fall semesters, is a popular choice for geography students and undergraduates interested in learning about some of the more terrifying aspects of nature.

Really, how big is our earthquake danger?
An earthquake here is absolutely inevitable, and it literally could happen at any time, including the next 10 seconds while we’re sitting here talking. But in geologic time scales, it might happen 300 years from now; it could potentially happen 1,000 years from now. There’s no way of predicting—other than probabilities—when exactly that’s going to happen. There are great grinding forces going on right now—stresses are accumulating, rocks are nearing their strength limits to hold things in place, and when that happens, the fault slips and the earthquake occurs.

Is it true that we’re 160 years overdue for a big earthquake?
We actually have a quite good record of movement on the fault through a lot of geomorphic work—we have a pretty good record for the past 10,000 years or so. We can talk with some confidence about the last three or four events on the faults pretty solidly, and we can look at the timing on those events. One of the big topics in seismic research is, how much does the past pattern apply to the future pattern? If things are happening in a kind of regular, clockwork manner, then, yes, we can say something pretty solidly about “160 years overdue” or whatever. But we don’t know—there’s really no understanding at this point of whether earthquakes can operate on a quasi-periodic time frame—maybe they’re real consistent for a while, and then they don’t do anything for a while, and then they’re consistent again. Those types of things are big unknowns in seismic research.

Do you constantly feel worried, given all your knowledge?
It is an interesting focus. What I do throughout the year is track events through the media as they come up. I maintain a spreadsheet and collect images and video clips when the event occurs, because that kind of information tends to fall out of the public perception as time goes by. As an intro to the class every year, I basically just review what the past year has brought us. The list is never short. Sometimes it’s more impressive than others, but it’s always long, always multimodal—lots of different types of hazards. Flood hazards, seismic hazards, volcanic hazards, tornadic hazards, etc. I guess one of the things that strikes me the most is watching the media accounts immediately after something happens somewhere—Hurricane Sandy, or the tornado outbreak in the Midwest—and seeing how shocked everyone is: “Oh, I couldn’t believe this could happen here.” And what I can’t help doing is putting Salt Lake’s face on that. That’s just the same look of shock that everyone in Salt Lake is going to have when that earthquake hits. And again, that might not happen in our lifetime. Or it could happen in the next 10 seconds.

Should downtown-dwellers resign ourselves to certain death?
The brick bungalows are the classic kind of death traps. What we call them in the lingo is URMs—unreinforced masonry buildings, which means that what maintains their integrity is the mortar between the bricks. There’s nothing maintaining the outside of that. That’s a very brittle system, and when you shake it, it doesn’t maintain its form very well. I decided to take down one of my chimneys that’s no longer in use—I live in a URM in Sugar House—and I did it by just lifting the bricks off by hand. In a 1917 bungalow, that mortar is so deteriorated that you can take it apart by hand.


Salt Lake County has more URMs than the entire state of California. That was the common construction method for so long, and that’s what many, many of the older houses here are. In California, where they have active earthquakes all the time and have had seismic standards in place for a much longer period, they’ve gradually phased out of those buildings, and gotten rid of them as much as possible.

How can you, of all people, live in a brick house?
I’m in as much denial as anyone in Salt Lake—just hoping that it doesn’t happen within the next 20 or 30 years. The worst part of my year is [in class] when we get to earthquakes. I spend a significant amount of time really educating the students on the situation we’re in, what’s going on with the fault, what we know about it, what the evidence of past events are. The Wells, Nev., magnitude 6.0 that occurred a couple of years ago can give us an example of what impact a much weaker earthquake would have, much less the full-strength one that we would probably have here. Whenever I’m teaching that unit in the class, I do not have really pleasant nights. I ponder it a lot.

Is the purpose of the class to terrify people?
No. First of all, it is an earth-science class, and I want them to understand the processes, and then talk about realistic mitigation. I constantly ask them to consider the role of the hazard czar—a person who has a limited amount of money to throw at a problem but is responsible for minimizing the hazards of that problem as much as possible. You can start thinking about what we should be doing, what is impractical, etc. One of the things that comes up in the Legislature each year is doing a seismic study of all the elementary and public schools in Salt Lake. Every year, that’s shot down because it would cost money, and as soon as they did the investigation, they would find out that many of those buildings need to be replaced. In the Sichuan, China, earthquake in 2008, the people who really took it the worst were the kids who were in school in underbuilt buildings.

They made a big deal about the [University of Utah’s Marriott] library being remodeled and upgraded. Primarily, what that was about was that that building is five floors of concrete slabs that were supported by brittle concrete pillars. And if you started that concrete shaking, those pillars would fail, and five floors would pancake to the ground. That would be a death trap for a lot of students in there. One of the first upgrades they did on campus was that building. What there are under those decorative pillars are big steel cross-strutted reinforcements that hold all those floors in place. It’ll shake, stuff will fall off, but those floors won’t pancake.

The class is scientifically driven. We start off talking at some length about what science is. That’s one thing the media hasn’t been very good at explaining well to the public. We talk about what the term “theory” means. If we use the term theory, does that just mean that it’s flimsy, it might go one way or the other—or is this the most rock-solid interpretation we have of all the data we have available? That’s really what theory means in science—it’s quite robust. Then, I spend the class not just making great pronouncements about, “Yeah, an earthquake is going to hit any minute.” I present them with the data, we talk about the data that’s available, what’s missing, how we get those data, the limitations of those data, and then at that point, I’m hoping that they’re educated enough to start drawing their own conclusions. Do these data support that hypothesis? That’s always my goal—to do this in a very rigorous, scientific manner, not just telling stories about stuff in the past. History can play into this—there are some historical documents that can help us out—but for the most part, we are using pretty robust scientific data to talk about it.

What are some “ludicrous” methods of hazard preparation?
Frankly, a lot of what we’ve done for flood control, when you look at it as a hydrologist, as someone who understands how water works, they’re the exact opposite of what you should have done. But now we’re kind of stuck. Levees are about the worst thing you can do for flood control. They contain the river, and they allow much more volume to be achieved, rather than just letting that water flow out over the flood plain and dissipate. They’re contained, so the floods are greater, they’re faster, they’re completely rewired for a much more damaging situation. In that case, we’re stuck with the legacy that started 150 years ago, and now it would be an unbelievable task to dismantle all that and return it to the natural environment.

Are there more natural disasters happening or is just because the media reports them?
Yes, there are, but here’s why: We just surpassed 7 billion people on the planet. As more and more people are on the planet, more and more of them are going to be close to active natural processes and suffering from them as hazards. It’s not an illusion in any way. And the media does cover them better, yes, we can see more graphic demonstrations of their power. But the fact is, there are more people on the planet, and more of them are under the gun for natural processes than ever before.

Is climate change affecting the disasters?
In a number of ways, and some of them very poorly understood. What violent weather is all about is clashes between warm, moist air masses and cold, dry air masses. The more extremely different those air masses are, the more potentially violent those clashes can be. There’s every reason to believe that violent weather will get more violent, to some extent. Bigger hurricanes, maybe more hurricanes, maybe more strong hurricanes, maybe more tornadic storms. The problem is that we only have very solid data on that since we’ve had satellites—since the ’70s, basically. And since then, we can talk about changes in frequencies, and certainly there seem to be more strong hurricanes than there were previously—not changes in number or frequency, but the hurricanes that are forming seem to be bigger and stronger hurricanes. But there’s argument within the community about that pattern—is that an aberration we’re just picking up on because we a limited set of data, or is that really going on? At any rate, most of us agree that we expect to see more violent storms, but we don’t have the long-term data yet.