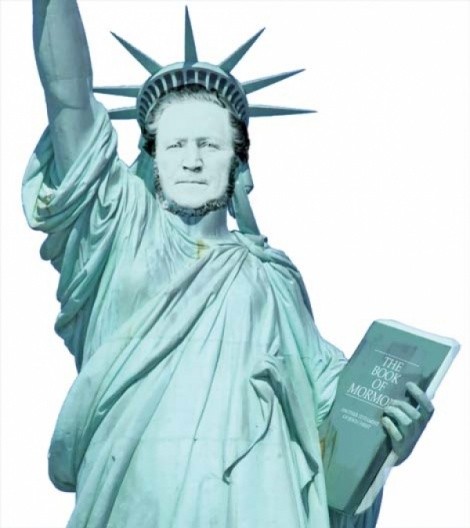 Immigration Judge William L. Nixon was on the verge of tears. A Hispanic single mother convicted of fraud for using a fake social security number she bought 20 years earlier was before him in federal immigration court in the summer of 2006, facing deportation.

She had no money for a lawyer and was representing herself, since people in deportation proceedings do not get public defenders. Behind her in the small, windowless room sat her four children, one of them with Down syndrome and severe heart issues.

Nixon’s clerk was first-year law student Aaron Tarin. “It will kill me to leave my babies here, but I will if I have to leave,” Tarin recalls the mother saying. Her children, she said, needed a better life. Tarin had to restrain himself from leaping over the bench to represent her.

Nixon and Tarin went to the judge’s chambers, where they went over the case law. “It was the first time I understood the perils judges find themselves [facing] in a case where their heart is telling them to allow a person to stay in the country, and the cold, hard hammer of the law requires them to bring down the gavel,” Tarin says.

Nixon praised the woman as, Tarin says, “one of the most valiant mothers who had come before the court.” While Nixon told her he would have been “greatly pleased” to grant her legal residency in the United States, the law compelled him to deport her.

“To see an unjust result happen—candidly, it was almost like the day I found out Santa Claus wasn’t real,” Tarin says. No other area of the law, he believes, has such deficiencies and can produce such devastating human tragedy. 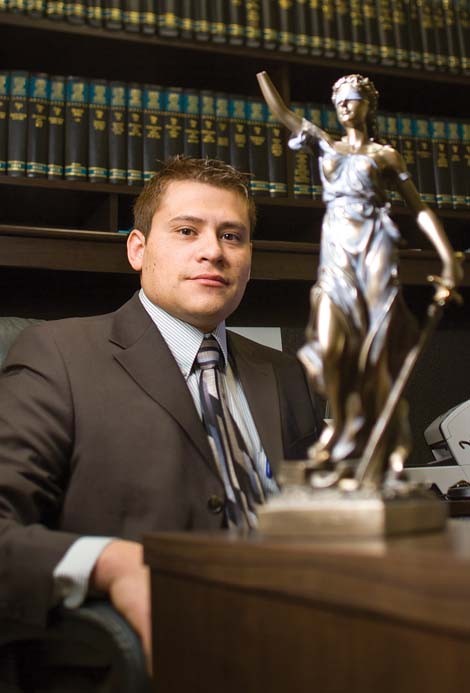 In September 2009, not quite one year into serving as an immigration attorney in private practice, it was Tarin who was fighting back tears in public. He was providing testimony of his faith in The Church of Jesus Christ of Latter-day Saints and its founder, Joseph Smith, at a Hispanic LDS ward in Lehi. Tarin told the congregation, many of whom were undocumented, that he knew the struggles they were going through with immigration. “I know it’s part of God’s plan. Hang in there, don’t get discouraged, continue to live the gospel, obey the commandments, and have faith something will change.” As he talked, he remembered how tense it had been as a child “living in the shadows,” while his mother struggled, ultimately successfully, for legal residence.

Tarin, now 29, grew up with Hispanic parents in the small farming community of Delta. His father came from El Paso, Texas, his mother from LDS colonies in Mexico. He recalls going into a playground and speaking Spanish to children on a merry-go-round, only for them to stare at him strangely. So, to fit in, he shunned his family’s Hispanic heritage and language.

On his LDS mission to Mexico City slum Tepito, the then-19-year-old not only rediscovered his Hispanic roots but also had a religious epiphany. Mexicans constantly asked him if he knew Britney Spears, how tall the Statue of Liberty was or if he had visited Disneyland. Many wanted to come back to the United States with him, an impulse that many attribute to economics, but one Tarin sees differently. “The real motivation is spiritual; they’re led here by the hand of God.”

He believes that Hispanics crossing the border to come to Utah are following God’s plan. In The Book of Mormon it is prophesied that close to the second coming of Jesus Christ, the people of Lamanite descent, whom Tarin interprets as being primarily Hispanics, would experience a spiritual and physical gathering in the Americas. In particular, they would come to the United States and Utah to, he says, “be exposed to the [Mormon] gospel.”

In the past four years, according to a recent Immigration Policy Center study, the percentage of Latin American LDS members has climbed 70 percent to 2.5 million, equal to 30 percent of the church’s total membership. Latinos, whether in Utah, the United States or in South America, will make up 50 percent of the LDS Church by 2020. All this, Tarin believes, is part of what the LDS faithful call the “Second Coming.”Spend time with Tarin, and you end up seeing Utah’s immigration debate through the eyes of some of Utah’s estimated 110,000 undocumented immigrants, according to the Pew Hispanic Center. Not only does he defend people facing deportation, he also fights to punish anyone who he thinks is guilty of malpractice in immigration law. When he loses in court, when families are ripped apart or law enforcement commits injustices, it’s the Lamanite prophecy he falls back on. “It’s the principle always in the back of my mind that helps me know what I’m doing,” he says. “No one came to this land except by the hand of God.” Whether in court, in jail or in his office, when a client walks in, “I definitely have a sense of providence, that it’s not entirely a coincidence that we crossed paths.”

That sense of providence, however, puts him in opposition to many in his own church who hold strikingly different views about Hispanic immigrants. When Tarin returned from his Mexican mission, he was shocked by the racism he found among the rank and file of Utah’s LDS congregations. “On the outside they were very religious and Mormon, yet they espoused views and anti-immigrant positions that, in my opinion, were against the doctrine of the church.”

Tarin has no doubt that they should help. In the Lamanite prophecy, he says, Lamanites “will be nourished by the gentiles, so literally the prophecy is coming true.” Indeed, until the Utah Legislature recently targeted undocumented immigrants—especially with Senate Bill 81, which passed in 2007 and went into effect July 1, 2009—conservative Utah was seen as a welcoming state to those without legal status, with its driving-privilege cards and in-state tuition for undocumented children. Hispanic nonprofit Comunidades Unidas Executive Director Sabrina Morales says, “Immigrants came here because they felt they could live in a less fearful situation and raise their American citizen children in a state that feels more welcoming to them.”

Such a welcome, particularly from the LDS Church, makes many conservative LDS members irate. “They believe the church is harboring aliens,” Tarin says. “They’re aiding and abetting a crime […] by allowing illegal aliens to be baptized and given financial assistance.”

Yet he believes The Book of Mormon is written “for our times,” he says. “If that’s true, I don’t see how we can ignore the teaching on an issue as pressing as immigration.”

FALLING INTO THE WRONG HANDS
In 14 months of private practice, Tarin has completed 50 cases, 70 percent of which have had favorable outcomes, he says, with 64 cases still open. That still leaves 30 percent of what he says are “heartbreaking, grueling cases of screaming children and crying mothers. Each loss is brutal.” He says he’s had to come to terms with losing because, in immigration law, “the odds are stacked against the immigrants.”

Evidence of those stacked odds is apparent one early December morning outside a nondescript single-story building close to the Salt Lake City International Airport. A van with covered windows pulls up, and a dozen men in jail garb climb out in single file and shuffle, ankles and wrists manacled, into immigration court.

“Within these walls, we get to determine who participates in the American dream and who is cast out,” Tarin says.

All that stands between the undocumented prisoners and deportation that day are three pro-bono lawyers, including Tarin. The lawyers sit in a narrow, cramped corridor interviewing detainees to assess their cases. One Anglo lawyer struggling with Spanish asks Tarin to translate an English verb for him, as his detainee-client looks up at the lawyer with large, unblinking eyes.

“%uFFFDComo caiste en las manos de immigracion?” Tarin asks the first of several men and a woman he offers pro-bono advice to. That translates to, “How did you fall into the hands of immigration?” Roofer Jesus Lopez Hernandez says he was charged with a felony but the case was dismissed. “I’ve been here all my life, since I was 14,” he says. “I didn’t expect to be rich. Just to be poor and happy.” He wants the judge to grant him voluntary deportation, which would allow him a glimmer of hope to return legally, Tarin says.

Judge Nixon isn’t so obliging. Hernandez admits to convictions he hasn’t told Tarin about but claims they were false arrests. Before denying Hernandez’s request for voluntary deportation, Nixon says the detainee’s pattern “is it’s never his fault, yet he pleads guilty.” Hernandez shuffles off with a half-smile to deportation and a 10-year ban on legal re-entry. That half-smile, however, suggests Hernandez may attempt to cross the Mexican-U.S. border, something that Tarin says demonstrates how broken the immigration system is.