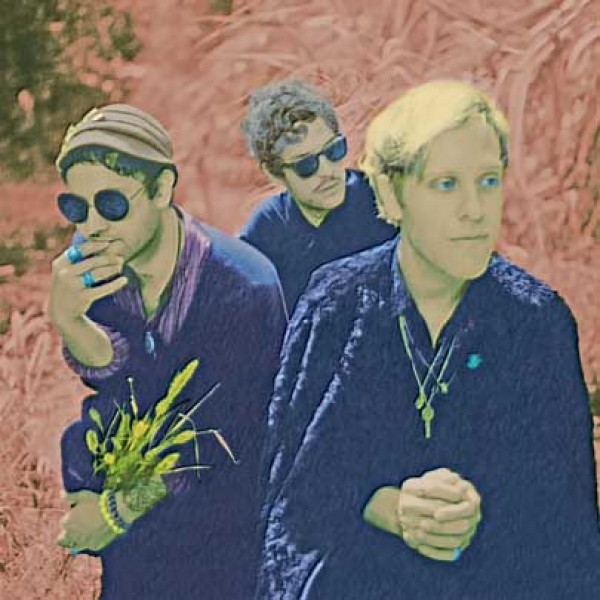 Talk about your meteoric rises. Right now, Unknown Mortal Orchestra bassist Jake Portrait is hanging out in Donald Trump’s green room at Late Night With Jimmy Fallon. Just a couple of years ago, the Portland, Ore.-based musician was part of a hastily assembled band based around Ruban Nielson’s buzzy songs. Now, he’s eating from The Donald’s deli tray. As we speak.

Rock & roll dreams do come true, kids. Except the way Unknown Mortal Orchestra came about doesn’t exactly fit the model. It’s certainly surreal, the way Nielson quit his band (The Mint Chicks), moved from New Zealand to Portland to be with his family, and secretly made music that eventually stole bloggers’ and critics’ hearts. But there’s not so much of the yearn-struggle-scrape. Which makes Unknown Mortal Orchestra’s story so much cooler than your typical success stories.

After Nielson’s friends found out about his new music and circulated the link, things mushroomed. Pitchfork and the rest of the tastemaker music mags came courting. Unknown Mortal Orchestra was snatched up by Fat Possum Records, champions of backwoods bluesmen (T-Model Ford, R.L. Burnside, Junior Kimbrough) and original benefactors of bands like The Black Keys, Heartless Bastards and the Smith Westerns. And their self-titled 2011 debut blew right up.

Now, they’ve just released a new record, and “we’re selling out almost every show—Japan, England, most of the U.S.,” Portrait says. “Our next seven shows are all sold out. It’s so crazy. It happened pretty quickly, but we put in a lot of work.”

And here he is, sneaking into Donald Trump’s Fallon green room like a boss. You see, Unknown Mortal Orchestra played the show the previous night. Today, Portrait is just hanging around to see his friend Tyler the Creator’s performance. At the moment, he is indeed an uninvited guest in Trump’s temp digs. Portrait simply needed a place to plug in his phone so he could take this call. So, while it’s not like he’s palling around with The Donald, it’s still gutsy, it’s still rock & roll. Right down to the backstage pranks. You may already have seen the proof of this one floating around the ’Net.

“Tyler the Creator ran up behind Trump,” Portrait says, “pulled his shirt up over his head, and someone snapped a photo of Tyler grabbing his nipples behind him.” And when City Weekly beseeched Portrait to eat from The Donald’s deli tray, Portrait instantly laughed and said, “[The cheese] is in my hand. Seriously.”

It’s good to take opportunities to blow off steam. Especially when you’re suddenly rock stars, you’ve played 400 shows over two years, you’ve switched labels and you’re on your fourth drummer in that time frame. It helps keep things in perspective.

New drummer Riley Geare is “basically the best fit that we have had as far as personality goes, and the most talented drummer as well,” Portrait says. “We’ve had our ups and downs, our weird times.”

Portrait says Unknown Mortal Orchestra’s new album, II, released on the Jagjaguwar label, is informed by some of those ups and downs. “It’s really dense, just heavier and darker. It’s not as playful as the first one. It’s a little more honest and straightforward.” Anyone looking for more details, he says, can glean them from the lyrics. “[The songs] are about things that were going on when we were on the road. It’s pretty brutal.”

Fans of the first record will appreciate how II is still as musically adventurous, a headphone head trip that’s as right for introspection as it is for rocking out. To “honest” and “straightforward,” one might also add “confident”—this is a pseudo-pickup band that has truly jelled, and is enjoying their trajectory. “We’re pretty content—and definitely stronger, ready to do all this touring,” Portrait says. “We’re amped up and ready to go.”

Ready to go is good, too. It seems Portrait’s jig is up. He’s been busted. “Can I call you back? I’m being hassled by a security guard. He’s not letting me talk.”

Don’t worry. Everything turned out fine.