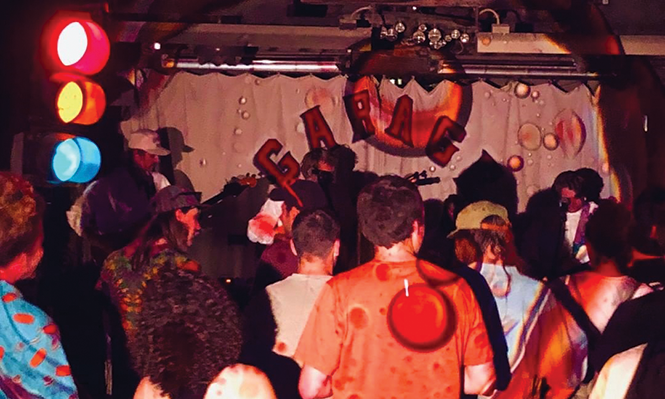 Just a few weeks ago, City Weekly published an update on how local venues were handling both a new wave of the pandemic, and new restrictions that are coming with it, on top of recovering from a year of potential financial ruin with spotty shows and no touring acts. Artists on tour face the same problems. While venues figure out which kinds of restrictions and mandates they want to enact, and work with artists who want things like vaccine mandates for their shows, artists are also doing the thorny work of figuring out how to tour and play responsibly—and even questioning if they should at all.

Despite the still-unsolved questions around the extent to which vaccinated people can spread COVID, this summer every official channel gave the thumbs-up for gathering again. Artists kicked off tours, and locals came out from behind their live-stream screens. But that sense of security was fleeting, and now it's left some folks frustrated at the lack of response about what to do now—now that ICU beds are full seemingly everywhere, while large public gatherings from concerts to college football stadiums are still running with that sense of security from early summer. So, after a year of doing everything right and staying out of the game, many artists are once again being faced with difficult choices to make all on their own.

Local musician Emily Snow's band Durian Durian hasn't played a show since right before the pandemic hit in winter 2020, and just as they were beginning to get ready to return this fall, she now feels iffy about playing again. "I am feeling so weird saying yes or no to playing shows ... like, it's obvious now that to keep things safe and therefore viable to continue, the best thing is to require masks plus vax [records] or negative tests? But there's no consistency," she laments. "Durian Durian was just asked to play indoors at Urban [Lounge] with masks but without vax requirement, and everyone is fine with it but I'm ... kind of not and I ... feel shitty for not wanting to do it. Like how fucking hard is it to just do the safest thing consistently that can make it so we can keep doing this?"

Even some of those who are making the decision to play shows are uneasy about it still. Joey Mayes of the band Monsterhands relocated last year back to his home state of Tennessee, but journeyed back to his adopted musical home here in Utah on Sept. 17 for a Monsterhands tape release show at The Garage. Of the decision to come back and play in real life, he said he felt a little dicey. "I hate it. I'm super nervous about flying to Utah to play one show, and even more nervous about going to Gonerfest with my bandmates," he says, citing a famed punk festival in Memphis. "One idiot can ruin all of it. I just hope the uncooperative get bounced."

Marqueza, a local experimental pop and R&B musician, is worried about the survivability of another shutdown for artists. "I just feel sad and frustrated especially for artists who are 100 percent gig workers," they say. "I feel like there's a general sense of bracing for another winter of wishy-washy protections, unemployment benefits or anything for gig workers that will be consistent."

This also feels like a reason that even fans who have trepidation about whether shows are a good idea or not are going out anyways—to support those artists. Back when the official directive was a firm "stay in," it was easy to stay in. But without that firm direction now, the choice becomes individualized.

Still others are like Ryan Fedor, another local who's been in several bands over the years and is currently playing in Dittocrush, who just released a dreamy new EP, The Devil is Working With Them. He's one of the growing number of musicians resigned to the possibility of shows shutting down entirely again, and says, "It is what it is. It sucks, but better to shut everything down again than keep allowing these COVID mutations to develop and spread."

Another musician, Jacob Peterson, agrees, and also points out that even though many shows have returned in recent months, the atmosphere in the room isn't the same as it was pre-COVID. "I'm just kind of coming to terms with the fact that it's probably the smart thing to do," Peterson says, of avoiding live performances. "Shows right now are a shell of what they normally are and I'm not a fan. There's fewer in attendance at the ones I've been to, and there's just kind of a fear (rightfully so) permeating the night stopping you from really getting into it."

There certainly is something to be said about the awkwardness of pulling a mask on and off to sip a beer at the 21+ venues, the tickle in the back of one's mind as one considers how many other people are doing so at the same time, spreading a few particles between the sip, swallow and ah!

While these different camps of musicians don't form a consensus on whether shows are safe or not, one thing is for certain: Unfortunately, they're on their own in figuring it out.