Advocates worry that the ACLU of Utah has lost its bite.

Carol Gnade may have come to Utah for the skiing, but she stayed for the civil-liberties abuses—or, more accurately, to defend against them. In 1991, the entrepreneur and social worker from Madison, Wis., was on a ski vacation when, during a break at a Snowbird lodge, she heard a news report about the Utah Legislature banning abortions in the state.

She also heard about the American Civil Liberties Union of Utah challenging the bill and phoned the director to ask what kind of team they had to challenge the law. She was told it was just the director, another staff member and a part-time secretary. Gnade asked if she could help.

“[The director] said, ‘Can you come tomorrow?’ ” Gnade recalls with a laugh. “I decided that skiing didn’t seem like fun to me, so I thought it would be much more fun to go help with this outrageous Utah Legislature.”

Gnade (pictured at left) would eventually return and take over as executive director of the watchdog group from 1993 to 2002. Those were fighting years, especially in the early 2000s, when the ACLU of Utah defended gay-straight alliances in high schools and took on Salt Lake City for selling a block of Main Street to The Church of Jesus Christ of Latter-day Saints.

Since 2000, in fact, the ACLU of Utah has been party to or initiated 11 lawsuits.

But all of those legal actions were filed and fought between 2000 and 2005. Since 2005, the local ACLU has filed exactly zero lawsuits. That lack of legal action has local civil-rights attorneys asking: Who muzzled the watchdog?

In the organization’s lawsuit-slinging days, it raised awareness through legal actions and media coverage, but only hosted one community outreach event—a booth co-sponsored with The King’s English Bookshop, passing out literature about the First Amendment and censorship at the Downtown Farmers Market.

Since 2005, the ACLU of Utah has held 14 outreach events, including panel discussions, documentary film screenings and community workshops, according to the organization’s Website.

Could it be that those who would deprive us of our civil liberties learned their lessons from the ACLU of Utah during 2000-05? Longtime civil-rights attorney Brian Barnard doesn’t think so.

“There are many, many statutes, practices and situations in Utah today of egregious and systemic violations of civil rights which warrant—cry out—for litigation,” Barnard writes in an e-mail. “All civil-rights attorneys in Utah have not collectively declared victory and retired.” 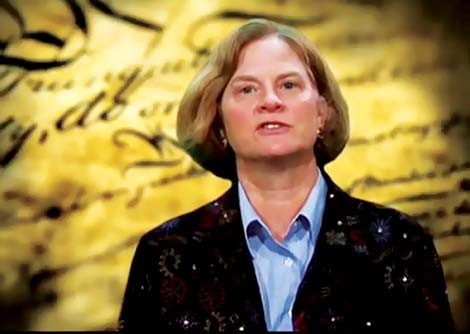 While the ACLU of Utah may be muzzled as far lawsuits go, current director Karen McCreary (pictured at left) says the organization is simply being pragmatic.

“We’ve been giving our attention to what we can do and what’s feasible to do,” says McCreary, citing significant behind-the-scenes negotiating and correspondence in recent years with various legislators, school districts and government agencies.

The ACLU of Utah might not be the courtroom attack dog it once was, taking on everyone from small-town cops to the LDS Church, but the organization is still a vocal advocate. Former ACLU of Utah cheerleaders interviewed for this story, however, wonder how the organization can maintain credibility in the legal community without filing more lawsuits and legal briefs. Even if it avoids epic (and costly) battles, they say it should continue to help the little guys with their smaller, yet still crucial, cases.

A case in point is Joseph Alden Compton, a convert to the fundamentalist Mormon sect known as the Apostolic United Brotherhood. In late 2009, the Juab County judge overseeing the divorce proceedings of Compton—who was representing himself—and his ex-wife ruled that their children could not be exposed to any of Compton’s religious teachings or even visit him in his neighborhood because it was a known enclave of polygamists. His ex-wife feared that the fundamentalists would negatively influence their children.

“I actually talked to the ACLU and, initially, they were very interested,” Compton says. “But for some reason, they said they changed their mind and that they didn’t want to do it.”

John Pace, a Salt Lake City attorney who has worked with the ACLU of Utah on cases, says that local civil-rights attorneys don’t feel the organization is going to bat for clients the way it used to because of fears of negative publicity.

“If anyone should not be concerned about bad publicity, it should be the ACLU,” Pace says.

Educators and Ambulance Chasers
Former ACLU of Utah director Gnade found a lot of her strength in, ironically, not being a lawyer. As the boss of her own public-relations firm in Madison, she extended her vacation for several weeks in 1991 when she helped the ACLU of Utah in its abortion-ban lawsuit. She returned to her firm in Wisconsin for less than a year before accepting a staff position with the ACLU of Utah, which soon led to her promotion to executive director.

It was during her almost 10-year tenure that the ACLU of Utah picked some serious fights, defending the likes of Wendy Weaver, an American Fork High School teacher fired for admitting to a student in a nonclassroom setting that she was gay. These were also formative years in protecting students’ rights to form gay-straight alliances in high schools and addressing complaints against Salt Lake City for selling a block of Main Street to the LDS Church.

Gnade operated on three simple priorities: keeping the ACLU fiscally sound, managing an office of “rugged individualists” and “being an ambulance chaser for civil rights.”

Public relations being her forte, Gnade developed a strong rapport with the media and constantly sought out plaintiffs. For Gnade, a critical problem for the ACLU of Utah was the public’s lack of understanding. Just as many bureaucrats, judges or legislators might not understand how their actions could be unconstitutional, she found that people didn’t realize their civil liberties were being trampled upon.

“It is very hard to get people to walk into the door, because they’re afraid,” she says.

For a nonlawyer, Gnade got the ACLU of Utah involved in many legal battles. But, she says, that’s not the only way to effectively run the organization. “You don’t get a job description for [executive director] that makes it easy and clear.”

Gnade does believe, however, that dealing with civil-rights abuses during her tenure involved more stick than carrot.

Gnade felt that when she stepped down, the board of directors may have been ready to become an organization that worked more from the grass roots up than the courtrooms down. After Gnade, Dani Eyer led the ACLU of Utah for four years, and McCreary, the current director, began in 2006. Eyer could not be reached for comment on this story.

Prior to her time at the ACLU of Utah, McCreary had worked as associate and senior associate general counsel for the University of Utah and as counsel for the Western Governors University. She speaks casually of a childhood living in India and volunteering to fight for the rights of migrant workers in high school, as if it were a typical American upbringing.

She also appreciates the value of a lean-and-mean approach to running the ACLU of Utah.

“Our goal is to be as effective and as strategically responsive in those areas as we can be,” McCreary says. “There is a fair amount of things we do behind the scenes. We write letters, we call people, we tell them what the law is—having said that, we also have a legal panel, lawyers and litigation capacity.”