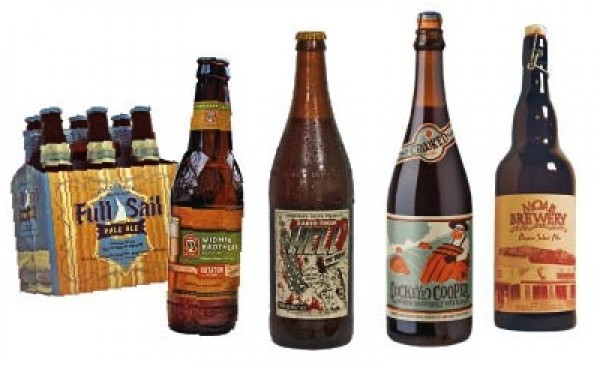 When the third-annual City Weekly Utah Beer Festival 2012 rolls into town, at the Gallivan Center on Aug. 26, attendees will have five hours—from 2 to 7 p.m.—to potentially sample some 85 different beers. So, it pays to have a plan. Otherwise, it’ll be easy to get overwhelmed with such an abundance of brews, not to mention palate fatigue—one of the hazards of having the opportunity to taste so many different styles of beer in one setting.

When I attend food, wine or beer tastings, I try to organize my maneuvers somewhat, as opposed to randomly pinballing from booth to booth, tasting a Stout right next to a Kristalweizen, for example. It makes sense, for instance, to try to begin by tasting lighter styles of lager before moving into the heavier ales—much as you would want to taste lighter white wines at a wine tasting before getting into the bigger reds.

Likewise, I’d pace myself at the Utah Beer Festival and start with lower-alcohol brews (4 percent alcohol by volume) before moving on to some of the big boys. For example, Uinta Brewing’s Cockeyed Cooper Bourbon Barrel Barley Wine weighs in at a whopping 11.1 percent alcohol by volume. That’s not something you’ll want to guzzle on a hot summer day, but you’ll certainly want to sip and appreciate this stellar barley wine, part of the Uinta Crooked Line series of brews, at some point during the course of the Beer Fest.

There will be beers poured at the Utah Beer Festival that will be familiar, such as Squatters Full Suspension, Wasatch Polygamy Porter, Uinta Cutthroat Pale Ale, Roosters Junction City Stout, Moab Dead Horse Ale, Hoppers This Is the Pilsner, Bohemian Czech Pils, Desert Edge Utah Pale Ale, Ruby River Ruby Red Ale, Epic Spiral Jetty IPA and so on. These are some of the go-to brews from our local brewers, but they’re also beers that we can readily drink year ’round, mostly. So I would treat these beers as benchmarks: You probably already know some of them, so if you begin to get palate fatigue and you can’t tell an IPA from a Porter, go back to one of these beers that you’re familiar with to recalibrate your palate.

In addition to the aforementioned can’t-miss faves, I’d seek out some of the beers that you’re not so likely to find elsewhere—beers that were brewed especially for the Utah Beer Festival and limited-run, seasonal beers. Some of the enticing brews that I’ll be attempting to track down include some IPAs. India Pale Ale is my favorite overall beer style, and I’ll be intrigued to try Sierra Nevada Torpedo IPA, Full Sail IPA, Epic Hopulent IPA, Red Rock Elephino Double IPA and Widmer Rotator IPA.

Before launching into the IPAs, however, I’ll probably begin with a lager tour, which will include Kona Longboard Lager, Epic Hop Syndrome Lager and Moab Rocket Bike Lager. There are also a bunch of Pilsners from producers like Bohemian, Hoppers, Gordon Biersch, Moab Brewery, Wing Nutz and Uinta that I hope to try.

Or, hell, I might just throw away the playbook and do what I wind up doing every year: Look for the beer stand with the shortest line. Happy Beer Fest, everyone!