Utah Is the Promised Land 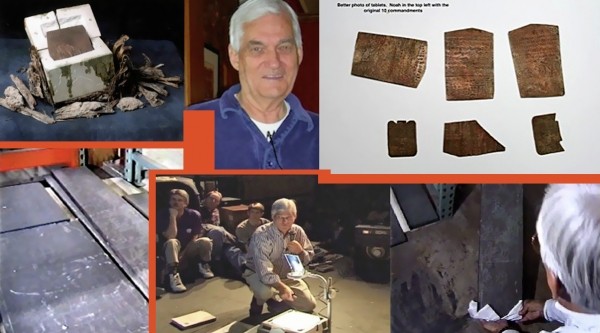 Among the many who have asked the unanswered riddle of where and how life beagn is Duane Erickson. Raised by a Mormon family, Erickson grew up reading the accounts of Adam and Eve, Noah’s Ark, and the Nephites. And, after extensively studying such biblical texts, Erickson became determined to prove that such tales are, in fact, true and occurred in Utah. Erickson will back up his theories at a seminar, where artifacts will be available for study, in Evanston, Wyo., on Saturday, Oct. 20, at 2 p.m. at the Machine Shop Meeting Hall (1416 Main).

What drew you to this line of research?
It sort of sprang from religious roots that prompted me to dig deeper than the norm and try to figure out where we came from, how we got here, and what we are supposed to accomplish while we are here.

What evidence have you found so far?
The evidence is more geologically oriented. If there was a Noah, there was a flood. And if there was a flood, there should be geological evidence of that flood. I have all kinds of geological evidence for the flood. … Some of that evidence, which is right here in Utah and Wyoming, is the flat-top mesas. Those flat top mesas were the product of a flood. The top parts of the mesas, that are perfectly flat, were the bottom of water at one time. I also have found the ruins [located in the Uinta Mountains] where people lived when they built the ark.

Where are the tombs of Adam and Eve?
I don’t like to tell people specifically, because I don’t want people there with their pick and shovel, but they are in the high parts of the Uinta Mountains. Adam and Eve are above the water level of the flood. That’s why they are not fossilized but they are mummified. According to the man who saw them, they are beautiful. Eve is supposed to have long strawberry blonde hair.

How do you scientifically verify your subjects?
The fellow that had the scientific equipment that he developed—it was very secretive—had three units. He passed away and now one of his associates has all three units. I knew where these things were and I would have [the associate] search for them. He would find them every time.

How do you think people will react to your findings?
The first meeting I did was in Murray at a private school. I was counting on about 25 people to show up. They had me on K-Talk [Radio, AM 630]. Instead of 25 people showing up, they claimed that 800 people showed up. They claimed there was no room in the building for them. … So, evidently, there is some sort of interest in the things that I am doing.