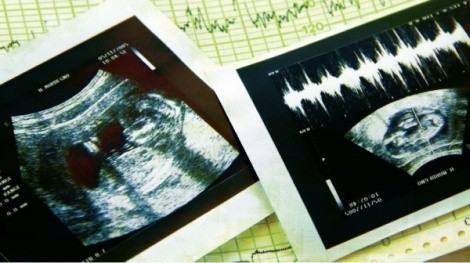 At the Mountain View Women’s Clinic in Salt Lake City, where he has performed abortions for almost three decades, Dr. William Adams sees patients from all over the Intermountain West. Many of them have traveled hours from rural parts of the region to reach the closest abortion clinic.

It’s a hardship, and not just financially, because the barriers for legal abortions continue to mount, Adams says.

Even though there isn’t much more that lawmakers can do to outlaw abortions, laws continued to get passed that work on the outer edges of the legal argument.

“They keep chipping away. Every law they pass, they say it will help the women,” Adams says. “But it really is just making it even more difficult” for women getting an abortion.

This year, Utah legislators passed two abortion-related laws. House Bill 200 requires doctors to offer to show a woman an ultrasound before an abortion (previously, offering the ultrasound was optional). Another bill, House Bill 462, makes it a felony for a woman who intentionally has a miscarriage.

For Adams, the bills, which he says are “just more silly messages,” will not change anything about his practice. Ultrasounds were already being offered to patients, and another change to the law—that the doctor has to determine if a fetus is “viable” instead of simply “survivable” outside of the womb—is moot since, medically speaking, fetuses are not viable until 23 weeks and no Utah doctor will do an abortion after 20 weeks.

Nor will the laws have much impact on his patients, even psychologically, because they give little thought to what lawmakers do.

“Most women who are having abortions are totally unaware of the Legislature,” he says. “Like most of the public, they don’t pay much attention to the Legislature outside of about one month per year.”

That oblivion is what worries pro-choice activists like Melissa Bird, executive director of the Planned Parenthood Action Council. In Utah, it’s difficult to get large groups of people to fight for women’s rights, which gives the arch-conservative legislators and activists free rein to push legislation that attacks abortion rights and other rights that Bird fears too many take for granted.

“It is time for people to realize that even though we live in Utah, there are people fighting for their rights on the Hill,” she says. “If they don’t pay attention, they won’t only lose abortion rights.”

It’s not just rights being lost, however, it’s the failure to provide things like sexual education in public schools or family-planning assistance for low-income women, Bird says. This session, legislators refused to even debate bills about either of those issues.

In particular, the sex education bill died in committee despite having the votes to pass only a couple of days before. But the support built over months by a few passionate activists was undone in 48 hours by a phone tree involving hundreds of members of the conservative Eagle Forum.

The irony, Bird says, is that the goal of improved sex education or family planning is to reduce abortions. At the same time, a bill like HB462 uses one “horrible” event—an attempted miscarriage by a Vernal 17-year-old, who paid a man to beat her in hopes of killing the fetus— to potentially make many women felons, including those who actually want a baby. Bird is concerned the bill could still be interpreted to include someone with a drug addiction or someone in an abusive relationship who has a miscarriage.

Another problem with the lack of advocates for women’s rights, Bird says, is that legislators maintain their inaccurate and negative stereotypes about women who get abortions, especially that abortion is chosen because a baby is unwanted. In reality, many are adult women who want to get pregnant and, painfully, had to make the decision to terminate the pregnancy for health reasons or because of likely severe disabilities in the fetus.

“Women who get an abortion in Utah are not the women who the Legislature thinks they are. They are women who genuinely want to have a child, and have made that decision with partner or spouse,” Bird says, adding that teenage abortions account for only about 5percent of the 3,000 abortions every year in Utah.

The worst-case scenario, she says, is the complete abolition of abortion in Utah, which would set-up a direct challenge to Roe v. Wade. That 1973 ruling by the U.S. Supreme Court made abortion legal in the United States.

“If the moderate Republicans and the Democrats don’t use their voices, that’s where we’re heading,” she says. “And I don’t think that’s what most Utahns want to see.”

One person would embrace a challenge to Roe v. Wade: Rep. Carl Wimmer, R-Herriman, the sponsor of HB200 and HB462 and a proud anti-abortion legislator. However, he is also a pragmatist who knows that a challenge right now would likely fail at the U.S. Supreme Court, “and when we take that shot, we need to make it count.”

Instead, Wimmer is focusing on issues he can win and areas where he can push his anti-abortion agenda. This year, he saw an opportunity with HB462 after the Vernal incident. That bill, which included the word “reckless” in an earlier version, drew significant national attention from groups on both sides of the debate.

“I’m trying to be cutting-edge with pro-life issues, and chip away at the edges,” he says. “When the time is right to challenge Roe v. Wade, I want to be ready, because we will be at the forefront of the fight.”

Wimmer does not agree that the bills he passed are simply hollow messages without practical applications, as Adams suggests. Even HB200, which he described as a “clean-up” bill for technical language, did strengthen a couple of areas. Anecdotally, he says, women had told him that when they got an abortion, they were not offered an ultrasound, so the new bill makes it clear that a doctor must offer it to a patient. Also, language about a video from the Utah Department of Health that has to be shown to patients before an abortion referenced “videotapes,” a medium that few use nowadays, and Wimmer feared it would become a way for doctors to avoid providing the video to patients. The film and accompanying reading materials are now available through the Department of Health’s Website.

Cleaning up the language will also make outlawing abortions a much easier task, if Utah legislators venture down that road. That end game concerns Dr. Adams much more than the recent legal changes.

“If abortion is outlawed, it is not only the doctors who will break the law. It will be the women who get an abortion,” Adams says. “When that happens, we’ll have to clear all of the druggies currently filling up our jails and replace them with pregnant women.”