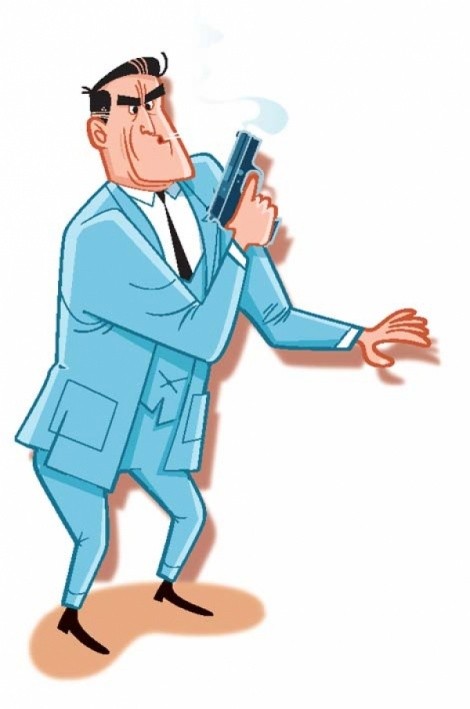 A tea party-flavored tide helped usher in the most conservative Utah Legislature in decades. The mandate was to fight federal encroachment, offer common sense solutions and ensure transparency in government. Many legislators took that message to heart; others erased it from memory as they do their e-mails in case a snoopy reporter asks for them.

Then with their ducks in a row, these legislators came out guns blazing. They took on the feds, immigrants, bath salts, feral cats and anything that offends the decency of god-fearing, red-blooded, red-state Utahns.

If nothing else, it was a session of boldness. It was a session where “small ball” issues, as former President George Dubya referred to them, were pushed aside in favor of solving big problems in a big way and doing it on a dime.

Immigration Fixes And Tweaks
Too many bees in the beehive don’t have papers, and Utahns demanded the Legislature do something about it. Despite the abundance of tough talk, the Legislature offered more carrot than stick when it came to immigration, deflecting multiple efforts to punish undocumented immigrants.

IN-STATE TUITION
Rep. Carl Wimmer, R-Herriman, drafted a bill to repeal in-state tuition for the more than 600 students in Utah colleges and universities who are children of undocumented parents. That bill was amended so that the benefit could be allowed if students could prove they or their parents paid income taxes for the previous three years. This compromise bill never saw the light of day, as the Senate kept the bill off the floor and refused to debate it, thus leaving the benefit intact for another year.The Driving Privilege Card

The card created in 2005 to allow undocumented immigrants to purchase car insurance was under attack this session by Sen. Steve Urquhart, R-St. George. He argued the card encourages immigrants to commit identity fraud. Urquhart found himself challenging Sen. Curtis Bramble, R-Provo, who helped originally create the card. After five drafts, a compromise bill was passed. That bill negated the identity-theft concern by requiring immigrants who seek the card to have their photograph and fingerprints taken.

BE OUR GUEST
Rep. Bill Wright, R-Holden, was not the first legislator this session to propose a bill meant to bring undocumented immigrants out of the shadows and legally into the Utah workforce. His bill was preceded by that of Sen. Luz Robles, D-Salt Lake City. But ultimately, his House Bill 116 was the one the Legislature decided to run with. An advantage Wright holds—being a salt-of-the-earth dairy farmer—is being personally aware of the economic need for undocumented labor. (It also probably didn’t hurt that he isn’t a Hispanic Democrat from Salt Lake City.)

Wright’s bill would, pending the governor’s signature, seek a federal waiver to set up a state guest-worker program. Applicants would pay a fee to enroll: $1,000 for those immigrants who overstayed on visas and $2,500 for those who entered the country illegally. Similar to Robles’ bill, applicants would also have to complete criminal background checks and be fingerprinted.

THE FED-FRIENDLY VISA
One bill that plotted a careful course between states’ rights and the federal government’s right to regulate immigration was a bill crafted by Senate leadership and Attorney General Mark Shurtleff. This bill facilitates federal work visas to be offered by Utah businesses to legal immigrants from the Mexican state of Nuevo León.

”THE IMMIGRATION "STICK"
Orem Republican Rep. Stephen Sandstrom’s Illegal Immigration Enforcement Act, patterned after a similar controversial Arizona bill, originally mandated that law enforcement verify the immigration status of all lawbreakers. Sandstrom’s enforcement bill survived passage in the Senate only after he removed the language that allowed officers to verify status based on “reasonable suspicion.” Instead, the bill allows law enforcement to check at their discretion the status when crimes committed are class B and C misdemeanors. Serious misdemeanors and felony arrests will still require the officer to check immigration status.