Experiment with unfamiliar venues for your winter mountain adventures. 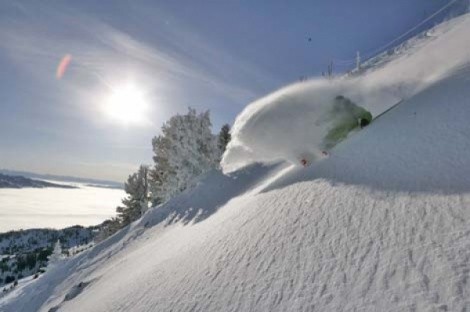 There’s nowhere else on the planet with the Wasatch Front’s selection of ski resorts.

Whether you’re a skier or boarder, whatever you want, there’s a Utah ski resort that specializes in it. Want a miles-long nonstop run? Gourmet food? How about a giant half-pipe, or multi-terrain parks, or making your own trails through the trees, or a resort with no other people? Every resort has its own special flavor.

With all that, do you still go to the same old place time after time? So what if you work during the day? The big news is night skiing. It’s already at five resorts and counting; even Snowbird just started offering night skiing (though Brighton still has the best night skiing in the world).

To give you an idea of the varied flavors of local mountains, here are some brief reviews. But let’s not start with the betterknown places. Hidden treasures await, with cheaper lift ticket prices. Google the name of any resort for driving directions.

Wolf Creek (Eden): A friendly little mountain ideal for nonexpert skiers and families because all runs lead, like an upside-down triangle, to the same point at the base. Switchboard operator Jenny Hansen says, “It’s impossible to get lost here. It’s very geared towards families. The majority of runs are blues. We have night skiing from 3–9 [p.m.] seven days a week. On Sunday and Monday nights, a family of four is just $40.” Hansen says any four people can be a family for the night.

Powder Mountain (Eden): Amazing bowls, near-endless open terrain, night skiing and something really different: Powder Mountain offers snow kiting. It’s a compromise between flying a kite and having the kite fly you, as you loft yourself into the air for a jump and land softly.

Treat yourself to the $200, two-hour “kite on snow” clinic, limited to three people for each instructor; your kite is provided. You’ll learn how to jump, land and control the kite. If that price is too steep, there’s a monthly two-hour group-session clinic for $50. The mountain has a whole special area for kiters, and a kiter’s lift pass is $20. Wow, what bragging rights! 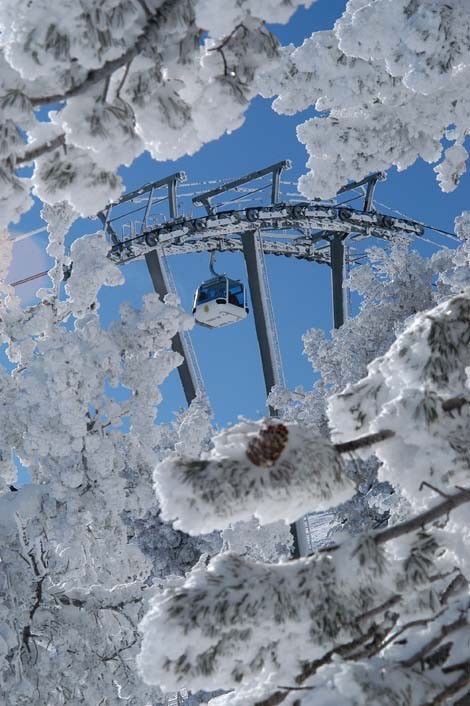 Snowbasin (Ogden): How can I praise the ’Basin enough? Take the glass-walled gondola to the top of the mountain and ski down for miles on either black, blue or green terrain. Take the long John Paul lift from the base area and then get on the Olympic Tram to test your wits on the 2002 Olympic downhill course, which National Geographic ranked as one of the top 25 things to do before you die. The terrain is so good that both the winter Dew Tour and Xterra race have made the ’Basin their Utah stop.

Sundance (Provo): Have you ever been to Sundance? Neither have I. But those who have say it’s the most romantic resort in the Wasatch. “Rustic elegance,” is how PR person Traci Jensen describes it. “We sit at the base of Timpanogas. The view is incredible. You can’t really see condos, just beautiful views of nature. … It’s not as crowded here [as Park City], even on a Saturday in the middle of the day,” she says. And there’s night skiing! You can also get massages and facials. There’s a surprising amount of expert terrain as well. It’s 70 minutes from Salt Lake City, close to Heber. Quiet, private, romantic, rustic … I’m definitely going to check it out.

Park City Mountain Resort: PCMR is a mountain of contrasts. It’s been ranked the top U.S. terrain-park resort, a snowboarder’s paradise. It’s also a racer’s mountain— the home of the Intermountain Masters, who practice six hours a day, five days a week on the Eagle race arena. The Arena, which only allows racers, is frequented by national ski teams and star skiers and snowboarders from all over the world. The 2002 Olympic giant slalom was held there. At the bottom of Eagle is the giant halfpipe, where the 2002 Olympic pipe event was held. It’s also a mountain for beginners, says PR director Krista Parry.

“We’ve begun a program called ‘StartNow.’ … It’s geared to Utah locals aged 6 and up; for $25 … you get gear rental and a three-hour lesson. We say: If not now, when? Even better—once you complete your first day, you can come back four times [free]. You get to choose rentals, lift ticket, four more times. It’s said you have to [snowride] four times before you get hooked.”

I really wanted to tell you about the wonders of The Canyons and Deer Valley; Brighton and Solitude and Alta and Snowbird (with its new night skiing), but you already know about those resorts, and I’ve run out of room. So make this your New Year’s resolution: to boldly go to a resort where you have never gone before.