Touched by an Alien: Some Utahns claim their encounters with extraterrestrials are too close for comfort. 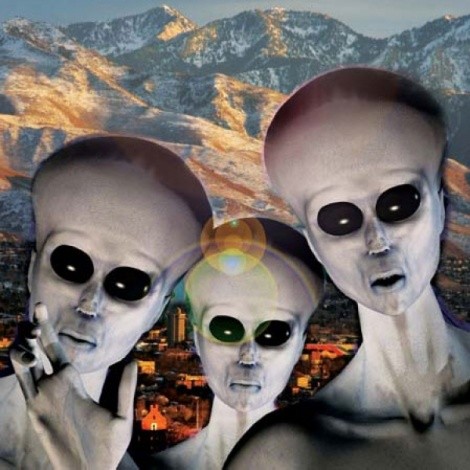 They first came for Don Anderson’s son in 1984. It was 11 p.m. on a June evening in Mapleton, Utah, when 25-year-old Anderson shut off the TV in the bedroom of his mother’s basement where he was staying. He glanced down at his 4-year-old son who sat on the edge of a mattress on the floor playing with a truck.

Suddenly, he noticed a gray alien floating in the middle of the room. “We looked at each other. He pointed to my son, as if he were asking to take him,” Anderson recalls. He returned the alien’s gaze and telepathically communicated, “OK, let me go with him. If I go with him, he won’t be afraid.”

He says a ray of blue iridescent light shot through the room. He took his son by the hand. They jumped into the light ray and followed the gray alien across the basement, through the wall and upward through the ground to the grass outside.

Anderson says they moved toward a huge, saucer-shaped spacecraft across the street that hovered 60 feet in the air. “It was 30 feet across with red and blue lights that strobed through the neighborhood, flashing off houses in the area,” he recalls. He wondered why no one in the neighborhood was waking up to notice the ship. “It was deadly quiet. There were no dogs barking or crickets chirping,” he says. “All I could hear was the hum of the ship.”

He says that as he, his son and the gray alien traveled upward to the bottom of the ship, they felt a tingling sensation as they passed through telephone wires. He then remembers walking around the polished interior of the ship. “Everything was metal and really shiny, like it was made from stainless steel. I was walking on a cushy black catwalk.”

Anderson and a tall blond woman who seemed somehow familiar to him walked and telepathically communicated with each other. After he asked her if she could heal a serious stomach disorder he was currently experiencing, he heard her laugh. “The moment her eyes caught mine, it was like she said, ‘Don’t worry, you will be OK.’”

Anderson then saw his son and another boy through an arched doorway. They stood beneath a metal column, holding what looked like a hand-held shower massager. “My son grabbed it from the kid he just met and put it above his own head. Blue volts of what looked like electricity shot over his body. He cracked up and thought that was really funny. I watched them each use that about three times. I think the aliens took me there so that my son would know I was around and not be frightened, and I would know he was safe.”

Before long, Anderson was back in the front room of his mother’s house. “The screen door was open, and I could look through and see the ship hovering and whirring outside.” He says the room was also filled with elderly strangers he had never seen before. “They stood motionless, like they were in a coma. We were all sitting there watching and listening to the sound of this flying saucer across the street.”

Ron Johnson was 14 years old in 1968 when he spent a month helping his aunt and uncle on their California horse ranch. One night, he woke about midnight. “I remember seeing the clock on the wall,” he recalls. “All of the blankets were on the floor at the foot of the bed. There was a very scary feeling, and I knew someone was there.”

Leaning his head back, he caught sight of a tall, thin alien bathed in a greenish glow. “He almost reminded me of an anorexic person with hollow cheeks, a pointed chin, and long bony arms and hands. He didn’t say anything—just stood there and looked at me. "

Terrified, Johnson, now 55, remembers closing his eyes and wishing the entity would leave. Though it was gone 10 minutes later, he kept his eyes closed and lay awake in fear until morning. Then he went to the living room and lay on the couch. Whenever he stayed at his relative’s house after that, he slept in the car.

In 1993, at sunset in mid-June in Oklahoma, Glenys Moore glanced across the treeless acres outside her home where cattle usually grazed among the sage and cedar. Coming from the north, Moore saw a light close to the ground shining outward. She noticed tall creatures that she first thought were cows walking toward and away from this light. “There were at least a dozen of them. They looked like ants, coming and going from their anthill. They were examining something. One would bend down, pick something up, show it to another creature, and seemingly discuss it.” She noticed the time was 6:30 p.m. She realized that two large dogs who usually “barked at everything” were completely silent.

Suddenly, one of the creatures turned to look straight at her. She says the alien appeared to be slender, with a large head, huge oval eyes and long, thin extremities. “I first felt fear, thinking, ‘I hope they don’t see me.’” The entity walked toward her, into her back yard and near the bathroom window where she stood watching. “I felt like running but could not. I seemed to be locked in its gaze. Then, as it drew nearer, my world disappeared.”

The next thing she knew, it was pitch dark. “I remember physically shaking myself back to reality. I walked in the bedroom and screamed when I saw that the clock read 10:30 p.m.” Moore still wonders where the four hours went.

ANIMAL HOUSE
Elaine Douglass, Utah state director of Mutual UFO Network, or MUFON, a national organization dedicated to the study of UFOs for the benefit of humanity, says that the above three stories are far from rare and fit a typical pattern of alien abduction. “These UFOs are not being reported out of nowhere. On the National UFO Reporting Website, there are hundreds and hundreds of reports of UFO sightings, from every state in the Union since the 1930s. They are always flying around. What are they doing? They are picking people up,” says Douglass.

MarLee Spendlove has heard stories like those of Anderson, Johnson and Moore again and again. A former employee for a high-risk maternal clinic for the Utah Department of Health, Spendlove pursued hypnotherapy training after a decades-long interest in UFO-related topics. While she also addresses matters such as smoking cessation, she prefers to help clients who wish to explore their extraterrestrial experiences. 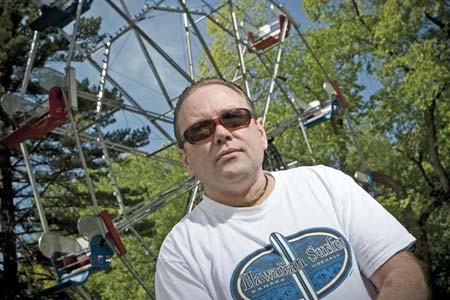 Johnson believes that hypnotherapy took him back to a time when he was a year old in a room with small gray aliens. “There were clear cubicles that looked like incubators with girls and boys in them, all naked. The grays grabbed me, and I was screaming at them. They slammed me down face first under this table and told me not to move. I started screaming, ‘It hurts, it hurts.’” He recalls Spendlove saying, “We’re not going back there at this time.”

Before undergoing hypnotherapy, Spendlove’s patients usually have a partial memory of an extraterrestrial experience. “It’s almost like an unread book that they are opening pages to explore,” she says. “Often, it takes a lot of courage for people to get here because of the trauma involved. They are finally ready to open a door that has been closed, locked and boarded up. Hypnosis expands their information and is almost like a view into a drama they didn’t know they were part of.”

Spendlove says that extraterrestrials are able to block portions of memories, so that the human who interacts with them carries screened memories where the actual alien encounter is replaced with elements that are more typical of everyday human life. After his initial experience, Anderson says that memories of other experiences made more sense to him. “When I was a kid, the 9-foot man in the back yard was one of those beings coming to get me. On other times, they would send these little 3-foot black troll-looking guys to get me, and I called them my gorillas. Thinking back, it made sense, because I had a little black stuffed animal that was a gorilla.”

Eager to validate his first extraterrestrial experience, Don Anderson hoped his young son would corroborate it. “I thought, ‘My son has got to prove to me that this really happened.’” When he arrived home from work the day after his first alien encounter, he met his son, who told Anderson he’d had a dream about being attacked by wild bears that were in the house. Anderson had recently read that “in screened memories, aliens mask themselves as animals, because people are comfortable with that.”