Valter Nassi on the Move 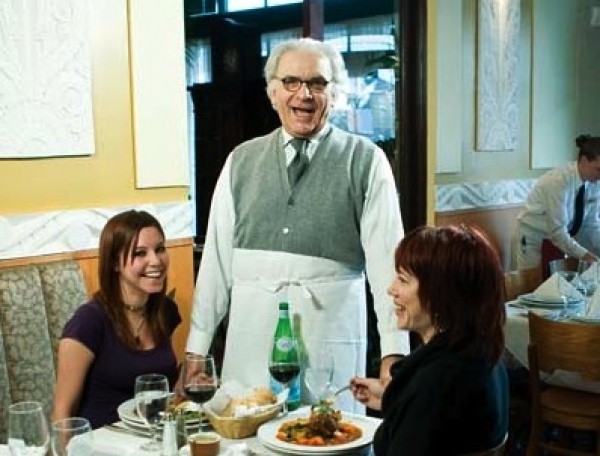 Valter on the Move
Valter Nassi—the longtime impresario, maestro, host and all-around bon vivant at Cucina Toscana—is on the move. He and his financial partners have purchased the Metropolitan, which closed in summer 2011, from owner Karen Olson. I’m told that Nassi’s new venture is tentatively titled, not surprisingly, Valter’s. Cucina Toscana isn’t going away, however. While I can’t spill the beans yet, look at the very least for an updated menu at that venerable restaurant. There’s also a high likelihood that new life will be breathed into the establishment with the probable hiring of one of my favorite Utah chefs. Fingers crossed; stay tuned. Visit Cucina-Toscana.com for more information.

Grantsville ’Cue
Barbecue aficionados take note: Richard’s Roundup BBQ is open in Grantsville (196 W. Main, 435-579-3742). I don’t get out to Grantsville very often, but the next time I’m visiting Miller Motorsports Park, I’m planning to take a detour, based on the raves I’ve been hearing from City Weekly barbecue nuts about Richard’s: comments like, “I’ve eaten barbecue all over the country and this is the best I’ve had,” and, “This is not ‘Utah’ barbecue!” Along with ribs, brisket, pulled pork, chicken, sausage and salmon flavored with fruit woods, hickory and oak, Richard’s also features Angus steaks, a “button bustin’” burger and Tex-Mex fare such as the smoked chile verde. Sides include from-scratch cornbread with honey butter, fried okra, ranchero beans, Southern potato salad, creamed sweet corn and country green beans. By the way, Richard’s is a one-off, not a chain or franchise. For more information, visit RichardsRoundup.com.

Quote of the week: My favorite animal is steak. —Fran Lebowitz