What are the real costs of vaccinations? 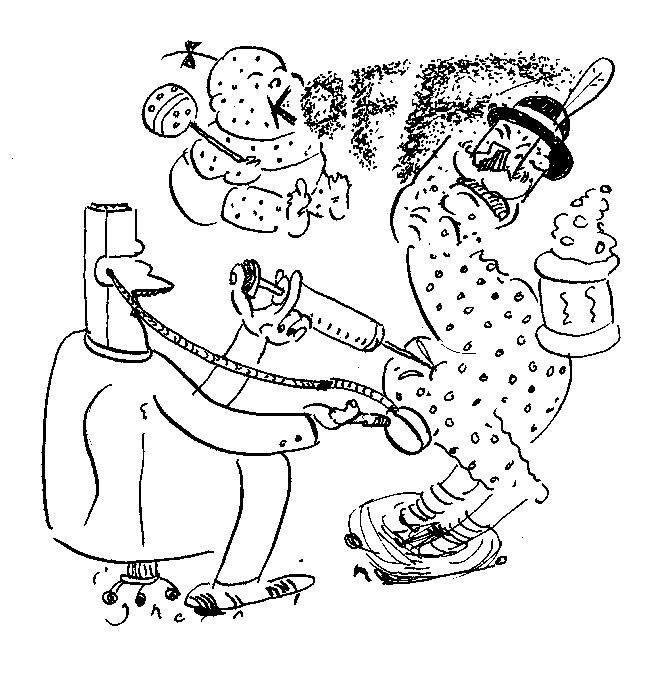 The Jenny McCarthy contingent is going on about the risks of vaccinations, but absent from this discussion is any consideration of the risk of the diseases. This recent measles outbreak got me wondering about the cost. I read an article saying the Centers for Disease Control report that "every dollar spent on the measles, mumps and rubella vaccine saves the U.S. $23.30 in medical costs." I understand the necessity for vaccinations, but what costs are they talking about?—Mark J. Costello

You're asking whether vaccination is worth it. There could be stupider questions—just wait till some C-grade celebrity leads the charge against indoor plumbing and electric lights. However, for now those questioning the value of vaccination pretty much have the market cornered on idiotic. By any measure, childhood immunization has been one of humanity's great achievements, substantially eradicating diseases that, in centuries past, depopulated continents and, in the memory of persons still alive, killed or crippled thousands every year. But today, few have any clue, leading some to ask why we still need to poke babies with needles and all that jazz. —Bob from Lansing

So, fine. Let me explain why locking up mass murderers makes sense.

The argument has changed since we last talked vaccines in 2007. The second McCarthy era has seemingly come and gone, as Jenny has walked back many of her claims about the mercury-autism link, now thoroughly debunked. Likewise, Andrew Wakefield's findings tying the measles-mumps-rubella vaccine to autism and bowel disease have been judged bogus at best. However, newer and equally daft vaccine myths have taken their place:

It's not the mercury, it's the aluminum. Aluminum is added to some vaccines to boost their effectiveness. But aluminum is common in the environment—many babies get a fair amount via the water mixed into formula. After conducting a study in 2011 the FDA concluded, along with the rest of the scientific community, that the amount currently used in vaccines poses no significant risk.

Too many vaccines administered simultaneously or in close succession can overwhelm the immune system. This has become a popular "reasonable" position: We're not against vaccinations, we just want to space them out better. Problem: there's no evidence of anything harmful about the current vaccination schedule but good reason to think monkeying with it leads to lower immunization rates. A 1994 paper found an effort to administer MMR shots at the same time as other vaccinations would have spared a third of the unvaccinated preschoolers who got measles during an early-'90s U.S. outbreak.

Vaccines haven't actually been that effective—death rates were decreasing in the relevant diseases even before the vaccines were introduced. No shit, death rates were going down—health care in general improved drastically once we got past the era of bloodletting, and mortality from all sorts of causes declined throughout the 20th century. None of that accounts for the massive drops in disease period immediately after the introduction of vaccines. Just before the measles vaccine was licensed in the U.S., in 1963, annual average incidence was around 500,000 cases (with probably several million more unreported); by 1966, we were down to about 200,000 new cases; and by 1968, just 22,000. During its first 20 years, the measles vaccine prevented an estimated 52 million cases, 17,400 instances of mental impairment, and 5,000 deaths.

Then there are smallpox, diphtheria, and whooping cough. They killed thousands of Americans per year at their respective pre-vaccine peaks; by 2004, annual deaths had been reduced by more than 99 percent. Polio vaccination led to equally dramatic drops—the U.S. has been polio-free since 1975.

But you asked about MMR cost, possibly thinking measles is a mild disease. Not for everybody. A 2004 paper estimated the hypothetical cost of not giving the MMR vaccine to any of the 3.8 million American babies born in 2001, factoring in medical treatment, long-term care of kids left disabled, lost wages for the dead, reduced earnings for the hearing-impaired, and so on. Grand total: $7.9 billion for that one batch of babies, against $300 million in vaccination costs.

A study of polio vaccination found a net benefit of $180 billion from 1955 to 2014. When the value of avoided suffering, paralysis, and death was included, the benefit rose to $800 billion.

Are vaccines risk-free? Nothing is risk-free. In 1955, when the polio vaccine was in development, the release of a defective specimen led to 200 cases of paralysis and 10 deaths. Tragic? Absolutely, but the program went on; no one doubted a successful vaccine would save far more lives.

Since the beginning of this year, lawmakers in a dozen states have introduced bills modifying vaccination policy—some eliminating the personal or philosophical exemption, others requiring school districts to make vaccination-rate information publicly available. Medicofascism? Some think so. But if ever there were justification for public intrusion into private decision-making, this is it.