The virtual Utah Poetry Festival offers a chance to reflect on creating and presenting poetry in this unique time. 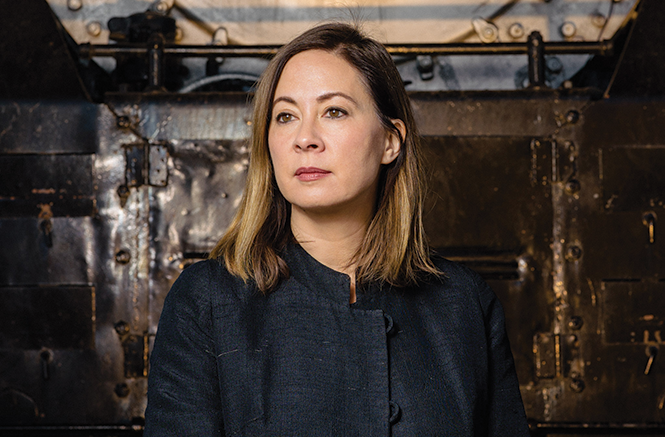 April marks National Poetry Month, a time to contemplate the way verse can provide unique insight into the complexities of life. After a uniquely complex year, however, there's not necessarily a reason to think poets have unlocked all of its secrets.

Paisley Rekdal—University of Utah faculty member, Utah poet laureate and host of this week's virtual Utah Poetry Festival—wants to dispel the notion that a time when most of us were more isolated than usual provided a uniquely fertile period for poets to work. "It's a complicated answer," Rekdal says. "If you were a woman with children of a certain age, you didn't get a thing done; this time has erased a whole generation's creative labors. I don't have children, so in that respect I'm fortunate ... but I wasn't able to do anything new. I just finished what was on my to-do list."

Yet others were able to do work that addressed the pandemic, and many were able to do it surprisingly quickly. For example, Rekdal notes, there were at least two anthologies of pandemic-themed poetry that were published within two months of the local impacts last March. "I was like, 'Who? How?'" she says with a laugh. "For me it takes a really long time to process something big. ... I think there's a lot of pressure put on people to write about the now. I just finished this poem about the transcontinental railroad, and the thing that surprised me in my research was disease. There was a cholera epidemic, and the train made that more of a national epidemic. It was not necessarily a pandemic poem for our present moment, but it was good to write about our moment by not writing about our moment."

Everyone has had to adapt to the realities presented by the past year, and for the Utah Poetry Festival, that meant continuing with a virtual presentation as vaccines begin—but haven't completed—the work of bringing us back to normalcy. The experience of this year has also provided a chance to understand what has and hasn't tended to work in presenting literary work virtually. Programming will include opportunities to explore strategies for teaching poetry, as well as some recorded readings offered up by many poets.

"When we went digital, we knew we'd have to contract a lot," Rekdal says. "Readings don't tend to do well online, but I was able to put out a call for a lot of recorded readings. ... The spontaneity is really gone in terms of the things that happen at festivals, connections people make that can turn into collaborations down the road. Here, people might be inspired by others, but won't be able to make those connections."

Though Rekdal will serve as the host for the Utah Poetry Festival, she doesn't plan for her interactions with other poets to be Q&A-style, since that's an approach that doesn't work for her when talking with other artists. "I talk to them as if they weren't artists," she says. Then they talk about what they're interested in, and I talk about what I'm interested in, and it sort of emerges organically. When you ask a question, they tense up. I just miss having conversations with people."

If the idea of a poetry festival seems daunting for a layperson, that shouldn't be the case, Rekdal believes. She acknowledges the reality that some people can feel intimidated by poetry, and might even believe that those who create it are trying to put one over on them.

"I think people think that we're writing stuff that makes people feel stupid, and that we're doing it deliberately," Rekdal says. "People think of [poems] as elaborate riddles or games that are there to trick people. You're asking people to process language, and you use it in surprising ways, but it's the same kind of language that we all use. I'd like to get them to relax: This is not an IQ test. If you're feeling something, why are these words producing that effect?"

As a pitch for the event, Rekdal wants to welcome all kinds of people who might be interested in poetry for all kinds of reasons, and to explore the diversity that makes up the local poetry scene. "If people are interested in writing exercises, things that will inspire them, they'll find that here," she says. "If they're interested in conversations between poets, maybe some of the things that come to define our state, they'll find those conversations here. It's a way to just familiarize yourself with the types and kinds of conversations happening between poets around the state. ... It's a little taste of everything we do in Utah as poets."