Video Game Industry Is Not Recession-Proof

Slumping sales could be good news for hardcore players. 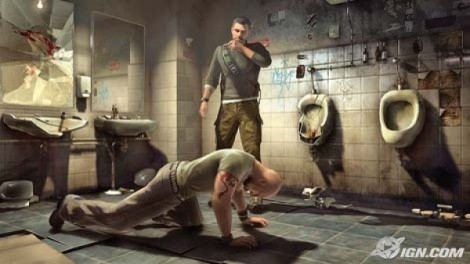 At this time of year, I generally find myself looking back at the video games of the previous year. But since most of 2009 was spent in a New Super Mario Brothers/Rock Band: Beatles haze, I fear I have little to say—although I did learn that playing Mario while listening to “Lucy in the Sky with Diamonds” and drinking Carlsberg beer is a pretty sweet way to spend a Saturday.

The real news in gaming right now is what we can expect in 2010. While some great titles are coming, it’s shaping up to be a year of mixed financial forecasts and cost-cutting like the industry has never seen, even during our recent economic meltdown. Companies like Electronic Arts, UBIsoft and Game Stop had such lousy 2009s that they’ve already had to adjust 2010 forecasts for a year in flux. Is the video-game industry worse off than any other entertainment sector? No, but an industry once described by many analysts as recession-proof has shown it’s anything but.

The industry inspired its blind faith following from analysts and consumers in 2008. While many were fighting to save their homes and living on unemployment, video-game sales hit a record high of more than $21 billion. Just 11 years ago, the entire industry made only $5.5 billion— nearly the same amount ($5.3 billion) made this past December. The last month of 2009 was, in fact, the best month ever for video games—but it came on the heels of nine or 10 months of abysmal sales of both hardware and software. By the time the year was over, gaming revenues were down 8 percent. Sure, 8 percent might not seem like a lot when you’re dealing in billions of dollars, but a closer look at the numbers show us, or at least me, reasons to both worry and rejoice.

One of the biggest trends in video gaming over the past three years has been music games. During 2008’s record-setting year, Guitar Hero World Tour sold 3.4 million copies. In 2009, the comparable follow-up, Guitar Hero 5, sold just under a million. As for my new love, Rock Band: Beatles, its sales of 1.7 million were off estimates, and it actually slowed down during the holidays, when video games are supposed to sell best.

So why does this worry me? Because the industry spent 2009 putting a lot of eggs into the music-genre basket, games that are likely purchased by gamers-ofthe-minute and their annoying yuppie parents. Hardcore gamers—the guys who play World of Warcraft or Grand Theft Auto for three days with just Red Bull and body odor—aren’t going to buy the godforsaken DJ Hero. And while hardcore gamers will always be there, they’re not going to buy enough flash-in-the-pan games to support an industry that has gotten too fat for its core audience to support.

Game companies are going to have to trim the fat accumulated from producing the video-game equivalent of Ford and GM’s gas-guzzling SUVs. But that gives the loyal gamer two reasons to celebrate. First off, stuff’s going to get cheaper. There were several console price cuts in 2008, and another round of cuts appears likely in 2010. If you’ve got a little scratch to spend, you’re probably going to be able to afford one of the other consoles that you’re not currently playing.

Secondly, a recent Reuters article indicates that game companies are coming back to us, the real gamers, with a pretty good slate of titles like Army of Two: The 40th Day, Darksiders, BioShock 2, Red Dead Redemption, Splinter Cell: Conviction and Gran Turismo 5. Michael Pachter, videogame analyst for Wedbush Securities, told Reuters that he expects software (game) sales to be up 10 percent this year while the industry as a whole will likely decline another 25 percent, mostly because of the expected console price cut.

So while 2010, might not be a great year for the industry—after years pushing vomit-inducing DS titles, countless music games and fitness titles—2010 could once again be the Year of the Gamer. And that’s a very big positive.