Reindeer Games: A look at what’s ahead to fill a video-gamer’s holiday stocking. 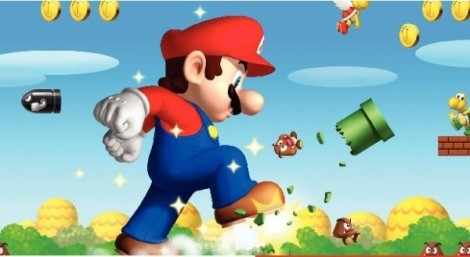 As horrible as the economy has been the past 18 months or so, it’s tough to find a silver lining. People are unemployed, the housing market is in bad shape and, just in time for the holidays, gas prices are back on the climb.

But if you’re a video gamer who still has a job, a home and money to spend on games, there’s a pot of gold at the end of the recessionary rainbow. Video game companies are hurting for revenue. According to an Oct. 30 article in The Wall Street Journal, game sales were down 12 percent from a year ago—and we’re supposed to be in better financial shape now. What this means for the consumer is a 2009 wind-down loaded with anticipated games, holiday sales and, of course, the big annual controversy.

I’m not sure how a new generation will take to it, but I can assure you there’s a plethora of 35 to 45 year olds anxiously awaiting the Nov. 15 release of the New Super Mario Brothers. It’s going to be jam-packed with new features like—wait for it—multi-players on one level, but it’s still going to be the glorious twodimensional side-scrolling adventure game that we all know and love. After years of putting up with various acts of Mario-buffoonery from racing and fighting games to Olympic contests, we deserve this one.

While Super Mario is obviously a sequel, it doesn’t feel that way, since it’s been about 20 years since we got the last one.

There are a couple of sequels making their way to shelves that I’m looking forward to. Lego Indiana Jones 2 is the first, and it will be available on all major platforms. I’m not sure why I enjoy these Lego games as much as I do. I actually hated Legos as a small child, so maybe actually seeing them do something other than trying to foster my creative side is why I’m a die-hard player.

Speaking of dying hard, you’re going to be able to do that in the game I’m most anticipating—Left 4 Dead 2, the newest installment in the zombie apocalypse saga. This incarnation will be set in Louisiana and the Deep South (a little odd for zombies feeding on brains). The game is being touted as more challenging and more graphic— hence, more fun. The artificial-intelligence brain that runs the game has reportedly been improved, meaning the level of challenging game play will eclipse the first.

It seems odd given the number of Guitar Hero and Rock Band games already out this year that more are on the way. There’s Band Hero to compete with Rock Band, and Guitar Hero Van Halen and Lego Rock Band. And, if those don’t make you yell a hearty “oy vey,” wait until you see the brand new DJ Hero. That’s right, you get a turntable with corresponding color buttons. I’m embarrassed to say I tried this out on a recent trip to Toys “R” Us; I’m proud to say that it made me want to vomit.

Finally, no rush of new games would be complete without a token controversy. In a normal year, that honor would go to Left 4 Dead 2’s violence, but, oh, no. That honor belongs to Call of Duty: Modern Warfare 2, thanks to a piece of leaked game-play video showing a player-controlled character shooting innocent American civilians in a terrorist attack at an airport. We’ve been killing innocent civilians for years in video games—and in real life, too— on foreign soil, but this one hits to close to home, apparently. The game developer released a statement saying the game is supposed evoke emotion at the “atrocities of terrorism.” Well, wait until you evoke the atrocities of red-state congressmional representatives who hate video-game violence, including Pac-Man-eating ghosts.

The leaked footage must be a hit, because the game set a record for the most pre-ordered game at Game Stop stores. The title was released on Nov. 10., and the Toby Keith song denouncing the game’s “atrocities of terrorism” likely will drop any day now.