Vito Leone's Bountiful eatery is a lesson in excellence 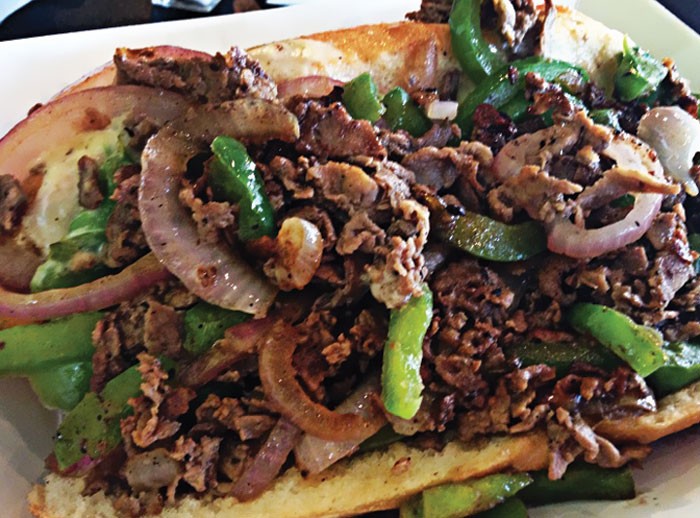 Often, it’s the simplest things in life that work their way to greatness. Vito Leone started as a Bountiful street vendor in 2007, serving meatball subs, sausage sandwiches and ravioli from a food cart. Eventually, he started appearing at farmers markets and graduated to a 20-foot trailer. Leone now has a permanent location on Bountiful’s picturesque Main Street.

But even with the brick & mortar location, Leone is still the man behind the counter, calling many of his customers by name, taking orders and cooking them up himself. He can serve you 10 different types of Philly sandwiches: blue cheese, cream cheese, deluxe, tomato, mushroom, jalapeño, garlic, Alfredo, Italian and classic. You can choose between 7-inch ($8.50) or 14-inch ($13.50); both options come with chips and a drink.

I had the classic Philly, with thin-sliced steak, powerful peppers, onions and Swiss-blend cheese all melting onto a stoneground Tuscan roll. It was a lesson in excellence.

One other example of Leone staying true to that old-school sensibility is his low-tech cash box on the counter. There are no checks or cards taken here—it’s the Vito Leone way, which he’s followed for years because it’s worked for him. He wants to focus on food and leave the business side to us.

If you walk in and find your wallet short of cash, don’t worry. The on-site ATM is well used—because once you smell the aroma, there’s no way you are going to want to turn around and leave.