A case for the "turn-up" rap of Waka Flocka Flame 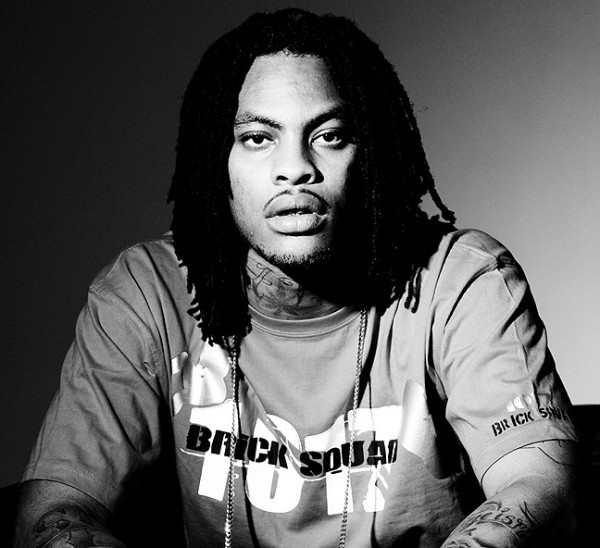 In Machine Gun Kelly’s video for “Wild Boy,” the Cleveland rapper asks Juaquin Malphurs, aka Waka Flocka, if he thinks he’s a good rapper. Flocka shakes his head and responds, “Fuck, no!” This admission is then followed by a subsequent, “Brick Squuaaaaaad, uh oooh here come that bullshit.” The line perfectly sums up the self-aware party antics that define Waka Flocka Flame.

First off, his actual rapping isn’t that great. Arguably, his best lyric ever comes from the same track, when he says, “Suck my Dragon Balls, bitch, call me Goku.” But to understand Waka Flocka, you need to realize that there will always be a place for frivolous rap music. For every Kendrick, there’s a Riff Raff, and for every Luda, there’s a Waka. This is how the symbiotic rap world works—every rapper exists in a delicate balance. (Go back and read that in a Mufasa voice. )

Yet, for gray-haired, hard-nosed hip-hop heads, Flockaveli is a somewhat polarizing enigma. He’s hated for his lack of lyricism, and yet adored for his ability to drop lyrics like “Everybody packin’, like Nicki Minaj ass.”

I’m sorry, but if you can’t laugh at that, I feel sorry for you. Not every rap song needs to be, or should be, a studied think-piece. So, when it comes to the subgenre of inane rap laced over trap beats, Waka Flocka is a prophet, a man yelling “Squuuaaad!” while positioned at the center of “The Last Supper.”

Flocka is, without a doubt, the dreadlocked embodiment of ass-claps, crushed Xanax and smashed beer bottles. As music writer Jimmy Ness of Noisey once said, “Flocka shout-raps to the roosters, the chickenheads who sit in his Ferrari and try to count the Flockaveli fortune.” In other words, if you’re looking for an intelligent conversation about important world issues, don’t listen to Flocka—or any of his cohorts, for that matter. No one wants to hear Flocka rapping about Benghazi—unless, of course, Benghazi is the name of his new line of designer stripper Spandex, which I suppose we could tolerate.

It’s easy to shake your head, but the thing you have to admire about Flocka is that he’s fully aware of his ridiculousness and he definitely knows his place in rap music. Unlike that little turd Tyga or that huge turd Rick Ross, Waka Flocka acknowledges that he’ll never have fans combing over his lyrics like those of fellow Queens-born rappers of a higher pedigree (i.e., Nas or Prodigy). “God made me so I can turn up,” he said in October via his Twitter account. You have to respect honesty like that. After all, Fozzie Bear never dropped a Martin Luther King Jr. sample on a track and then followed it up on the same album with “Make it Nasty.” That was Tyga.

Waka Flocka is a simple man. He almost never wears a shirt, he’s constantly yelling “Bow, bow, bow, bow!” and when you boil it down, there are only two types of Flocka songs: those about ass-kicking and those about asses; the most popular are about the latter. His biggest commercial hit, “No Hands,” a song with the opening line “All that aasssss, in your jeeeeans,” peaked at No. 13 on the 2010 Billboard Top 100, and his second biggest hit, “Round of Applause,” which is literally a song about the sound of butt cheeks slapping together, reached No. 86 on the Billboard Top 100 in 2012.

Over the past couple of years, Waka Flocka has been busy. He’s promised to produce a rap album for Amanda Bynes, released a video game called Wakaville and parted ways with his protégé, Gucci Mane, even dissing him on the track “Ice Cream” (which has resulted in an ongoing lawsuit). But at this point, it’s safe to say Waka Flocka isn’t going anywhere. We’ll be hearing “Squaaaaaaad” for quite some time.