Getting around on foot is for suckers—or is it?

Scott Renshaw: I'll walk pretty much anywhere I can get in half an hour or less. Unless I'm in a hurry. Or it's raining. Or it's too hot. Or too cold. Or if I'm going to have a lot of stuff to bring back. So I pretty much never walk anywhere.

Colby Frazier: In everyday life, a couple of miles, a distance that hasn't changed much over the years. The colder, hotter and messier the weather, the better. But give me the time and the dough and an absence of responsibilities in everyday life, and I might just walk away forever.

Sarah Arnoff: I like Stephen Wright's attitude: "Everywhere is within walking distance if you've got the time." "Too far" for me is usually if I don't have time to walk there or if I have to lug stuff to or from my destination. Or if it's really cold outside.

Derek Carlisle: Five blocks heading all directions, as long as I'm not hiking the Aves or the east bench.

Nicole Enright: I'd walk pretty much anywhere. When it's warm, I walk everywhere. Most summer Sundays, my husband and I walk about eight miles round-trip to our favorite breakfast place. I also walk to work all summer. It changes more with the seasons. In the winter, I don't even want to walk outside.

Rachel Piper: I grew up with a total anti-walking attitude. My best friend and I lived exactly one mile apart, but we walked to meet just a handful of times—otherwise we got rides or resigned ourself to the phone. Now I often try to walk (or jog) places within five miles, so long as there aren't hills, or if I'm running late ... which I almost always am.

Jeremiah Smith: I suppose that would depend entirely on if I could be the man who walked a thousand miles to fall down at your door. DADA DA DA! (Anyone? Anyone?) 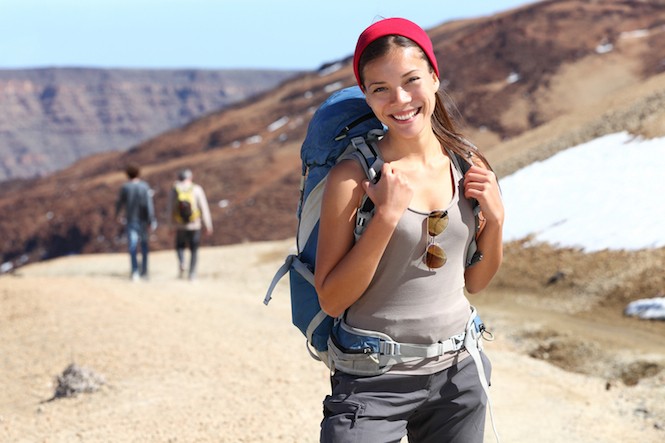 When I was in college, I lived four miles from campus. I probably could have walked the distance in an hour, yet not once in five years did it occur to me that I could or should. Bike? Only kids rode bikes then—fixed-gear Schwinns with balloon tires and coaster brakes. Bus? Out of the question! The cool guys drove British roadsters to the university. Until Ford built the first Mustang, the rest of us made do with old cars that left oil stains in the driveway.

My preference for driving was typically American. Why walk when you can drive? We Americans calculate "within walking distance" in yards, not miles. We take to our feet when necessity dictates that we reach the store from the parking lot, drain the dog's bladder, atone for carbs or raise money for causes. Sure, a few of us do hike the Wasatch Mountains, march in parades, trek the Annapurna Circuit, meander through Red Butte Garden or stroll through City Creek mall. But you don't find many who walk for the sake of walking.

I know only two people for whom "the journey is the destination," as they like to say. Mike and Petra Metras met while walking the Camino de Santiago, the ancient pilgrimage route across Spain to the tomb of St. James. (The patron saint of soldiers and laborers, the same James who reportedly appeared to Joseph Smith in 1829.) After that 500-mile walk, Mike and Petra married. Later, they walked 5,321 miles from California to Jerusalem. You can read about it in their book, Encounters on the Road to Jerusalem.

My wife and I began to talk about walking the Camino de Santiago even before seeing Emilio Estevez's movie The Way. What better way to explore Northern Spain, spared the encumbrances of rental car or tour bus? It also offered a rare opportunity to be a peregrino—a pilgrim—which resonated for us as descendents of people who walked across the Great Plains in 1856 for the sake of religion.

The pilgrimage concept is lost on Americans, and "pilgrim" has been so degraded by advertisers that it is little more than an autumnal caricature. I can't speak to the status of "pilgrim" in Europe, but for more than 1,000 years, people have made their way to James' tomb in an act of piety or penance. But, of the almost 216,000 peregrinos who finished the Camino de Santiago last year, some intended a journey of religious devotion, some did not. Many, like my wife and I, were attracted by the adventure and satisfaction that come with a very long walk.

In making the decision to go, we acknowledged that we would be peregrinos in name only. To be sure, we would be travelers, not tourists, but the journey we had in mind was more akin to Graceland than Mecca. We decided not to walk all 500 miles from the Pyrenees to Santiago. Instead, we mapped a leapfrogging itinerary that favored vineyards and historic cities over featureless flatlands and suburbs. We picked up the trail in Pamplona, the city made famous by bull-runners, and walked west for 100 miles or so.

You can't walk for days on end without thinking about what Henry David Thoreau called "the art of walking." I hadn't given it a lot of thought beforehand, but I was anticipating a brush with Kinhin, Zen Buddhism's walking meditation. Instead, I got a lesson in animal instinct. The more I walked, the more my autonomic nervous system seemed to defer to my feet. They set the pace even as they steered a course to level, cushiony ground in the often-rocky path. I was aware of my eyes sweeping the trail like radar for rocks and mud, but my feet seemed to navigate unassisted. My knees registered protests on downhill stretches, and my entire body recoiled involuntarily from stairs. I had to admit that I felt more like a horse plodding than a Buddhist meditating.

"You must walk like a camel," wrote Thoreau, because it is "the only beast which ruminates when walking." Wordplay aside, I did spend some part of every day ruminating. There was opportunity enough, and our camel's pace, less than three miles per hour, was conducive to flights of thought.

One day, we walked on a remnant of road cobbled by the Romans. Not far from it, cars sped by on a highway. I tried to imagine the process Roman soldiers used to build the rock road 2,000 years before. Then, pondering the asphalt highway, I decided it would be short-lived by comparison.

Our pace was also conducive to conversation. We shared time, space and imperfect Spanish with peregrinos from all over the world. At the end of the day, the communal dinners were "joyous moments," to borrow a phrase from Frederic Gros' recent book, Philosophy of Walking. Gros writes that reaching a destination after a long walk "casts a backward light on the road" and has the effect of reversing time: "What was accomplished in fatigue, sometimes boredom ... is transformed into a series of necessary and joyous moments."

I like the proposition that reflection in the present enhances events of the past. These very words serve that purpose.

With Spain now burnished in my memory, I turn my attention to next semester's class schedule at the University of Utah. A continuing-education class called "Bike the Camino de Santiago" catches my eye, but I am looking for an interesting reading list to see me through the bleak months of winter. I look forward to walking to and from class. My house is three miles from campus. It is not far at all.