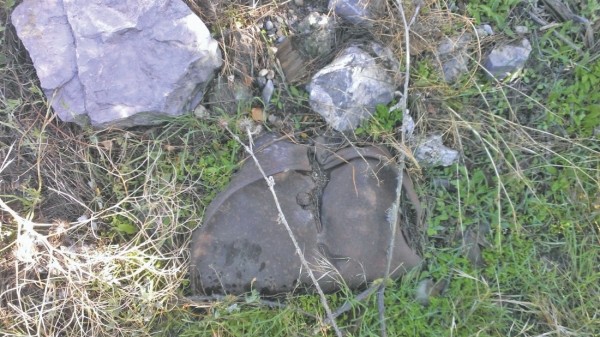 As Russell Ridge walked the length of a vacant lot in north Salt Lake City, trying to get a feel for how the excavation company he worked for might be able to use the property, he spotted something out of the ordinary—the rusted top of what looked like an oil drum poking out of the ground. Common sense told Ridge that potentially hazardous chemicals aren’t supposed to just be buried under the ground, so he called the Utah Department of Environmental Quality on Nov. 4, 2013, and even supplied pictures of the drum as proof.

What happened next, Ridge says, was a whole lot of nothing.

The incident was logged by the DEQ’s Division of Environmental Response & Remediation, who contacted the Salt Lake Valley Health Department and the DEQ’s Division of Solid & Hazardous Waste. Ridge says he followed up with DEQ, but found that no agencies involved had taken any action. In response to his claim, no staff members from DEQ or the Salt Lake Valley Health Department went out to investigate the site, relying instead on his pictures to determine the oil drum didn’t constitute a problem.

“I’m not a big fan of government as a whole,” Ridge says. “But what regulations do exist should exist to protect the people. When they refuse to hop up from their cubicle and drive for 15 minutes to rule something out—I’ve got an issue with that.”

Ridge says he doesn’t know the extent of the problem with the drum and says that while it could be as benign as an empty piece of metal buried underground, it could also be just the tip of a toxic iceberg, especially since the lot—on Victory Road right before the street connects with Beck Street—is bordered by some suspect properties.

Less than 50 feet from the drum’s location is the site of an old superfund cleanup site; a neighboring lot to the north is owned by the Sinclair Oil Corporation; and the property itself—which was for sale in late 2013—is owned by Grand America Hotels & Resorts, which also owns Sinclair Oil.

Ridge says that while the drum could have been nothing, it also appeared to have been exposed to the air accidentally, meaning it was definitely buried and not just trash left on the ground.

The official Environmental Incident Report of the drum notes “No Action Needed—In a discussion with Salt Lake County HD it was determined that the drum was too compromised to contain materials of concern.”

Jon Parry with the Division of Solid & Hazardous Waste recalls that after discussing the pictures with the Salt Lake Valley Health Department, it was deemed unnecessary to inspect the site in person.
“Usually, Salt Lake County is pretty proactive about following up on stuff that appears to be a problem,” and based on the photos, it didn’t appear to be a problem, Parry says.

The drum was eventually cleaned up. After City Weekly made inquiries about the drum, the health department’s Community Clean Up team—which usually cleans up refuse left behind from transient camps—visited the site and picked up the drum debris. Salt Lake Valley Health Department spokesman Nicholas Rupp says that when the clean-up team removed the barrel, they didn’t notice any signs that the area had been affected by the drum or anything else under the ground.

“In this case, there was grass growing out of the barrel, so it didn’t appear to have any environmental effects,” Rupp says.

His agency is tasked with responding to numerous spills and other complaints, generally involving spills that happen at industrial worksites. In 2013 alone, for example, the health department’s 10 environmental health scientists responded to 1,564 solid waste complaints, as well as 233 emergency spills.

Still, Ridge is concerned that if someone purchases that property it may fall to them to begin cleaning the site or go through the costly process of investigating who contaminated the area if the problem is bigger than what’s simply poking out of the ground. He also bristles at the fact that the county would come down a lot harder on businesses and even citizens in situations where the culprit is obvious.

“If you dumped even half a quart of oil in a storm-drain system and someone saw you, you could be fined,” Ridge says. “There’s pretty stiff penalties.”