"We Have to Do a Better Job"

U of U students don't know their options for reporting, recovering from sexual assault. 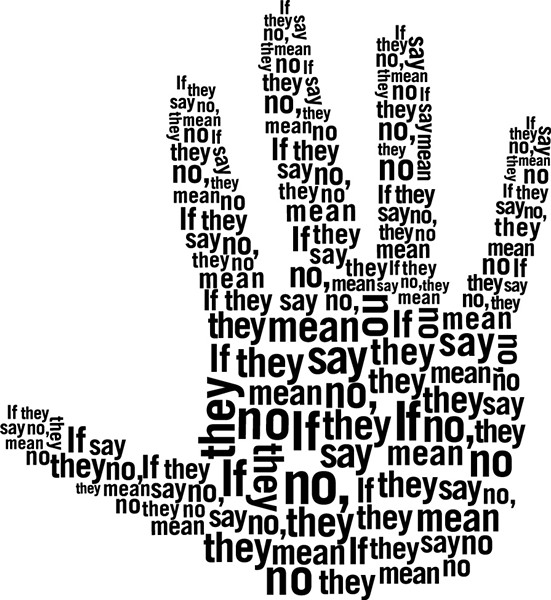 Last year's campus crime log suggests students at Utah's flagship university have a 1-1,000 chance of being raped, groped or sexually assaulted in some other way. A new, different set of school data released this week drives the odds right up near the national average—higher than one in 10—and almost double when only women are considered.

This means the 18 rapes and 12 other sex offenses recorded at the University of Utah last year are a small piece of overall sexual violence at the Salt Lake City campus of 31,000 students. But there's no evidence that administrators have been hiding or destroying reports. In many cases, they simply have not received them.

"We certainly have heard that this is underreported," Dean of Students Lori McDonald says. Now the extent of that underreporting is becoming clearer. As the U has gone beyond its own existing data sets to poll students, its analysis has captured assaults that did not appear in previous tallies because they happened off campus or were unreported to administrators.

Of students who told someone they were sexually assaulted, less than 5 percent relayed the incident to a school employee who had the authority to take down a formal report, according to results released Monday. The findings come from an optional, anonymous, 20-minute survey taken by about 4,000—or roughly 14 percent of—U students in January.

The study confirms what top administrators suspected: that even though the issue of campus sexual assault has drawn public scrutiny in recent years, the ins and outs of informing the school and getting help largely are a mystery to U students.

"That's what came across loud and clear. We have to do a better job of letting them know where to go to report," McDonald says. "I think even most important is where to find support resources" that don't require giving details to an administrator or police, she adds.

Outside of Utah, federal officials also are keeping an eye on how the U approaches sexual assault cases. Like Westminster College and Brigham Young University, the U is under federal investigation after a student filed a civil-rights complaint that her case was mishandled. The U said it was saddened to hear a student felt the school did not investigate appropriately; wants to be fair and provide support resources to all students and is constantly revising and updating its policies.

The survey found that half of participants didn't know where to go to make an official complaint (answer: You can start by going to a resident adviser or McDonald's office, university police or the school's office of equal opportunity) or where to get help on campus (answer: the Center for Student Wellness for confidential counseling, or the Dean of Students' office for help arranging extensions on assignments and reworking class schedules).

Three in five students said they were uncertain what happens once a report is made. To their credit, a certain degree of confusion is understandable. There are several options.

For example, a student can go to counseling and academic help, or pursue an investigation, in which an administrator interviews the accused person and any witnesses to determine whether school policy was violated. The U's victim advocates also offer to help students report to police.

Despite students' confusion, they have faith in their university. About 90 percent agreed the school would handle reports fairly.

The numbers also highlight one way for the school to better inform students of these resources.

Students might skip out on forums and toss brochures if they're told to pay attention for their own good, says report co-author Elizabeth Duszak. But they'll listen up if they believe a classmate will need the advice at some point. According to the survey, two in three sexual assault victims confided in someone, most likely a close friend, and usually within 24 hours.

"We have an in," Duszak says, "in that we can say you hopefully will never need this, but you may have a friend who needs this."

In line with the nationwide trend, most U students who reported being assaulted in the survey said the perpetrator was someone they knew, and 73 percent of the time, it happened when they were drinking alcohol—though the survey reassured them that drinking did not put them at fault.

Utah Code, the U notes, defines sex with an unconscious person as rape.

"If you're incapacitated, you can't give consent," McDonald says.

Her office isn't alone in compiling this type of data. Logan's Utah State University and other colleges nationwide also are crafting a "campus climate survey" to send to students. The studies are recommended by federal education officials, but not required.

The U is planning to do the study every 2-3 years to measure its progress. It has begun to tweak its programs and materials based on the findings.