We know you wanted Grand Theft Auto V or a pony for Xmas-but how about a mixtape? 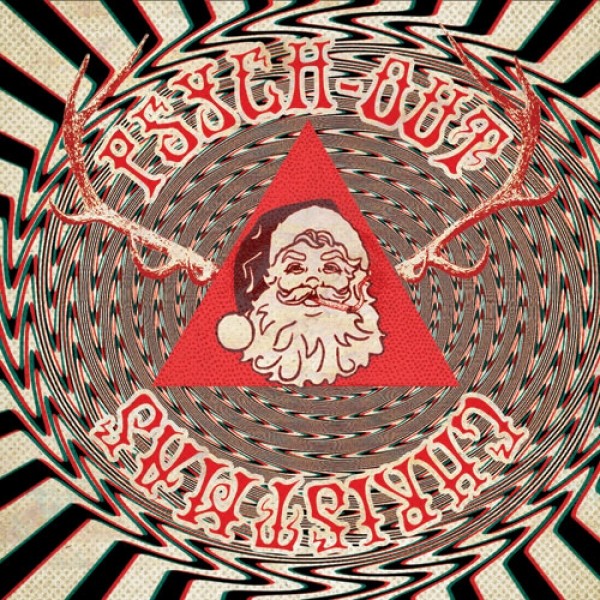 Every year, we hear the complaints from friends and Internet memes: “Christmas music already?” “Calm down—it’s October.” In fact, these alternative holiday playlists started as a similar reaction. Bah humbug! Christmas music sucks. Take all that seasonal cheer and cram it up your chimney.

Well, this year, I think I’m kinda feelin’ the spirit—some kind of burning … in my bosom. Or maybe it’s E.T.’s heartlight, or the Grinch’s acute organomegaly. Anyway, I’ve been lookin’ forward to this holiday season and compiling another mix list of nontraditional, or just plain odd, Xmas tunes.

For adults, Christmas isn’t as fat with surprises as it was when we were younger, so it’s nice when something does catch you snoozing. This year, it was Cleopatra Records’ Psych-Out Christmas compilation.

Psych-Out leads off with Len Maxell’s “Christmas Monster Party,” a ghoulish, silly intro more suited to Halloween—but Tim Burton already cross-pollinated the holidays with A Nightmare Before Christmas, so whatever. What follows are 16 more tracks that run the gamut from mellow, trippy psych-pop (Elephant Stone covering the Beatles’ “Christmastime Is Here Again”) to wacky instrumentals (Quintron & Miss Pussycat breathing new life into the stale “Jingle Bell Rock”) and full-on garage rock (The Fuzztones’ “Santa Claus”). There’s even a recontextualized cover of The Zombies’ “Time of the Season” from Sons of Hippies—why didn’t someone think of that sooner? And Sleepy Sun’s version of “What Child Is This?” liberally interprets the idea of reverence, starting off like the theme from Shaft and finishing in a delightfully fuzzy cacophony. Topping it all off is Iggy Pop playing Bing Crosby on “White Christmas” (Guitar Stooge Version)—it’s at once faithful and … different. You’ll love every last track.

And here’s a big ol’ plate of other alt-Xmas goodies you should enjoy. If not, return them to Walmart. I hear those chumps still don’t require a receipt. 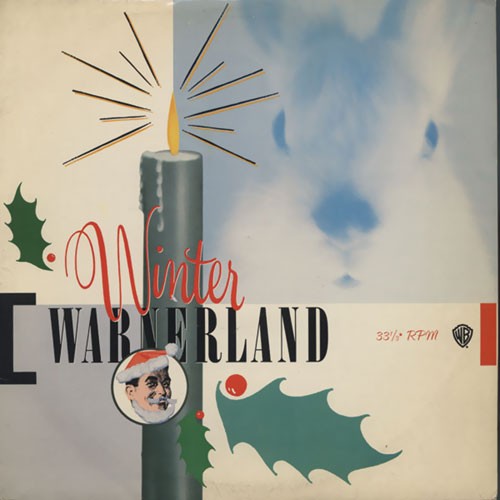 Apollonia, “Holiday ID” (Winter Warnerland, Warner Bros., 1988)
The gullible, physically gifted singer from Purple Rain (remember, she purified herself in the waters of “Lake Minnetonka”?) sends season’s greetings in English and Spanish, but only says “Don’t drink and drive” on the English version. Â¡Qué chingado! Apollonia doesn’t care about Latinos.

Dead Flowers, “A Lot Like Xmas” (single, Idol Records, 2013)
This Dallas band’s single was another surprise, popping up shortly before I submitted this thing. A sleepy-eyed mid-tempo rocker that could’ve been a lost Replacements tune, it’s a total bummer: The Dead Flowers frontguy Corey Howe is missing someone who’s on a beach while he’s drinking cocoa on the street. It’d be trite, but you can feel his loss. “Oh, my dear/ I wish you were here/ Oh, my love/ I wish you wouldn’t have given up.” Check out the song on YouTube and stream the album at Deadflowers.bandcamp.com. 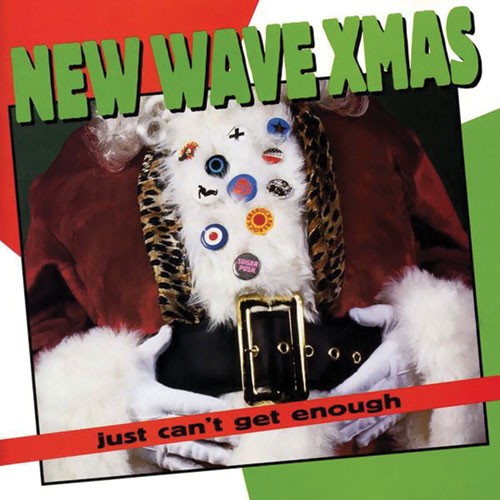 Root Boy Slim & the Sex Change Band, “Xmas at Kmart” (New Wave Xmas: Just Can’t Get Enough, Rhino, 1996)
The legend of the late Root Boy Slim tells that he was super smart and was fraternity bros with George W. Bush. He was also a diagnosed schizophrenic, and this little Christmas jam supposedly landed him a deal with Warner Bros. Records. You can see what those late-1970s execs saw in the tune, in which Root Boy pseudo-raps lines like, “That lingerie counter was grab-and-go/ shoplifters’ bags on overflow/ Santa got a dose in San Jose/ Come to the Kmart wants love to stay.” 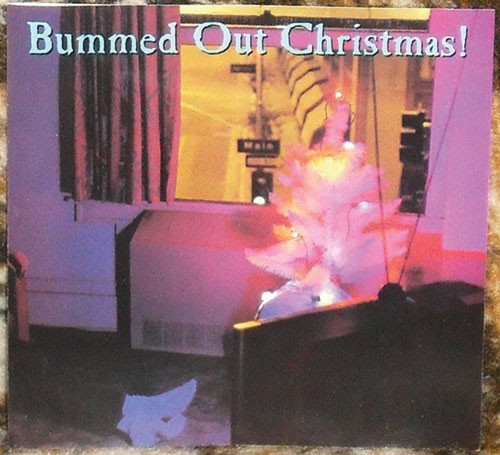 Clyde Lasley & the Cadillac Baby Specials, “Santa Came Home Drunk” (Bummed Out Christmas, Rhino, 1989)
So it’s like this: Santa stopped at a neighbor’s house and started drinkin’ good gin … and some o’ them whiskeys. So says Clyde Lasley as some sweet thangs croon, “Oooo, here comes Santa … Santa’s drunk again.” It’s like Dolemite-lite, but still kinda funny to imagine Santa dropping by Johnnie Walker’s house before carrying on with his route. 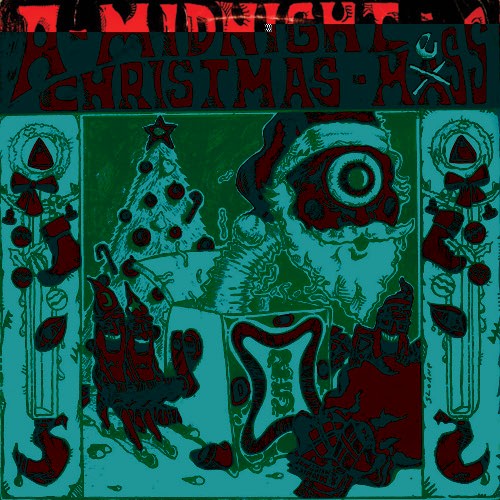 Nadroj & the Wolrats, “Forget It” (A Midnight Christmas Mess, Midnight International, 1984)
This snotty garage-punk track might sound familiar: It’s The Sonics’ “He’s Waiting” with different lyrics. Here, our protagonist contemplates Christmas and how, even after messin’ around all year, it means “... another new guitar/ under the tree/ and a girl in a nightgown/ waitin’ for me!” Sounds like a sweet deal to me, but it’s never really clear why he decides to forget it. Dude needs to enunciate. Or post the lyrics online. 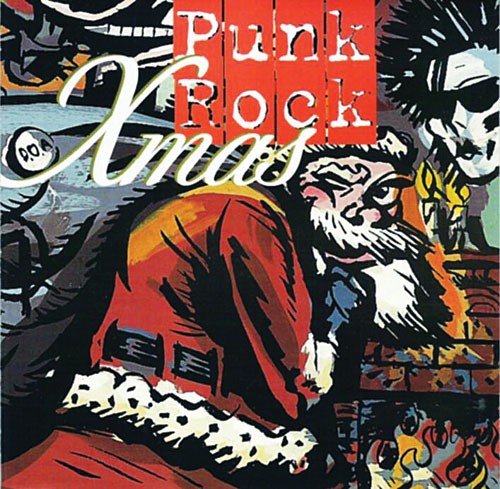 The Frogs, “Here Comes Santa’s Pussy”
Pansy Division, “Homo Christmas” (both from Punk Rock Xmas, Rhino, 1995)
The Frogs (RIP, Dennis Flemion) made provocative novelty music that mined racism and homoeroticism for maximum offense—you might call them the first troll-rock band. So, as you may deduce, this song will ruffle some feathers, especially the part about the candy cane. Actual gay punk rockers Pansy Division make a similar comment about peppermints sticks in their song—and they’re serious. But if you’re offended by either one, lighten up. Have a candy cane. 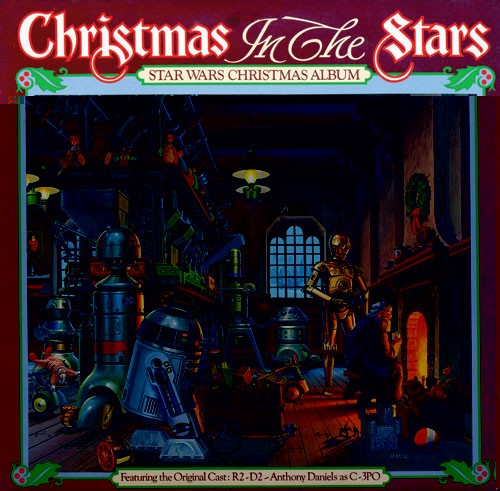 The Star Wars Intergalactic Droid Choir & Chorale, “What Can You Get a Wookiee for Christmas (When He Already Owns a Comb)?” (Christmas in the Stars: Star Wars Christmas Album, RSO, 1980)
Ho, ho, ho! OK, geeks, break out the robot bong and sing along to this cartoonish number that—correct me if I’m wrong (and I know you obsessive wieners will)—features exactly two seconds of Chewbacca’s vocal stylings. The rest sounds like a Muppets-meets-Barnes & Barnes revue. But it’s pretty cool from a nostalgic perspective.
You can stream the entire album at I-Mockery.com/shorts/starwars-xmas/. 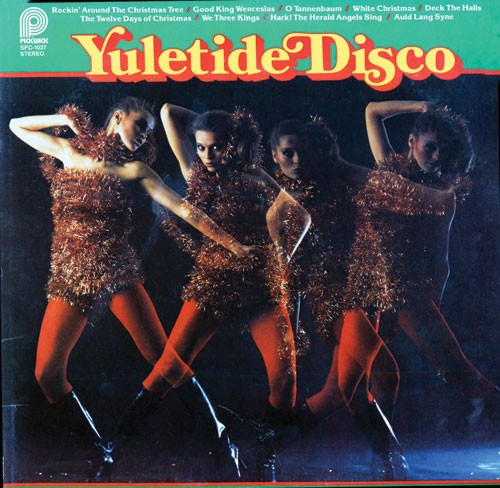 Mirror Image, “O Tannenbaum” (Yuletide Disco, Cutout, 1979)
Wooden Shjips, “O Tannenbaum” (limited-edition 12-inch single, Sick Thirst, 2010)
It starts out simple and traditional, with horns and stuff—then the party starts. Then the wah guitar, sleigh bells and conga drums kick in, and it’s 1979. You can just see the gold chains tangled in thick chest hair as Christmas-tree-shaped bell-bottoms sway around platform shoes. Say, fraulein, would you like to touch my tannenbaum? Describe your keys to me so that I might pick them from the bowl.

Far-out space rockers Wooden Shjips’ version of the tune clocks in at nine minutes, and it’s recognizable only in spots. The main hook pops up intermittently throughout the loopy aural miasma to remind you what you’re listening to—and damned if that doesn’t epitomize alternative Xmas music.