Favorite Utah places, who's who in the arts

Charles Morey, Pioneer Theatre Company
Since 1984, playwright/director Charles Morey—"Chuck" to his friends—has been Pioneer Theatre Company's artistic director. In that time, Morey has directed more than 80 productions, created several adaptations and translations and written three original works—including the upcoming Laughing Stock. Morey steps down at the end of the 2011-12 season, leaving big shoes for his successor, Karen Azenberg, to fill. "It's been a great run. It's bittersweet to leave, but it's time and it's always good to make your exit before they push you off the stage," Morey says. "To quote my favorite band: 'Lately, it's occurred to me what a long strange trip it's been.' I came to Pioneer Theatre 28 years ago from New York expecting to stay three to five years. I guess I must have liked it here and been continually challenged and excited by the work I was able to do with an incredible group of artists, technicians and administrators." As for the future, Morey says, "So, what now? Well, first, I hate golf, I have no hobbies, and I'm not rich, so I'll just keep on working until I can't anymore. Joyce and I will split our time between our home here in Salt Lake City with a view of the Oquirrhs and our apartment in New York City with a view of Riverside Park. I'll focus on freelance directing (as long as people will hire me) and writing plays (as long as people will produce them). In the immediate future, I have been commissioned by a theater in NYC to write a new adaptation of Beaumarchais' The Marriage of Figaro, which is tentatively slated for Off Broadway next fall."
Upcoming Pioneer Theatre Company productions: Emma (Feb. 17-March 3), Laughing Stock (March 23-April 7) and Man of La Mancha (May 4-19). 300 S. 1400 East, 801-581-6961. PioneerTheatre.org 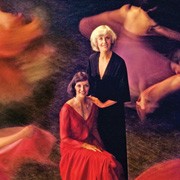 Shirley Ririe & Joan Woodbury, Ririe-Woodbury Dance Company
Salt Lake City's dance troupe extraordinaire has been going strong for 47 seasons, and in that time has earned a solid international reputation. The grandes dames of Ririe-Woodbury—Shirley Ririe and Joan Woodbury—are gracefully transitioning into company emeriti, but with an eye to the future, are leaving the company in the capable hands of Charlotte Boye-Christensen. "I am very happy with the people who are going to carry Ririe-Woodbury into the future," Ririe says. "We have worked a long time with each one of them, and I have the greatest respect and love for them: Jena Woodbury, Charlotte Boye-Christensen and Gigi Arrington. I know they will take the company to a grand new place, and I wish them well."
Upcoming Ririe-Woodbury productions: Iridescence (April 26-28, Rose Wagner Center, 138 W. Broadway, 801-297-4241). RirieWoodbury.com

Michael Ballam, Utah Festival Opera & Musical Theatre
In the nearly two decades since Michael Ballam founded the Utah Festival Opera, it has become one of our favorite reasons to escape the city and take a jaunt north to Logan each summer. Ballam, himself a Logan native, has enjoyed a varied and impressive operatic career, having turned in more than 600 performances in more than 100 different roles, sharing the stage with such luminaries as Joan Sutherland, Placido Domingo and Beverly Sills. Ballam holds a doctorate of music from Indiana University and has served on the music faculty at Utah State University for nearly a quarter century. "I have a passion for the arts throughout Utah and am an avid fan of every organization from St. George to Logan," says Ballam. "My return to Utah is to do my best in energizing and supporting the arts throughout our glorious state."
Upcoming Utah Festival Opera & Musical Theatre productions: My Fair Lady (July 13-Aug. 11), Faust (July 12-Aug. 11), Tosca (July 13-Aug. 10) and Kiss Me, Kate (July 12-Aug. 10). 59 S. 100 West, Logan, 435-750-0300. UFOC.org 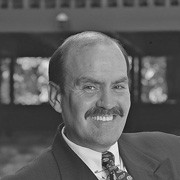 R. Scott Phillips, Utah Shakespeare Festival
Originally conceived a half century ago as a way to attract summer tourists motoring among southern Utah's national parks, the Utah Shakespeare Festival has blossomed from a two-week event into a sprawling, award-winning regional festival lasting throughout the summer and fall, and has put Cedar City on the map as a destination in its own right. R. Scott Phillips has served as director since 2007, developing this extended-season trend and bringing new vitality to the Green Show—the most festival-y part of the festival. Phillips is very definitely a local, having graduated from Southern Utah University and directed theater throughout the region. "One of the interesting things about the performing-arts scene in Utah is how diverse and exciting the state is becoming," says Phillips. "Having been a Utah resident for the past 34 years, I am amazed at how culturally diverse and complex we are becoming. I want to make sure that the Utah Shakespeare Festival continues to produce rich and life-affirming theater by embracing cultural diversity. It is incumbent of the performing arts organizations to make sure that art is perceived as a valuable and essential fabric of life."
Upcoming Utah Shakespeare Festival productions: To Kill a Mockingbird (June 21-Sept. 1), Scapin (June 22-Sept. 1), Les Misérables (June 23-Oct. 19), The Merry Wives of Windsor (June 25-Sept. 1), Mary Stuart (June 26-Aug. 31), Titus Andronicus (June 27-Sept. 1), Stones in His Pockets (Sept. 19-Oct. 20) and Hamlet (Sept. 20-Oct. 20). 351 W. Center St., Cedar City, 435-586-7878. Bard.org

Thierry Fischer, Utah Symphony
Since Maestro Thierry Fischer took the helm of the Utah Symphony in 2009, the Swiss native has been noted for the unique energy he brings to the orchestra's programming. Fischer is particularly passionate about Stravinsky, Berlioz and Beethoven, frequently juxtaposing pieces by the widely known traditional composers of the Romantic and Classical eras with contemporary works. During the 2011-12 season, Fischer is leading the Utah Symphony through a countdown of all nine Beethoven Symphonies. "I believe that the presence of a symphony in any city is crucial," Fischer says. "Today we live in a world where technology is taking over and you can listen to music anywhere, but nothing can ever replace the feeling of live music. Live music is a transformative energy. It will give you everything you have the ability to absorb and exactly what you need to absorb in that very moment."
Upcoming Utah Symphony performances: Rachmaninoff & Beethoven (Feb. 17-18). Abravanel Hall, 123 W. South Temple, 801-533-6683, UtahSymphony.org