We're the Millers, The World's End 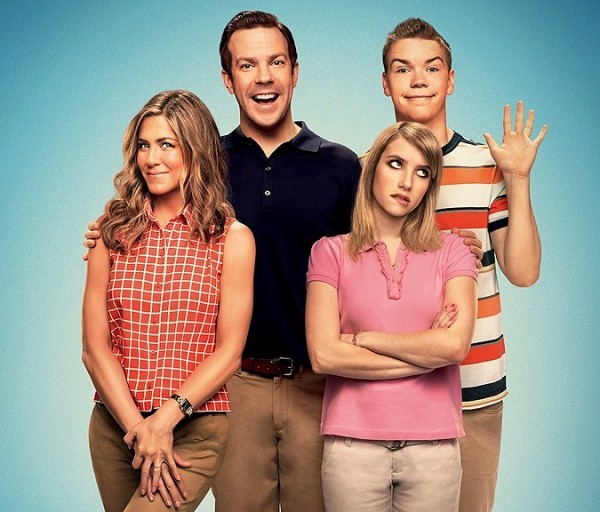 We’re the Millers
A pot dealer (Jason Sudeikis) recruits a stripper (Jennifer Aniston) and two kids (Emma Roberts, Will Poulter) to pose as a vacationing family and transport an RV full of weed over the Mexican border. Oddly enough, no Danny Trejo. (Warner Bros.)

The World’s End
Five childhood pals (including Simon Pegg and Nick Frost) embark on an epic 12-bar pub crawl, only to be derailed by a robot apocalypse that threatens to replace humankind with machines. So, this trilogy didn’t include Paul, huh? (Focus)

The To-Do List
An overachiever (Aubrey Plaza) who missed out on the booze, drugs and sex of high school makes a list to do it all before she goes to college … because there’s no booze, drugs or sex in higher education? As believable as Plaza is as a teenager. (CBS Films)

Caesar & Otto’s Deadly Xmas
While working as a department store Santa and elf, brothers Caesar and Otto run afoul of another, psychotic Saint Nick, who, of course, goes on a blood-splattering killing rampage. The only Christmas movie you’ll need this holiday season, kiddies. (MVD)