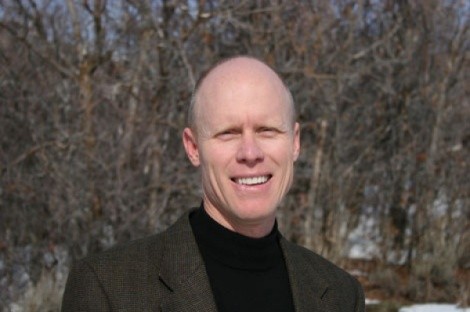 Wesley Smith, business development manager at Utah State University’s Energy Dynamics Laboratory, has been on the cutting edge of alternative fuels and transportation for 20 years. He’ll be joining a panel for the upcoming Leonardo After Hours, discussing “The Future of Transportation,” at Tony Caputo’s Market & Deli, 314 W. 300 South, Tuesday, June 8, 5:30-7 p.m. RSVP at TheLeonardo.org.

Does the Gulf of Mexico oil spill create the need to reassess energy sources for transportation?
It’s an obvious example of a major externality in liquid0hydrocarbons reliance. However, the biggest issue is day-to-day air pollutants coming from vehicles that burn traditional fossil fuels.

What is the future of transportation?
Doing what we’ve been doing. Essentially, the vast majority of Americans drive their own cars because it gives them freedom. That’s it, despite visions of mass transit. In the West, particularly in the urban-sprawl of Salt Lake City, it’s impossible to think of getting around without a car. The challenge is doing it safer, faster and, most importantly, cleaner.

What about electric cars?
EDL’s vision is grounded in existing technologies, like inductive power, involving wireless-energy transfer—like an electric toothbrush charging. It’s the magic of electromagnetism: A cable would run undetected under the road, transferring energy up through asphalt into an electric car’s undercarriage battery pack. Imagine Interstate 15 and one lane has electrification. It could have enough energy transfer to power a tractor-trailer.

The only reason we don’t all drive these is because of the batteries’ high costs. Then, there’s the charging range, weight, etc. This project essentially takes the expensive energy-carrier out of the car and into the roadbed. Installation costs are about double a highway’s re-asphalting costs ... not that bad. But, then, the consumer is only paying 30 to 40 cents per gallon of gasoline by comparison.

Is it viable?
It’s a transformational concept that’ll take systems solutions, pulling in various stakeholders in its development. However, I’m always looking at short-term solutions. For this, it’s wireless, stationary, charging systems at parking lots, stores, offices and homes. Nissan has announced its Leaf will have wireless charging capabilities in 2012. Large car manufacturers are moving in this direction.

What should Utah be doing?
Support alternative-energy producers in their demonstration projects. Until we get these in place, we only have computer models. We need real numbers, otherwise, it’s hard to make longer-term commitments.