Eight more things Gov. Gary Herbert is unaware of besides a $13 million “settlement payment” to a losing I-15 reconstruction bidder. 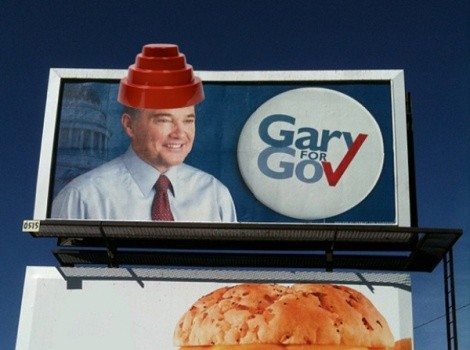 Eight more things Gov. Gary Herbert is unaware of besides a $13 million “settlement payment” to a losing I-15 reconstruction bidder:

That his campaign billboards make him look like the lost member of Devo.

7. That opponent Peter Corroon is a cyborg sent from the future to destroy him.

6. The meanings of the terms “ethics,” “integrity” and “poly/cotton blend.”

5. That tax breaks for Cold Stone Creamery influenced the introduction of “Herbert Sherbet” in any way.

4. That his son is a stalker, not just a “really romantic fella.”

The recall notice on his SuaveDude 500 hairpiece.

2. That predecessor Jon Huntsman Jr. refers to him at parties as “the awesome joke I played on Utah.”

1. That anyone pays attention to what Republicans do in Utah.

The Ocho The Ocho ,