Preview of visual art for the new year 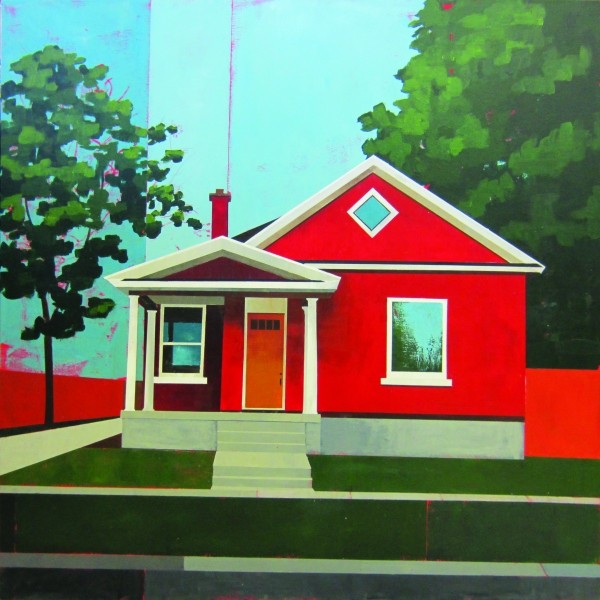 Some of the most exciting local art during the course of the year isn’t to be seen at galleries, but at studio open houses. Visiting studios is not only an opportunity to view artists’ works away from the sometimes staid environment of the gallery, but also a chance to view them in their natural environs, the place the art is born.

When it comes to predicting artistic trends and currents—whether locally or in the broader art world—it’s not so much a guessing game as it is deduction, based on trends in the exhibitions for the upcoming year. What may be different this year compared to the previous year? Who is making the biggest “noise” on the circuit? With an insider’s look, one might get an insider’s perspective on trends one might expect to have an impact for 2013.

As the Baby Boom generation retires, another steps forward to take its place, with an influx of talent representing artists in their 20s, 30s and 40s. Two of the strongest local shows of the early year attest to the talent of this progressive generation.

January is the month to see such progressive action at Art Access (230 S. 500 West, 801-328-0703, Jan. 18-Feb. 8, free. AccessArt.org), where a group of artists residing in Rose Park will exhibit their artwork in a group show. “The Rose Park show highlights the growing movement of young creative people to the neighborhood,” says show curator Justin Wheatley. “The little community has attracted a wide variety of innovators, from architects to graphic, visual and performing artists, to industrial designers.”

The inception of the show was spontaneous. “We didn’t plan it,” Wheatley says. “I just got to talking to an artist friend one day, and we realized there are quite a few of us in the neighborhood.” This ambitious endeavor includes Blue Critchfield, Ken Critchfield, Brandon Dayton, Eric Erekson, Erica Houston, Sarinda Jones, Hikmet Loe, Aniko Safran, Justin Wheatley and Tyler Williams. It is a major project by youthful art entrepreneurs.

The popular 2009 exhibition hosted by nonprofit Artists of Utah, 35 x 35, is returning. This show, which was a tremendous success, invites artists under the age of 35 to submit a piece of art. Thirty-five pieces will be chosen and then displayed at Finch Lane Gallery in March. The show is intended “to help further their career,” according to Artists of Utah’s online magazine, 15 Bytes. Considering some of the likely headliners, a generational zeitgeist suggests this is likely to be a showing of much work that’s already known, by many artists who are already established. Many of the artists expected to be represented are well-seasoned, and are “fixtures in the local art scene,” Artists of Utah says. This is a talented, sincere and energetic young artistic base that is becoming more and more the norm in local arts communities today. (Ehren Clark)

Local painter Brad Slaugh started Poor Yorick Studios (126 W. Crystal Ave [2590 South], South Salt Lake, 801-759-8681, PoorYorickStudios.com) 10 years ago. With more than 50 artists in 40 studios, Poor Yorick is the largest collection of local art studios under one roof, and it’s an eclectic, diverse mix of artists and media. Poor Yorick’s open houses are held twice a year, close to the spring and fall equinoxes. The scene at Poor Yorick is sometimes as surreal as one of Slaugh’s paintings.

Founded by local artistic whirlwind Trent Call and friends, Captain Captain Studios (825 W. 500 South, 801-651-6810, CaptainCaptain.org) is an artistic anchor of the Granary District. About twice a year, Captain Captain has a studio open-house party—walk into any given studio and you’re likely to scratch your head over some experimental video screening on the wall or catch an artist in the midst of explaining their process.

Guthrie Artist Studios (158 E. 200 South, 801-328-1281) are open during the regular downtown Gallery Stroll—the third Friday of every month except the first Friday in December. Formerly the home of Guthrie Bicycle, that space on the main floor now houses FICE, an urban clothing store where art is also shown. The artists of the Guthrie Artist Studios range from young, experimental artists—like Paul Michael Bernard—to renowned landscape and portrait painter Randall Lake, who has maintained a studio space there since 1974. Constructed in 1887, it might be one of the oldest local buildings still standing.

Held the second Friday of each month, the Sugar House Art Walk (SugarHouseArtWalk.com) was organized in February 2012 to showcase the area as an artistic hub, and a key part of it has been Rockwood Studios (1064 E. 2100 South, 602-399-4799). The building houses the studios of over 30 artists and four gallery spaces. It’s about more than just art—it’s a celebration of community. (Brian Staker)