What You Don't Know About Your Doctor Could Hurt You

Why overburdened Utah regulators can’t keep the (bad) doctors away. 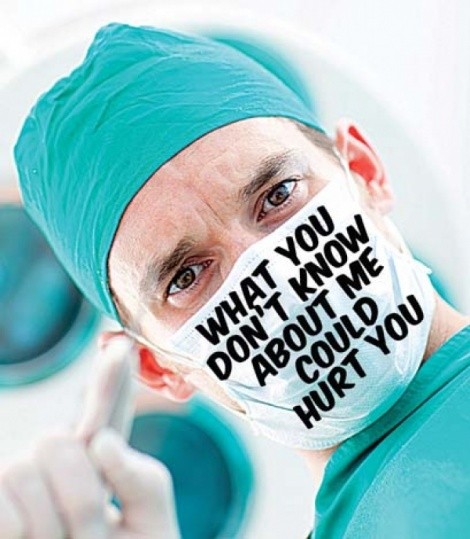 The bad news, Douglas Hudson was told in August 2007 while sitting in the office of colorectal surgeon Edward “Joe” Eyring, was that Hudson’s colonoscopy showed he would need surgery—two operations, in fact. A procedure known as transanal endoscopic microsurgery would remove a number of dangerous tumors growing inside Hudson’s colon. The good news, Hudson recalls Eyring telling him, was that he had come to the only doctor in the state who could perform the operations. With Eyring’s poise, confidence and TV-doctor good looks, Hudson felt assured that, despite the dire diagnosis, he was in good hands. Then came more bad news: That during the course of those operations, Eyring would have removed half of Hudson’s colon.

“My wife, Peggy—in her infinite wisdom—said that when your doctor is talking about chopping you up, it’s probably a good idea to get a second opinion,” Hudson says. He turned to a friend for advice, who recommended a doctor at the University of Utah Medical Center. Hudson said that while the colonoscopy exam he received from Eyring took about 15 minutes, the same procedure lasted nearly two hours at the University of Utah. The second doctor found none of the tumors Eyring claimed to have seen. Hudson’s relief about his health soon turned to anger when he thought about Eyring’s initial opinion.

“I went home and steam was coming out of my ears, I was so goddamned mad,” Hudson says. He decided to complain to the Utah Division of Occupational & Professional Licensing (DOPL), the state agency that oversees professional license holders, including surgeons and physicians. Hudson met with investigators and even gave a statement to DOPL about his experience.

“Frankly I’m very disappointed in DOPL,” Hudson says. “I thought they were going to do something with this guy, but nothing’s been done about him.” That’s not exactly true: Hudson’s complaint was investigated by the state, and DOPL even filed a formal petition seeking to sanction and discipline Eyring for his allegedly improper treatment of Hudson and three other patients. Eyring’s attorneys, in a response to the DOPL petition, said Eyring did not recall if he used the term “tumor” with Hudson or not. He also thought the pathology reports showed Hudson’s colon contained “high-grade dysplasia”—a warning sign of cancer.

“Dr. Eyring does not have the pathology report at the present time and cannot, at this time, fully admit or deny. Therefore he denies the allegations,” his attorneys stated in their March 2010 response to the DOPL petition.

According to DOPL’s July 2010 newsletter, the complaints against Eyring were resolved by Eyring agreeing that he would receive a public reprimand and would complete continuing medical-education courses over the next 18 months. In the stipulation order, Eyring admitted to “unprofessional conduct” in 2006 and 2007 “when he violated generally accepted professional and ethical standards of practice.”


Since Hudson only knew of his individual experience with Eyring, he couldn’t say if his misdiagnosis was a one-time occurrence or not. Someone who could say that was Terrell “Terry” Hicks, a colon surgeon from Louisiana, hired by DOPL as an expert witness to assess complaints of “unprofessional conduct” against Eyring. Those complaints involved approximately 20 patients, according to a Utah Attorney General’s Office memo authored by Blaine Ferguson that City Weekly received in an open-records request along with Hicks’ report.

In his report, Hicks opined that Eyring not only made “false and misleading” statements, such as in Hudson’s case, but Eyring also appeared to have pressured one patient not to seek legal advice over her alleged substandard care by Eyring. “Dr. Eyring’s actions displayed an obstruction of justice, (or whatever the correct legal term would be)” Hicks wrote, “by dissuading the patient from seeking legal guidance that would have explained to her all of her options.”

In the case of another patient, Patient “X” (his name is withheld to protect his family’s privacy), Hicks reported that Eyring, who performed three abdominal surgeries on Patient X, was not “cognizant of the fact that the patient was dying from overwhelming sepsis.” The DOPL petition alleges that Eyring failed to perform the surgeries in accordance with accepted standards of medical practice, resulting in a tear in Patient X’s blood vessel. Eyring, the petition alleges, also failed to submit accurate and sufficient operative notes and other required reports to the hospital, and later, in 2009, gave false information to DOPL in an investigation into his case. The petition alleges that Eyring’s care of this and two other patients constituted “Gross incompetence, gross negligence or a pattern of incompetency or negligence.” Patient X died shortly after the three surgeries, and his family is still in legal proceedings with Eyring. 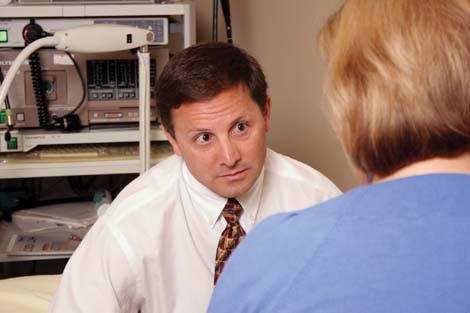 In their response to DOPL’s January 2010 petition, Eyring’s attorneys deny the doctor provided substandard care in any of the cases and deny he pressured any patient not to seek legal redress. Regarding the allegation that Eyring (pictured at left) failed to accurately report the size and location of the tear in the vessel, Eyring’s attorneys noted that Eyring was “more concerned with stopping the bleed and getting the cardiovascular surgeon to repair the bleed, than measuring the size of the bleed.” Eyring’s attorneys also claim that Eyring has been unfairly targeted by DOPL, and that DOPL investigators have interfered with his medical practice and “encouraged former patients to file lawsuits against Dr. Eyring.”

Given the seriousness of DOPL’s allegations and the fact that its retained expert concluded that Eyring’s conduct presented “patterns of deception, technical misadventures, and unprofessionalism,” it strains credulity that DOPL would only publicly reprimand the doctor and force him to attend continuing-education classes. At least one of Utah’s medical-malpractice lawyers is concerned enough to say that DOPL is a toothless tiger when it comes to regulating sloppy, shoddy or just plain bad doctors who fall below accepted medical standards. 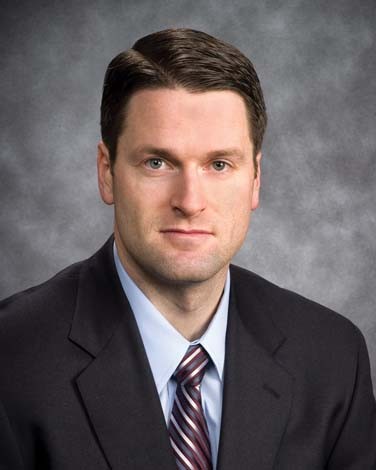 With 25 investigators tasked with investigating 177,000 licensed professionals in Utah, the state’s watchdogs keep plenty busy regulating licensees who range from hunting guides and acupuncturists to nurses and cosmetologists. While DOPL Director Mark Steinagel (pictured at left) himself struggles with how his investigators can more effectively challenge doctors for standard-of-care issues, personal-injury attorneys such as Dustin Lance fear the overwhelmed government regulators are too outgunned—or outlawyered—to effectively regulate dangerously sloppy doctors. Lance argues that surgeons and physicians in Utah should be regulated by a separate board, as they are in most states—a system he says would work more efficiently, similar to the way the Utah Bar regulates lawyers.

“There are far more lawyers sanctioned regularly than there are doctors here,” Lance says. “And our mistakes don’t kill people.”