What's the life span of a skyscraper? 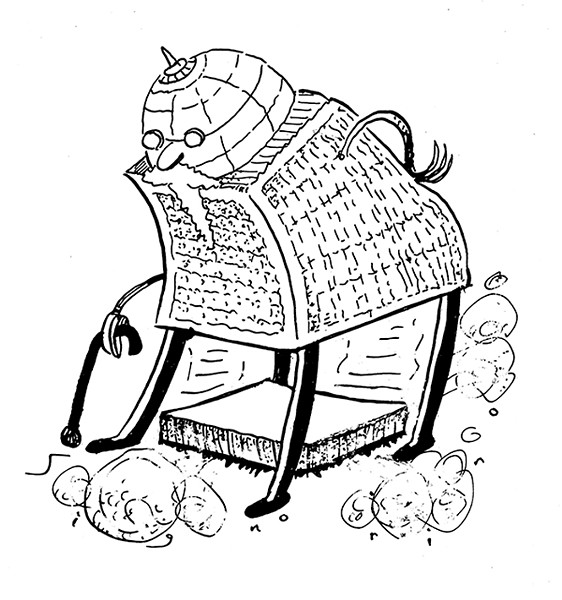 An engineering professor used to tell our class, "Everything eventually fails. The question is, when?" So what happens with a mammoth building? What's the intended life span of, say, the Willis Tower? The way cities are packed, I can't imagine a demolition crew can just drop a hundred-story building without causing chaos. —Concerned Citizen in Chicago

I'll concede that "Everything eventually fails" is more than useful enough as credos go. But there's a power at work here that can give even the ravages of time a fair fight: the profit motive. Last winter, the owners of the Willis Tower announced a $500 million plan to modernize the 45-year-old building, and the city started issuing permits over the summer. Clearly somebody doesn't think that thing's coming down anytime soon.

Renovating and retrofitting is increasingly the name of the game when it comes to giant buildings, the current thinking being that it's financially (not to mention ecologically) smarter to refresh them periodically than to tear down and start anew. Most experts figure there's no reason an appropriately upkept skyscraper can't stay there pretty much indefinitely.

Without upkeep? As we discussed in a 2016 column, towers in a low-lying city like New York, for instance, would have only about 50 years of life in them absent human intervention: water erodes foundations if no one's around to continually pump it out. In general, if you want to keep a structure standing, you're going to need a sound water-management plan; foundation aside, one requirement for skyscraper longevity is that their steel-reinforced concrete bones don't get exposed to rain, the acid in which eats at the limestone content.

But assuming they get proper TLC, the dinosaurs of the Manhattan skyline will likely hang around a while yet. Sure, we can expect to lose a few old office towers here and there in the coming decades, mainly structures that were built when energy was cheap and nowadays cost a fortune to heat and cool—all that single-pane glass, etc. But by and large in New York, market forces and building code collude to keep old buildings standing. Many skyscrapers went up in an era of fewer regulatory constraints, so developers thinking about a tear-down today may be looking at a necessarily smaller building in its place—and thus less rent revenue going forward.

Now, Tokyo is another story. Owing to the local mix of property values, zoning laws, and design standards, it often makes more sense there to knock down and rebuild. As The New York Times put it a couple of years ago, there's a bull market for demolition in Japan, and the nation is becoming a world leader in the fine art of removing skyscrapers.

The fine art? I'm guessing when you're picturing the "chaos" of skyscraper demolition, CCC, you're investing the scene with a lot of unwarranted drama—dynamite, countdown, plunger-style detonator, great clouds of dust and debris. In fact, the implosion method is now used for only about 2 percent of demolitions; most buildings, particularly in dense urban areas, are taken apart more laboriously, using cranes and elbow grease.

Those in the deconstruction business are constantly coming up with new techniques, though, and right now is a particularly exciting time to be a building wrecker. In South Africa, they're using high-pressure gas canisters in place of dynamite to break up concrete—quieter, less violent, and a lot less permitting required. In France, remote-controlled hydraulic devices push over supporting walls on midlevel floors, causing the top of the building to cave in on itself and pancake the rest on its way down.

But the Japanese are ahead of the pack. They've got lots of buildings to practice on, many just too tall and too tightly surrounded to raze the old-fashioned way, and since 2002 they've been bound by a stringent law mandating the reuse of building materials, encouraging them to make as little mess as possible. As such, Japanese companies have worked up startlingly gentle demolition techniques—you can find trippy time-lapse videos where structures appear to just slowly sink into the ground. In one method, the roof is held up by jacks as workers remove the top floor in its entirety; the roof is then lowered, and the process continues until the building's disappeared. Employing a similar concept, another version starts from the bottom: workers jack up everything above the ground floor, then take that out; rinse, repeat.

Fancy, and not just on the safety front: these demolition firms boast that their recycling of materials and relatively modest use of heavy machinery leads to impressive reductions in carbon emissions—up to 85 percent in some cases. Plus, the whole deal looks about as quiet and smooth-running as the Tokyo subway. There's no indication such techniques will make it to New York or Chicago in the near future, but neither will the incentives to demolish in the first place. Nor will notably quiet and smooth-running subways, for that matter. In more ways than one, we're stuck with the cities we've got.