What's Up With CWMA? 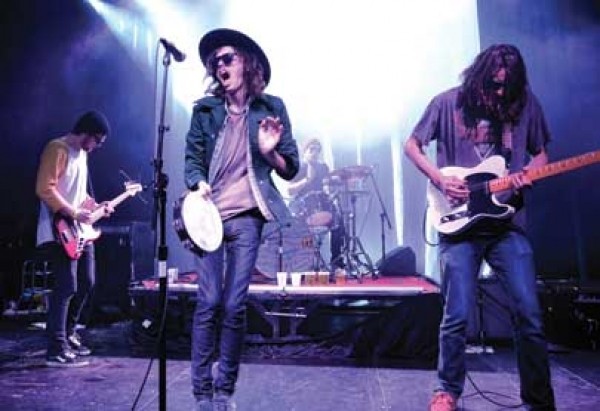 In years past, as I bundle up with coat upon coat each winter night of the City Weekly Music Award showcases, I often hear this radio DJ bit from Groundhog Day in my head:

DJ 1: OK, campers, rise and shine, and don’t forget your booties ’cause it’s cooooold out there today.

DJ 2: It’s coooold out there every day. What is this, Miami Beach?

Wouldn’t this annual event, which recognizes the best original Utah bands and gives readers a series of live showcases to see and hear those artists do their thing, be better during warmer months? Well, we think so.

So, folks, in the column where we’d normally give you a rundown of “how to CWMA,” and when the voting would begin, this week, we announce that the showcases will be moved to a more hospitable, warmer month for running around town to catch your favorite bands: April.

It shouldn’t be all that shocking—CWMA has undergone many changes over the years. Once upon a time, it was called Showdown to South by Southwest, and we sent the winning band to Austin. At another juncture, the public voted for their favorite bands in a variety of genres. Then, it was branded as the SLAMMYs, only to become the CWMAs a few years back. Two years ago, we instituted a DJ showcase, now expanded to two nights due to popular demand. And in 2012, the three-band final-showcase vote-off got the boot to make a more concise music-festival-like experience.

It’s gotten better each year, we think. But one thing has remained: The CWMAs is the best way to check out many of the finest bands in Zion and to support the local scene.

In 2013, we will continue to pick bands and DJs based on nominations from a panel of local music geeks and insiders. Once the final list is narrowed down, those bands will perform at the finest venues along the Wasatch Front in two showcases per night. And when it’s all said and done, one band and one DJ, based on online and in-person voting by the public, will reign supreme.

So, stay tuned. It’s been an amazing year for music in Utah, and we eagerly await the opportunity to celebrate it and relish in it.