When Your Loved One Apostatizes

Post-Mormon's Melanie Morales: All About Respect 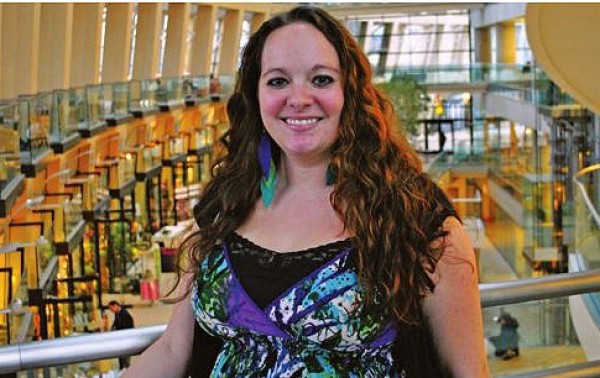 Melanie Morales is a presenter at the upcoming panel “My Loved One is Apostatizing ... What Do I Do?” at the Salt Lake City Main Library (210 E. 400 South, Thursday, Jan. 31, 6:30-8 p.m.) as part of the new SLC Post-Mormon (PostMormon.org) lecture series. Morales, who works in education, left the church two years ago and will be discussing topics with two other former church members and a current member of the church, with time for audience questions and discussion. The SLC Post-Mormon group plans to have lectures every other month, with future topics including “The Truth About Trek” and reparative therapy.

How did you leave the church?


I’m originally from Minnesota. The only way my parents would let me go to an out-of-state school was if I went to BYU, so I went. Then I went to grad school [at the U], and a lot of things there helped me make my decision to leave Mormonism. So I did. I connected with this group about eight months after I left and went to a lot of their events. My parents disowned me as part of this. So I kind of know what you shouldn’t do to people who have left, and what I would’ve liked to happen.


They found out that I was moving in with my boyfriend. We’d been dating for a year at that time. Once they found out, my dad sent me a text calling me a slut, telling me not to be around my youngest sister, who lives in Provo, and that he didn’t want to talk to me until I repented. I was on a family plan at that point—I’d just graduated—and then he disconnected my phone. I haven’t talked to him since.

How should your family have reacted?


My dad tends to make a lot of rash decisions. When my mom found out, she started crying and asking what she did wrong. I just think that they took it too personally—they felt that what I was doing was because of how they parented me, and it wasn’t about my decisions. I just wish they would’ve realized this was something I was doing not to hurt them, not to get back at them for anything they did wrong, but because it’s what I felt was right.

What would you tell a parent or family member who’s worried about a loved one leaving the church?

What was your decision process to leave the church?


I think the final push out of the door was realizing that the only reason I was doing the church thing wasn’t that I actually believed it, but that I was afraid that if I didn’t go to church, I would be condemned. I realized that being scared wasn’t a good reason to go to church. I definitely tried to believe, but then I just realized that I didn’t.

How did you tell your Mormon friends you were leaving the church? Did you bring beer to a party?


I can remember one person in specific. We were roommates—I lived with a bunch of Mormons at the time. We were talking about gay rights, and I was telling her that I am pro gay rights—always have been, always will be. And she threw the whole, “What about what the prophet has said?” And I was like, “Actually ...” Other times, I had an old BYU roommate that I was hanging out with, and she was asking me how my singles ward was, and I was like, “I don’t know!”
When it comes up, I will let them know. I don’t like to bring it up on my own—I don’t like to make it a big deal. Part of what we’re talking about at the panel is that people don’t always leave because they’re offended or because they want to sin. But after you leave, you’re like, “Wow. I can do all these things that I couldn’t before. Let’s test it out!” Some people go really extreme.

What other topics will be discussed?


The double standard. For example, when a Mormon will post about General Conference on Facebook, I don’t comment—I’ll let them believe what they want, that’s fine. But if I post something that sheds a negative light on religion—no matter what religion—people get up in arms, and get angry at me.
This presentation is not doctrine-related at all. It’s not about why people left, or why they’re staying. It’s just about how to improve relationships. I don’t want it to be a debate.