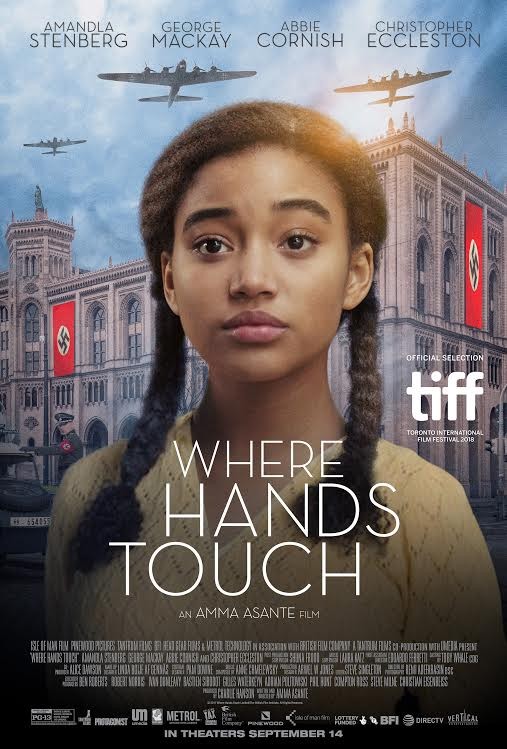 ★★★★★ ★★★★★
The James Baldwin quote that opens writer/director Amma Asante’s historical drama gives it an added spark of contemporary relevance in its story of who is considered welcome as a nation’s citizens. Amandla Stenberg plays Leyna Schlegel, the 16-year-old biracial daughter of a German mother (Abbie Cornish) in 1944 Rhineland. The family moves to Berlin hoping for Leyna to be more “invisible,” but she soon finds it impossible to stay invisible enough. Assante crafts a romance between Leyna and a Hitler Youth named Lutz (George MacKay), which feels intended to add to the epic/tragic sweep but sometimes feels more like a distraction. The fascinating material comes in the complexity Assante gives to every one of her characters: Leyna, who still thinks of herself as a good German, trying to differentiate herself from the Jews; Lutz, who compartmentalizes his desire to fight for his country; Lutz’s Nazi officer father (Christopher Eccleston), with a cynical view of this war. As familiar as some of the scenarios might be from other World War II era narratives, this one repeatedly complicates the matter of what nationalism means, and whom it serves. By Scott Renshaw

Sorry there are no upcoming showtimes for Where Hands Touch