Cause of burro deaths a mystery for BLM. 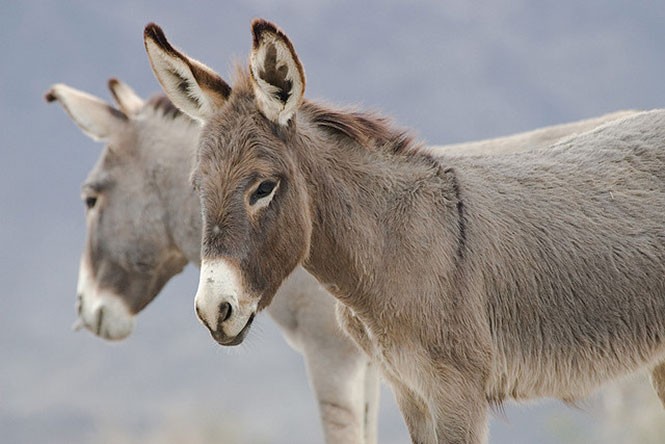 When 18 wild burros under federal management were found dead at the Axtell, Utah, wild burro corral and the Sinbad Herd Management Area, it left the Bureau of Land Management with a mystery on their hands.

"We have thousands of horses and wild burros across the country. Anytime we have any numbers that die, we have cause for concern," Jeff Fontana, BLM public affairs officer, says.

Gus Warr, the Utah Wild Horse and Burro Program Manager, shares Fontana's concern. He says the 18 deaths—relative to Utah and other states—is "uncommon and considered large," warranting the investigation.

Wild horses and burros were deemed "living symbols of the historic and pioneer spirit of the West" in 1971 by the Wild Free-Roaming Horses and Burros Act. The act charged the BLM with protecting and managing herds of wild horses and burros, that, according to the act, "Contribute to the diversity of life forms within the nation and enrich the lives of the American people."

Wild horses and burros are generally descendants of formerly domesticated horses or burros that either escaped from their owners or were let go. In Utah, many of the wild horse and burro herds—especially those in the Sinbad Management Area—got their start from runaways who never made it to market in California, and from those who, according to the BLM, were used briefly in mining operations at the Temple Mountain uranium mine.

Fontana believes the burros are worth the BLM's concern, and their expressed importance warrants the BLM's attention.

"What makes them so special and significant is they have federal protections," Fontana says.

The bureau sets population levels for wild burros and works to maintain adequate food, water and land to support the animals. As a way of alleviating problems from over-population, BLM frequently makes both wild horses and burros available for adoption by the general public.

As part of their responsibility to manage wild burro herds, the BLM—alongside a team of veterinarians—are investigating the deaths. So far, the team has completed seven necropsies. Additionally, no wild burros will be transported from either area until more is learned about the causes of deaths.

The 18 wild burros were a part of a larger group of 226 the BLM captured in their management efforts. Fifteen of the deaths occurred at the Axtell wild burro corral, while the other three were on the Sinbad Management Area, 30 miles west of Green River.

The BLM news release gave little information about a possible cause of death for the burros, and a final report has yet to be released—leaving the deaths shrouded in uncertainty.

Warr, however, says the deaths are likely a result of an upper-respiratory infection which leads to pneumonia.

"We've had some confirmed diagnosis of pneumonia," he says. "We've ruled out major equine respiratory viruses. There's nothing that's really been alarming—it's just a classic example of naïve immunological animals coming into an area."

Wild burros are often especially susceptible to viruses when moving them from site to site, according to Warr. The burros' immune systems are unfamiliar with pathogens that exist outside of their management area, and the problem is exacerbated by the stress the animals experience during relocation.

"The most challenging thing we face is putting [burros] in an off-range corral and they are then exposed to infection, which they are not exposed to on the range," Warr says. "It's like taking an infant child to a daycare where they have never been exposed to any viruses and then they get sick."

To remedy the susceptibility of burros to viruses, though, there is not much more for the BLM to do than what they have already done.

"The best thing we do when we have an outbreak is we control the outbreak wherever it starts—we don't send any animals out of the outbreak area and we issue a broad vaccination protocol," Warr says. "We just let the respiratory conditions run their course and try to reduce movement and stress; it's usually an answer to it."

Wild burros are a staple in rural Utah culture, and protecting them, Warr believes, is a matter that is driven by much more than federal law.

"There's definitely the legal aspect of it, but the uniqueness of it is these animals are culturally significant to that area," Warr says. "People like to see horses and burros roaming free. It's enjoyable for people to go out and see them in their natural habitat."