Wilfred, Under the Dome 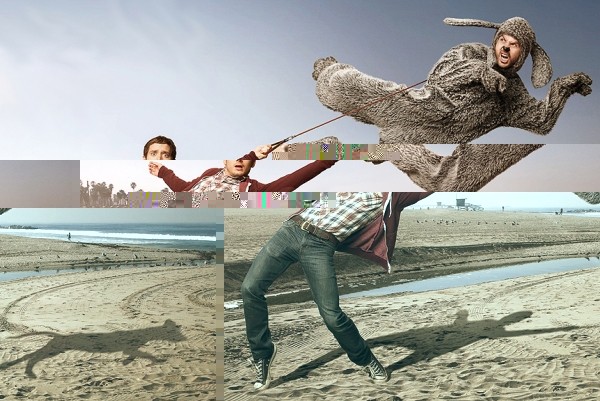 One-Hour Season Premiere: Sure, taking a year off from making Louie might have been good for your mental health, Louis C.K., but what about Wilfred? Now the poor pooch has to spend Thursday nights alone this summer! At the end of last season, Ryan (Elijah Wood) figured out that dog-suited friend/figment Wilfred (Jason Gann) has been in his head since childhood; now, he’s come to the comforting(?) conclusion that he’s always been crazy. Wilfred has a different theory: “I’m a magical being” (a rabid hatred of Ben Affleck is also somehow involved). A trip to Wilfred’s puppyhood home just raises more questions, like “Dog-cloning is a thing?” and “Who woulda thought Angela Kinsey would be the first ex-Office star to find work?” In the second—and funnier—new episode tonight, Ryan dares to make friends with Wilfred’s mortal enemy … the mailman!

Movie: As a loyal Tania Raymonde (Lost, Death Valley) fan, of course The Only TV Column That Matters™ is all over Jodi Arias: Dirty Little Secret, the “true” story of the convicted boyfriend killer who captured ’Merica’s … hearts? … via daily televised courtroom proceedings (related: Do none of you people have jobs?). There’s also the Mormon angle, the Arias trial being an LDS media embarrassment third only to Glenn Beck and whatever polygamy-reality show is debuting this week. Raymonde’s take on Arias isn’t entirely painless, and dead ex-lover Travis Alexander (played by The Mob Doctor’s Jesse Lee Soffer) doesn’t get off clean, either—no implied anal-sex jokes here, filth-mongers!

Devious Maids
Sunday, June 23 (Lifetime)
Series Debut: A drama headlined by five Latinas (Ana Ortiz, Dania Ramirez, Roselyn Sanchez, Judy Reyes and Edy Ganem, all of whom you’ve seen in supporting roles elsewhere) outside of Spanish TV is a first—and they’re playing maids. One step forward, etc. Devious Maids—yes, they’re all devious to some extent—is produced by Marc Cherry and Eva Longoria of Desperate Housewives fame, and Lifetime is on a roll with sexy-soapy, quasi-empowerment fluff like The Client List; there’s no reason this shouldn’t be a hit, especially with the “We’ve got the dirt on our rich bosses” angle. Sure, it could be smarter, but Devious Maids is still nowhere near as stoopid as ABC’s “female-bonding” trainwreck Mistresses.

Under the Dome
Monday, June 24 (CBS)
Series Debut: More like a miniseries, which is exactly the way non-cable networks should approach summer scripted shows: Don’t dangle a multiple-seasons promise you’ll never keep, just tell one great story and get the hell out. The 13-episode Under the Dome, as has been beaten into your media consciousness by now, is an adaptation of a Stephen King novel about a small town suddenly trapped under a mysterious, impenetrable dome—no way out, no way in, let the manic-panicking commence. King already laid out the great story, and pilot director Niels Arden Oplev (the original Girl With the Dragon Tattoo) delivers in the retelling with tense pacing and above-TV-average F/X. Even Twilight refugee Rachelle Lefevre, as the local newspaper editor(!), can’t ruin this. Just forget The Simpsons Movie and roll with it.