Hard To Do: Will Sartain gets dark For Love. 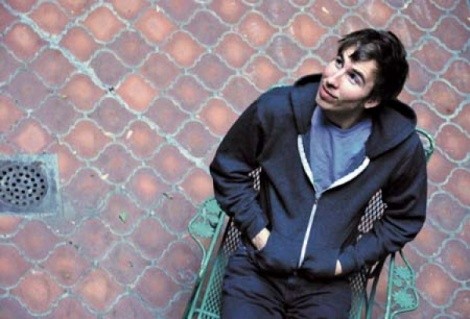 The vicious curbing portrayed in the film American History X is about the last thing you’d expect to free associate with Will Sartain, a local artist, concert promoter and club owner often seen around town sporting a massive grin—the same smile he wears onstage while bouncing through a set of energetic, indie pop-rock with his band, The Future of The Ghost. And yet, on Sartain’s latest solo album and fifth full-length studio LP, For Love, he tackles issues of mortality and disturbing scenarios with surprising depth and clarity.

On “Death and Prague,” he describes a horrific moment that occurred following a two-week train trip after his first European tour. Walking back to a friend’s apartment, he encountered a tall Czech man arguing with four gypsies, one of whom caught the man off guard, allowing the others to facilitate a brutal beating. Sartain stood by, assuming it would blow over. But things got ugly, fast.

“They kicked his head into the cement/And I became a different animal/Oh no/ God no,” Sartain cries on the track, relaying the moment when he impulsively ran toward the fight and chased off the attackers. The song’s imagery, striking and unsettling, is hard to shake, and it’s no wonder why Sartain is haunted by the memory. What’s less clear, at least at first, is why he chose to include it on an album ostensibly dedicated to the very opposite of senseless violence.

“I wrote it when I was severely depressed,” he says. “I’d just gotten dumped—that’s never happened to me before. And it sucks. It really sucks. I didn’t realize you could feel so bad.”

Heartbroken and devastated, Sartain holed up in Jay Henderson’s Feral Futures studio for the better part of six weeks and hammered out arguably his best work to date, though he’s reluctant to take credit for his evolution as a songwriter.

“I ride emotional waves with albums and bands and I think whatever developments I have made have been accidental,” he says, an honest and humble response that undercuts his tenacious experiments in the studio, some more obvious than others.

Those who’ve followed Sartain’s solo career—from the fresh-faced debut, Beep (2003), and refined Listening Booth (2004), to the more slickly produced Automatic Body (2006) and its raw response, Bash Your Face In (2008)—have watched him grow as an artist and as an individual coping with the harsh realities of adulthood.

Not that For Love is verbose. In fact, it continues Sartain’s signature straightforward way with words. Simple and to the point, he tackles weighty subjects without causing listeners to reach for their thesaurus or to speculate over a song like “Sold Everything,” about a terminally ill patient. “I won’t take drugs all day/And just see it my way/Throw caution to the wind/I want to live,” he sings in harmony with former Redd Tape/Tremula band mate Lindsey Heath, one of several skilled locals who appears on the album. Additional contributors adding organ, strings, backup vocals and handclaps to the mix include Sean McCarthy, Brinton Jones (The Devil Whale), Sarah Custen (Fauna), Henderson (Band of Annuals) and many others who, in a way, helped Sartain bounce back from despair.

As he prepares to make the rounds with For Love, first locally and then abroad in December, Sartain is wiser, stronger and more prepared to tackle the next big barrier.

“Beep was very exciting because it was my first and the palate was fresh,” he says. “But being broken hearted was new and exciting, too.”