Will Smile for Cash

Feature: At $43 million and counting, The Leonardo Museum better kick some ass. 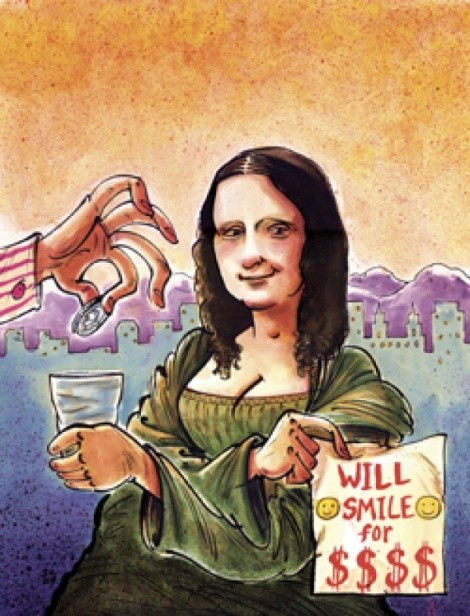 When The Leonardo’s executive director Mary Tull went on vacation at the beginning of August, the museum’s PR consultant, Lisa Davis James, told Tull to pack her cell phone. She knew there was work still to be done.

On Aug. 14, the Salt Lake City Council would vote on the future of the interactive, multidisciplinary art, culture and science museum for which Tull has raised funds as a consultant and, since 2005, has headed.

Thanks to inflation, the museum’s management says, it now needs $13 million on top of the $10.2 million Salt Lake City voters agreed to pay in additional property taxes back in November 2003. The $23 million is the current cost of retrofitting what Tull describes as the “much beloved,” long-vacant downtown Salt Lake City library building on Library Square.

Tull is married to Salt Lake City’s First Unitarian Church minister, the Rev. Tom Goldsmith. For several years, Goldsmith and his wife had planned to attend a retreat on Washington’s San Juan Islands in August.

But five days after they landed on the archipelago, Tull cut short her vacation, leaving what she describes as the island’s “cool, wonderful mist” to return to Utah’s heat-scorched plains.

“I was on the cell phone constantly, talking to everyone,” Tull says. “The level of anxiety, the level of meetings [that were taking place], I really had to be [in Salt Lake City].” She sighs. “That was not fun. It was hard to leave and come back to the desert.”

But despite such a literal about-turn, The Leonardo, Tull says, is not in a crisis. “This is a defining moment, it relates to our home, where we are going to be.”

Others, however, saw this “defining moment,” and her brief vacation, differently. Three pages of highly critical questions about the Leonardo were e-mailed by a “Mr. Leo” to the Salt Lake City mayor’s office and City Council as well as City Weekly days before Tull left for the San Juan Islands. “Mr. Leo” noted, “Director leaves for vacation […] during the most crucial time when leadership is needed. What does this say?”

Until recently, rumblings of discontent about The Leonardo have focused on alleged ego conflicts and the impact the museum’s outstretched hand has on Salt Lake City’s donation pie. These complaints arguably have been drowned out by The Leonardo’s spin machine led by Tull and PR consultant James. But “Mr. Leo’s” electronic missive both crystallized and added to those concerns, raising questions about how well the project’s being managed, its financial health and the viability of its future. What seems to lie behind the e-mail is a concern that, up till now, this admittedly complicated mix of public and private funding lacks transparency.

For now, though, fans and well-placed supporters far outnumber critics. “We treasure and value The Leonardo,” says Tim McInnis, assistant dean at the University of Utah College of Humanities. “I think the world of Mary [Tull].”

In October 2005, Leonardo founding partner The Center for Documentary Arts presented—along with the College of Humanities, The Leonardo and the SLC Film Center—the 10-week Exodus exhibition. This was, by all accounts, a riveting photographic journey by Brazilian photographer Sebastiao Salgado into the global tragedies of social displacement and genocide. Exodus was hailed as a triumph for the yet-to-open Leonardo, a sign of the riches to come. It confirmed for Salt Lake City’s intimate world of liberal arts afficionados the museum as a future jewel in the crown of this city’s progressive cultural offerings. McInnis, for one, sees the museum becoming “the intellectual nerve center” of the city.

Tull’s decision to abandon the mist-drenched San Juan Islands may have paid off: The City Council came through for the beleaguered museum. Not only did it pony up $600,000 to secure a $1 million FEMA grant for seismic retrofitting, it made an “extremely important commitment to find a solution [to the $13 million funding gap] within 30 days,” says The Leonardo’s Belgium-born business manager Philippe Wyffels.

The recent spate of press coverage on the construction funding gap follows 18 months of relative disinterest by the media. For “Mr. Leo,” such indifference at a time when the city contemplates committing more taxpayers funds to the project appears unacceptable.

“Before any additional public funds are committed or any new bond referendum is placed on the ballot, City Administration, City Council has a duty to require full audits both financial and management,” “Mr. Leo” writes. “Yes?”

The current publicly quoted cost to open the museum stands at $33 million. But, even if the City Council answers the Leonardo’s prayers and cuts a $13 million check to cover the construction-funding gap, $33 million will not be enough. The Leonardo, its management says, needs at least another $10 million. Who will foot that bill and the many more to come if and when the museum starts welcoming visitors is arguably the biggest question of all.

Which is why this story is all about the numbers.

Just ask Deeda Seed, one of the few willing to speak out publicly on The Leonardo. A former Salt Lake City Councilwoman and famously fired spokeswoman for Mayor Rocky Anderson, Seed worked with The Leonardo board for a spell and says she’s stayed in touch with the situation. She now manages development for the Southern Utah Wilderness Association.

What it comes down to, she says, is clear: “[This project] needs to be salvaged in a practical way, the light of reason [brought to the] budget process.”  >>