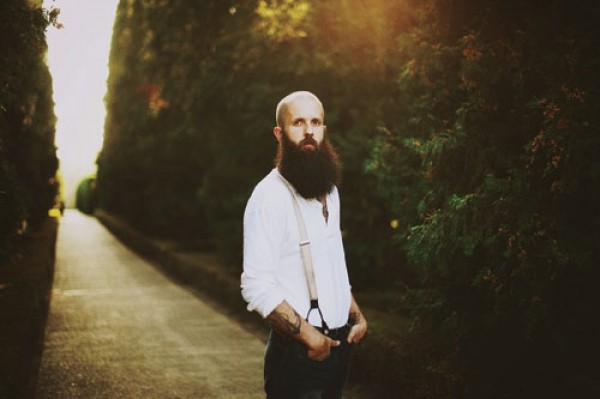 Before he started work on his newest record, Lions, singer-songwriter William Fitzsimmons had an epiphany about the way he was approaching music. To put it mildly: He didn’t like what he was seeing.

“I’d gotten caught up in doing this as a job in the previous year or two, and I was pretty disgusted with that experience,” the Illinois-based musician says. “I felt like I wasn’t able to concentrate on what I was supposed to do, which was to observe, feel and communicate as clearly and beautifully as possible.”

The feeling that something was not quite right built up over a period of time surrounding the release of his previous record, 2011’s Gold In the Shadow. His music was being featured on a number of TV shows, and various media outlets were praising his work, so there was pressure to try and make music that was more palatable for the masses. But then Fitzsimmons had an “aha” moment where he realized enough was enough.

“I was recording and was getting feedback from various entities about getting to the chorus faster or cutting out a verse to make it a more appropriate radio length,” Fitzsimmons says. “To me, that’s borderline laughable for this kind of music. It didn’t make sense. It felt disrespectful to the people I knew who were connecting with my music. They didn’t care about those things. What they wanted was something honest.”

So Fitzsimmons started writing simply for the sake of writing. He turned his filter off, ignored any notion about whether a song might be marketable, and just started creating in a way that felt true to him. And that led to a breakthrough that’s readily apparent on Lions. A deeply personal work, the album is largely an exploration of the relationship between Fitzsimmons’ oldest daughter and her birth mother, with Fitzsimmons acting as a background character. For Fitzsimmons, not being the focus of the content was a welcome challenge for him.

Approaching his songwriting from a new angle proved to be refreshing for Fitzsimmons because it allowed him to explore the interpersonal dynamics of people who play a significant role in his life. The album is proof of the personal and professional growth that Fitzsimmons has undergone over the past few years.

Lions, he says, is a “conversation between the two [people] that hasn’t happened yet, and may not happen,” he says. “I’d never really done it that way before, but honestly, I was so sick of being so introspective and selfish with my music that I needed something a little different.”

Acoustic opener “Well Enough” finds the mother pondering whether she did enough to leave a positive mark on her daughter’s life before she left her, and “Speak”—the ambient piano ballad that closes the album—gives a profound take on the mother’s sense of loss and whether she should bother to pretend that she is truly her daughter’s mother, absentee or otherwise. Found between these bookends are songs that deal with a mother’s dimming hope that she is still in her daughter’s heart (the Americana number “From You”) and painfully exquisite memories of bringing a life into this world on the folk-pop track “Took,” with lines like, “But you took your breath from me.”

In contrast to some of his previous work, Fitzsimmons’ new songs are “more authentic because they’re ambivalent,” he says. “Just about every song on every other record I’ve done is very monotonal. They certainly embrace honesty and sadness, but there’s not too much else going on. I think it took me up to this point to realize you can have conflicting thoughts, opinions, emotions and beliefs at the same time in a song.”