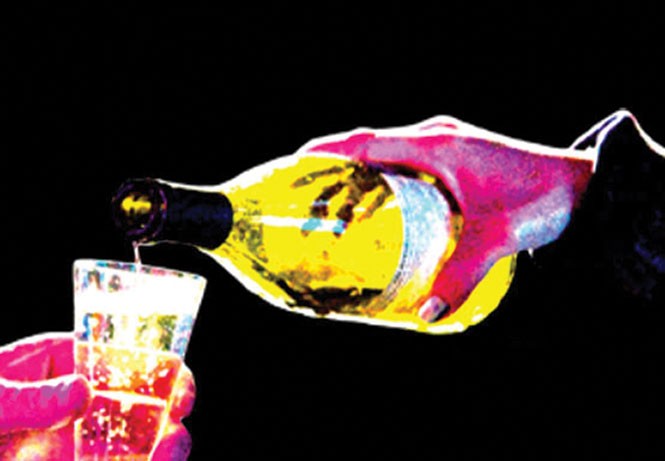 WTF
The evening of Saturday, Jan. 16 promises to be a trifecta of fun, as SB Dance (SBDance.com) hosts its wintertime social and performance Wine Theater Food (WTF). According to the organizers, WTF is "the little sister of the popular Eat Drink SLC, which takes place in July at Tracy Aviary."

WTF will take place from 6:30-10:30 p.m. at the Black Box in The Rose Wagner Performing Arts Center (138 W. 300 South, Salt Lake City), and will feature a live performance by SB Dance, a silent auction and a dance floor for patrons to get down after the performance. Food selections will be provided by restaurant partners including The Annex, Avenues Bistro, Copper Onion, Manoli's, Mazza, Provisions, Whiskey Street, Zest, 3 Cups and Rocky Mountain Chocolate Factory at City Creek. Wines from around the globe and locally crafted spirits and beers will be donated by Vine Lore Wine and Spirits, Beehive Distilling, Epic Brewing, High West Distillery, Kid Curry Vodka and Takashi. Overall sponsors of WTF are Nicholas and Co. and Show Gear Partners. It sounds like a terrific night of dance, drink and dishing. Tickets (priced $60-$90) can be purchased at ArtTix (ArtSaltLake.org).

A Proper Brew
Craft beer lovers will be happy to learn that the folks behind Avenues Proper Restaurant & Publick House (376 Eighth Ave., Salt Lake City, 385-227-8628, AvenuesProper.com) are opening a new microbrewery and tavern at 857 S. Main, near the old Sears department store and a short jaunt from Epic Brewing and The Bayou. It's easy to spot the new Proper Brewery, since one entire side of the building is painted with the word "proper" in ground-to-roof lettering. Plans for the brewery include a slimmed-down menu from that at Avenues Proper, and a more casual environment and ambiance. The new brewing location will allow for 120 barrel tanks and a new space for bottling, which means that Proper Brewery will be able to brew the higher-alcohol beers (exceeding 4 percent ABV) that must be sold in bottles (not available in kegs), as required by Utah alcohol laws. Stay tuned here for further opening information.

Quote of the week: You can't be a real country unless you have a beer and an airline; it helps if you have some kind of football team, or some nuclear weapons, but in the very least you need a beer.