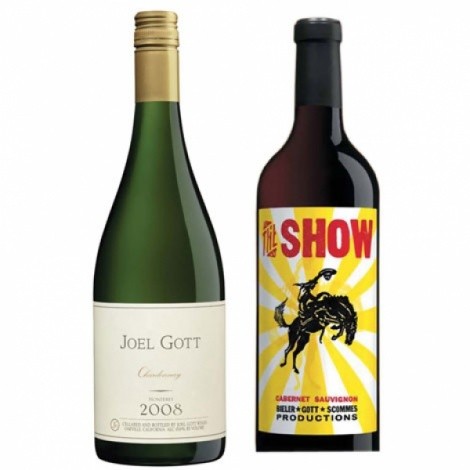 One of the benefits of this job—aside from all the great food and drink—is getting to meet interesting and talented people. When those people are also funny and grounded … well, that’s even better. Which brings me to Joel Gott: During lunch at Park City’s Spruce restaurant, the conversation ranged from Utah’s deep powder to child-rearing to burgers and, of course, wine.

“Have you had the ’08 Spottswoode Sauvignon Blanc yet?” Joel asks, as we get down to the important business of ordering food and drink. “It’s exceptional!” And, of course, he’s right. It’s a very appealing Sauvignon Blanc—one that sells here for around $30, a bargain compared to pricing elsewhere.

Stainless-steel aging and eschewing malolactic fermentation produces a lovely Sauvignon Blanc brimming with tropical fruit flavors, terrific balance and a surprisingly complex structure, all with food-friendly, crisp minerality. Dare I call this an elegant wine for $11?

Having plowed through Spruce appetizers ranging from charcuterie to watermelon salad, I’m not surprised when Gott orders the Spruce burger. I’d raved about it, momentarily forgetting that Gott knows a thing or two about high-end burgers: Along with being a masterful winemaker, his family also owns Taylor’s Refresher in Napa Valley’s St. Helena, a refurbished old drive-in whose umbrella-shaded picnic tables and gourmet burgers are well-known to wine-country visitors.

Frankly, I’m floored whenever I open one of Gott’s value-priced ($11-$18), blended California wines, be it the aforementioned Sauvignon Blanc, his intense ’07 Zinfandel, the seamless 2007 Cabernet or his crisp, clean Chablis-like Chardonnay. Says Gott: “One of the things I think we’ve been really doing well at is leading the charge in value-priced wines. It’s all about what’s in the bottle and where the fruit comes from and how we plant it.” No wonder James Laube in the Wine Spectator called Joel Gott “the Robin Hood of winemaking.” I wouldn’t say that he’s robbing from the rich, but he’s certainly bringing terrific, well-made wines to us poor.

Of course, there are plenty of great wines out there. One thing that makes Gott especially interesting and relevant here is his new relationship with Utah. His wife’s sister lives in Park City, and the Gotts recently purchased a new home there. “I loved going to Vail and Aspen and places like that. By chance, we started coming out here to Utah.”

He laughs and says, “I was in the market to buy a vineyard, not a friggin’ house. But we liked it here, and, door-to-door from our house in St. Helena to the house here, it’s only 4 1/2 hours. So we bought a house!” His wife, Sarah, is the master blender at Joel Gott Wines and former winemaker at Joseph Phelps winery and Quintessa, “and so we flip-flop,” says Gott. “When we’re blending, she’ll go to Napa and I’ll stay here, and vice-versa when bottling. There’s really nowhere else we could do this, except Utah.”

In addition to Joel Gott Wines, Gott is also one of the “three thieves” of Three Thieves winery where, along with Charles Bieler and Roger Scommegna, they pushed wine-packaging boundries with Tetra Paks. Three Thieves’ “The Show” is a full-bodied Cabernet Sauvignon-Petite Sirah blend that kills at $14. The thieves have also partnered with Newman’s Own Foundation, and their Newman’s Own Chardonnay and Cabernet offerings are solid and very easy on the budget. In addition, the trio is also the brainpower behind Bandit, Firehose, Wingnut and True Earth Wines.

Got Gott? If not, it’s time for a trip to the wine store.