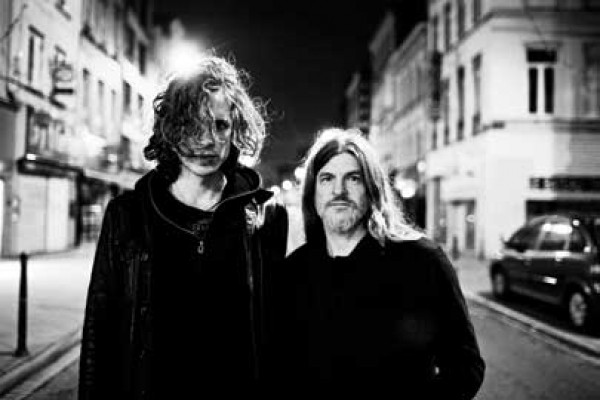 When Scott “Wino” Weinrich talks about “the power of the song,” he doesn’t necessarily mean volume, as his lengthy résumé may imply. Since the mid-1970s, with doom- and stoner- metal bands The Obsessed, Saint Vitus, Spirit Caravan and The Hidden Hand, Wino has wielded the mighty riff like a magical, mythical blade. In the metal macrocosm, the Maryland-born guitarist, singer and songwriter is a god, chucking crackling bolts across the sky. So, the image of him hunched over an acoustic guitar, initially, feels odd.

“I wasn’t even interested in performing acoustically,” Wino says. But someone suggested he give it a try, and solo album Adrift (Volcom, 2010) got rave reviews. Less than two years later, Wino is putting out Heavy Kingdom (Exile on Mainstream), an acoustic collaboration with enigmatic German singer-songwriter Conny Ochs, who opened the tour in support of Adrift.

Despite Wino’s reputation for consistently delivering the goodness, it’s startling how Wino, a known quantity, and relative newcomer Ochs jell in this strange arrangement. Wino’s usual dusky, gravelly voice now conjures Steve Earle and The Tragically Hip’s Gord Downie. It dovetails with Ochs’ passionate intonations as they harmonize over arid acoustic arpeggios and chords underscored by Wino’s occasional spare electric overdubs. The songs address the usual singer-songwriterly topics—regrets, burdens, relationships. While far from the usual metal fodder, they bear an encumbrance that’s familiar from Wino’s apocalyptic other work and assert that “metal” is subjective.

The godlike power of Wino’s other bands remains; it’s just different with Ochs. Wino is more of a passive deity possessed of a brutal sensitivity and distant, eagle-eyed perception. Ochs buttresses this with a similar ken, hence the power. Their harmonies are a brotherly commiseration; one sings the other’s words with the author’s conviction that, in turn, the listener adopts. That’s the “power of the song” that late, legendary singer-songwriter Chris Whitley—a huge, if new, influence on Wino—so deftly plied, using only his voice and an effects-laden Resonator guitar to hold a crowd rapt and shake their cores.

Wino says his audiences have had to adjust, too, but that they’re feeling it. “The [live] energy is good, pretty much the same,” he says. One show, however, was peculiar. “We played a seated venue—a church—not too long ago. It was strange, but cool. Everyone was quiet, very respectful. But it was fuckin’ weird.”

He’s long since overcome his own awkwardness and says he’ll now divide his focus between a reunited Saint Vitus (Wino will play at The Urban Lounge on Oct. 4 with Saint Vitus, who recently dropped Lillie: F-65 on Season of Mist) and working with Ochs. Energized by taking things down a notch, Wino says, “It’s a challenge … and definitely a different animal, but I’m pretty happy.”