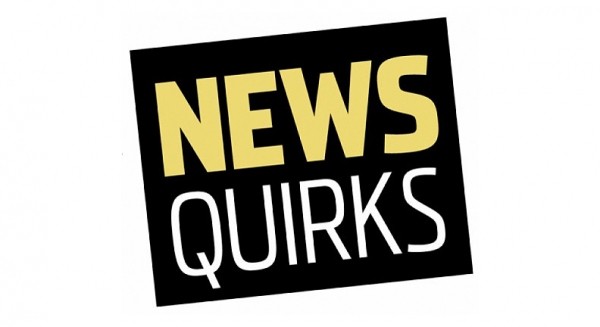 Woe Is Us
Biologists studying the speed of mammal extinction on islands created when the Thai government built a dam across the Khlong Saeng river 36 years ago reported in the journal Science that on most of the islands in the 60-square-mile reservoir, all the original native species have vanished. They’ve been replaced by Malaysian field rats. “Our results should be a warning,” Luke Gibson of the National University of Singapore said. “This is the trend that the world is going in.” (The New York Times)

Drinking-Class Hero
After six adults and two children fled from a burning house in Columbus, Ga., Walter Serpit returned to rescue some valuables. “Being an alcoholic, I was trying to get my beer out,” Serpit said after escaping the flames with several cans of his favorite brew. (Columbus’s WTVM-TV)

Failure of the Week
After Yamkala Sapkota, 31, failed her driving test for the fourth time, despite having taken more than 90 lessons, she set herself on fire. The Nepalese immigrant admitted recklessly endangering the lives of others, but a Scottish court set her free after hearing that the cost of her driving lessons had placed a “significant” financial burden on her family. (Britain’s Daily Mail)

Intruder Alert
An animal control officer responding to a report of a bat inside a home in Arlington, Va., found that the intruder was actually a sweatband. (The Washington Post)

Second-Amendment Follies
Concerned about the spread of plastic handguns made from 3-D printers, officials with the federal Bureau of Alcohol, Tobacco, Firearms & Explosives produced several versions to test. While agents were testing one model, made from a kind of plastic called Visijet, it blew up in their faces. (The Huffington Post)

• Sheriff’s deputies investigating reports of shots fired in Lockhart, S.C., said a 19-year-old girl told them that her finger was “blown off” when she tried to stop an 18-year-old man from killing himself with a shotgun during an argument. She explained that the gun went off accidentally while she tried to pull the muzzle away. (Greenville’s WHNS-TV)

• A 65-year-old man shot out a wall at South Dakota’s Bismarck Airport while trying to disarm his gun so he could check it. Police Sgt. Mark Buschena estimated the damage at between $1,000 and $2,000 but said no charges would be filed because the gunshot was accidental. (The Bismarck Tribune)

• Chicago police who arrested Tiara M. Paul, 20, said they put her in a police cruiser, but while they waited for a female officer to arrive to conduct a search, Paul tried to hide a concealed handgun in the cruiser. She accidentally shot herself in the back. (Chicago Sun-Times)

Drone On
Amazon.com founder Jeffrey P. Bezos, 49, unveiled a working prototype of a drone that he predicted would pave the way for using drones to deliver packages in as little as 30 minutes. The unmanned aerial vehicle uses a claw to scoop up packages at Amazon fulfillment centers and transport them to customers. Appearing on CBS’s 60 Minutes, Bezos said the technology could be fully implemented within five years. (The Washington Post)

Shadow Land
Residents of the Norwegian town of Rjukan, which sits in the shadow of surrounding mountains for six months of the year, saw the winter sun for the first time after three, computer-controlled, 183-square-foot mirrors were placed on one of the mountains, 1,500 feet above the town square. “Before, when it was a fine day, you would see that the sky was blue, and you knew that the sun was shining, but you couldn’t quite see it,” local tourist official Karin Roe said. “It was very frustrating.” (Associated Press)

Pity Payoff
Former University of California Davis police Lt. John Pike, who was suspended and later resigned after pepper-spraying protesters demonstrating against a tuition increase, was awarded $38,055 in workers’ compensation for “psychiatric injury” and “continuous trauma” resulting from the incident. (San Francisco Chronicle)